The Emmy-nominated Catastrophe returns to Amazon Prime on April 28, and a new sneak peak gives a quick update on TV’s best dysfunctional-relationship comedy that is not titled You’re the Worst: Rob (Rob Delaney) has taken to jerking off in the basement and not wearing trousers, Sharon (Sharon Horgan) is super distraught over Brexit, and hey there’s the late, great Carrie Fisher in one of her last on-screen performances, rocking a truly splendid piece of eyewear. 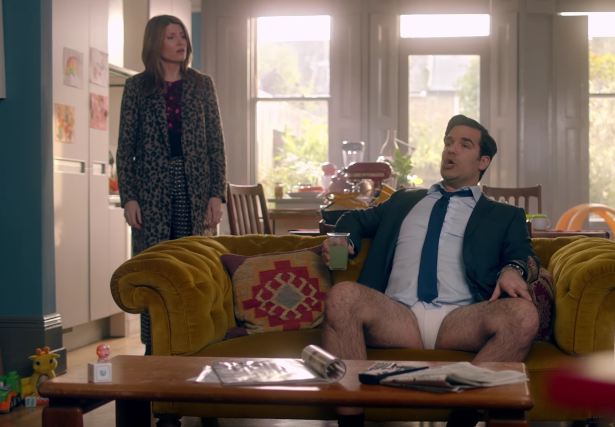