Now that the 2016 election is over, the postmortems about Hillary Clinton’s “doomed” campaign are starting to emerge. But there’s another, Twitter-specific brand of vitriol being directed at Chelsea Clinton.

The former first daughter has said time and again that she has no desire to follow her parents into politics at this time. But that hasn’t stopped (mostly male) journalists and Twitter users from grilling her about it, no matter how many different denials she offers:

Love that more scientists are planning to run for office*

*Periodic reminder that I am not running for office https://t.co/A5bphDsbKz

So who from Left Twitter is going to step up, move from Brooklyn to White Plains, and challenge Chelsea in the NY-17 primary?

I'm not running for anything*

@neeratanden @ChelseaClinton @Rob_Flaherty She doesn't have to tell me anything. I was seeking clarification for a very vague statement. It's up to her if she wants to clear it up

Goodness gracious! I've no plans. How much clearer can I be (since you ask for clarity)?*

It gets weirder, though—some reporters are taking Clinton to task for the way she’s responded to these claims. That’s right, they’re mansplaining a woman with master’s degrees from Oxford and Columbia: (and a doctorate from the former to boot)

And keeps saying in weird verb tenses that she's not interested in political office.

Politicians play this game. We think you are too. https://t.co/CR3n1aVO9i

Chelsea Clinton has given plenty of signals she might run.

She suggested she was tired of the speculation.

I told her how to end it. Sorry

Not surprisingly, other members of the media (of both sexes) don’t think any reporter should tell Clinton how to end anything. They too took to Twitter to make their positions clear:

Lotta dudes in the media are VERY concerned about whether Chelsea Clinton will run for office and they WANT HER TO KNOW ABOUT IT pic.twitter.com/ic3Pl7h5Na

The demands for an answer are bad enough. "Answer me the way I TELL you to answer me" is entitled bro syndrome shit and creepy af. https://t.co/v971u8Vknc

So Ivanka Trump is in the actual literal 1600 Pennsylvania Ave @WhiteHouse but we're doing THIS every day?
Oh, guys.pic.twitter.com/tjSNeoFsSR

I mean, look at this! Here's another "way to end this": Stop being an asshole. pic.twitter.com/xalJtQWsuv

Looks like the second generation of the Clinton-media battle will be just as heated as the first. 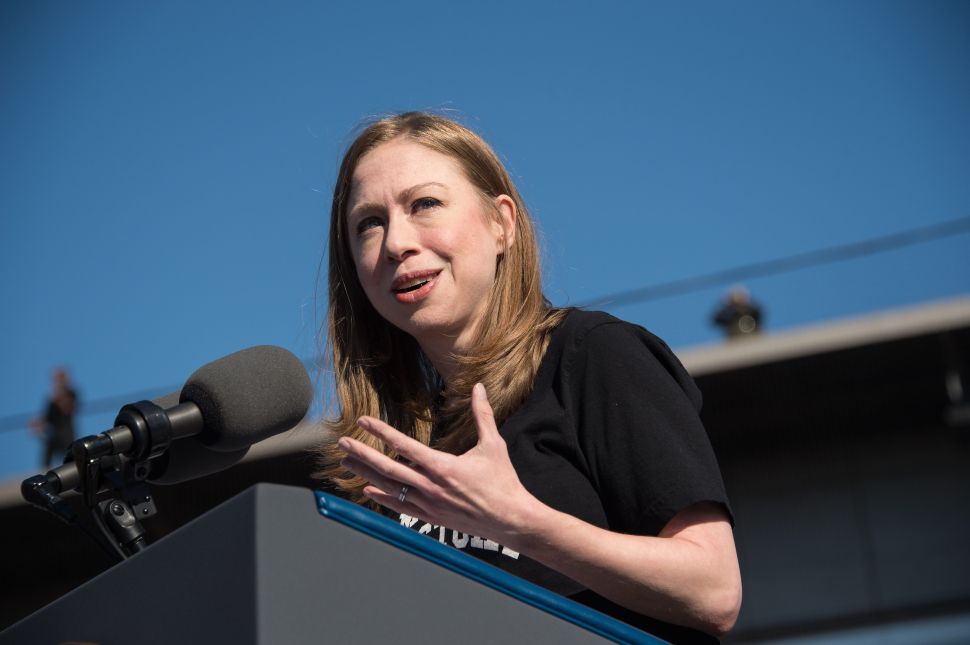