Around the same time that Donald Trump was inaugurated, the mainstream media and Clinton partisans tried to inaugurate Chelsea Clinton as the leading spokesperson of the Trump resistance. Since January, The Hill publishes on average of two articles per week about Chelsea Clinton, usually remarking on something she tweeted.

Politico, The Washington Post and several other media outlets published profiles praising Chelsea Clinton, on top of running articles about her tweets. It’s painfully obvious that the mainstream media is shoving Chelsea Clinton down Americans’ throats with interviews, magazine covers, awards and a constant obsession over her substance-free tweets.

The Guardian reported that the event Chelsea Clinton participated in was organized by Oxford’s Stop the War Coalition. Apparently, its organizers perceived Chelsea Clinton’s interruption as a joke because of how awful it was.

“The student convener of the Campaign for Nuclear Disarmament, Liz Hutchins, said Ms. Clinton was mistaking concern about the American government’s policy for dislike of Americans. Every student protest group has expressed its sympathy for the events of September 11. ‘But, there is quite a strong feeling that the systems the U.S. uses to rule the world are very unfair to most people. It’s a completely normal tactic to throw allegations around, rather than addressing the real issues of American foreign policy,’ she said.”

During a Variety Power of Women Luncheon, Saturday Night Live Star Vanessa Brayer joked about Chelsea Clinton’s mother losing the election, which Chelsea Clinton retorted back against during her speech. At the event, she was being honored for her role with the Clinton Foundation’s Alliance for a Healthier Generation, which is tantamount to little more than a corporate partnership between junk food companies like Pepsi and health insurance companies like Aetna.

On April 22, Chelsea Clinton called herself a “social scientist” and responded to Twitter users making fun of her self-adulating description by citing her doctorate in international relations.

Chelsea Clinton is no stranger to manipulating negative media coverage to benefit her family. In 1998, an article in Time magazine described a game that Bill and Hillary made Chelsea play at dinner that used to make her cry: “Dad was in the middle of an especially ugly re-election fight, his enemies were drawing blood, and so they all tried a game at the dinner table: Chelsea would pretend that she was her father, making speeches about why people should vote for her, and then he would attack her, say really mean things, so she would learn to protect herself. At first, the exercises reduced the little girl to tears: ‘Why would anybody say things like that?’ But after a while, Hillary later wrote, ‘she gradually gained mastery over her emotions; she came to understand people’s dark motives; and, finally, she would come back fighting, fully prepared to handle the wicked lies that enemies might tell.'”

The authors of the article noted what it would take for the public to be prepared when the Clintons’ enemies were the ones telling the truth, and it was the Clintons who were lying. Chelsea Clinton famously served as a public relations strategy to the Clintons during the Monica Lewinsky scandal. Now, Chelsea Clinton is being used to not only rehabilitate Hillary Clinton’s image but to elevate herself as the heir of the Clinton dynasty. This elitist sycophancy embraces the Clintons with open arms, lavishing them with awards, book deals, highly paid speeches and praise. Critics may not be able to alleviate this undeserved, constant Clinton adoration from the political establishment and pop culture. However, they can push back against Chelsea Clinton emerging as a spokesperson for the Trump resistance, which will ultimately transition into the political office she has assured everyone she won’t be running for—at least not at the moment. 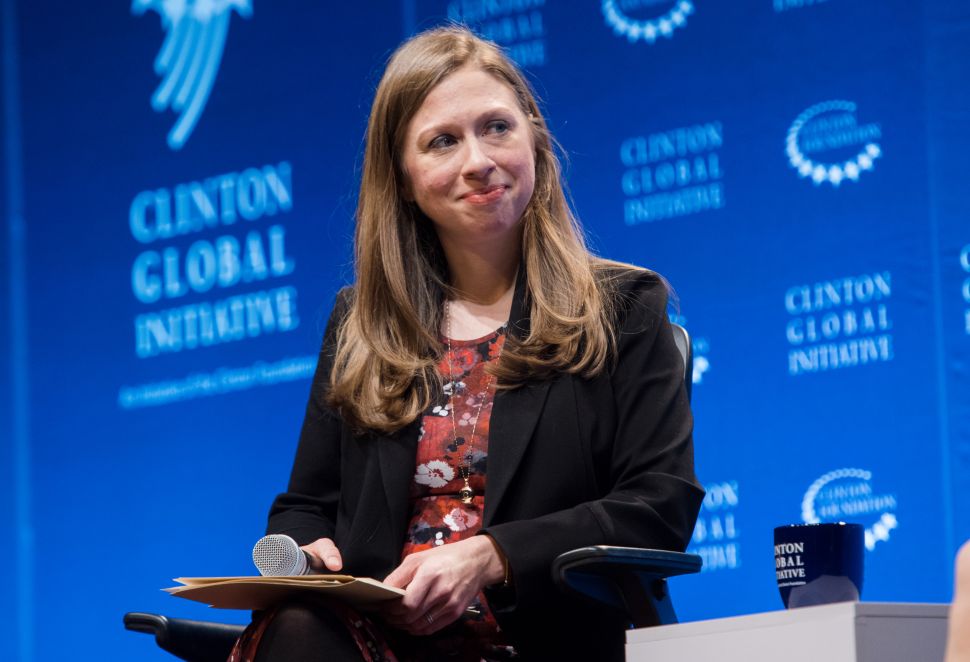