“Diplomacy is the art of telling people to go to hell in such a way that they ask for directions.” -Winston Churchill

President Donald Trump is undeniably boisterous about his policies, thoughts and strategies. He uses Twitter to communicate his ideas, and his pointed tweets often devolve into a tit-for-tat dialogue with all manner of combatants, from world leaders to Oscar nominees. Most recently, the President used Twitter extensively to try—and fail—to steer the American Health Care Act through the House of Representatives.

Trade is equally important to Trump as repealing and replacing Obamacare, tax reform, and building a wall along the Mexican border. He campaigned early and often on the issue of renegotiating America’s trade deals with Mexico and China. No president in recent history has attacked our trade partners like Trump. His appointment of Peter Navarro, one of the country’s most vocal anti-China economists, as the head of the newly-created National Trade Council showed that Trump was doubling down on his promise to stop the “rape”—Trump’s term, which Navarro approves—of America by China.

In about a week, Chinese President Xi Jinping will head to Mar-a-Lago for what could be a shootout at the trade corral. But will it? Secretary of State Rex Tillerson seems to have reversed the rhetoric during a recent visit to China. In the Great Hall of the People in Beijing, Xi and Tillerson spoke warmly about cooperation. Xi praised Tillerson for his reported remarks (which sound more like a ransom note) that the “China-U.S. relationship can only be defined by cooperation and friendship.” That basically goes against every statement Trump has ever said regarding China. His rhetoric about the world’s second largest economy is usually characterized by terse and alarmist language, such as that of a criminal China that would “suck the blood out of the U.S.”

So, what is going on here? Has Trump softened his stance on China? Has his globalist gang of economic advisors at Goldman Sachs asked him to reconsider? Where are Navarro and fellow hawk Robert Lighthizer (President Trump’s nominee for U.S. Trade Representative) in all this? There are three possibilities. Both Xi and the American public should consider them all, as they will affect the U.S. and global economy far more than even the most contentious health care issues. Let’s explore the all three avenues.

The first possibility is that the Trump administration is playing games. Could the silence on China by the Trump-Navarro-Lightizer trio be the strategy of wise men who see that it isn’t in their interest to broadcast their intentions over a megaphone? Could real diplomacy be in play that, as described in Sun Tzu’s Art of War, throws the opponent off balance? Could a smiling Xi come to enjoy the balmy Palm Beach weather only to be kicked in the teeth?

The second possibility is that Trump and company are backing down. Afraid of upsetting the global order and financial markets, the administration’s China tantrums are going to be tempered. Xi will arrive, and instead of the president serving him a Big Mac for dinner, as Trump once predicted, Xi will receive a gracious dinner befitting of a great leader and ally. After all, Trump spent a lot of time on Twitter criticizing all the golf outings and associated security expenses of former President Barack Obama, only to make the former president look like a stay-at-home cheapskate. Trump can reverse himself faster than a whirling dervish, so perhaps another policy rethink is in the cards.

Lastly, perhaps real adults are in the room, and they wish to really accomplish something “bigly.” Perhaps they want to restart the relationship between China and the U.S. and deliver on the campaign promises so important to Trump’s suffering base. If that was the case there would be no need to antagonize Xi before he arrives. There would be no reason to set him up to lose face among his Chinese compatriots.

Real diplomacy starts with low-key, behind the scenes policy deals, often with the use of intermediaries. What is to be said and accomplished while leaders meet is decided and agreed upon beforehand. That leaves plenty of time for meals, walks, and perhaps a golf car ride—all great photo opportunities that will show the Chinese back home how Xi is revered even in Florida. It would prevent a financial panic in the Goldman—err, global—markets and make Trump look “presidential,” something that so far has mostly eluded him.

A real “reset” would entail the Chinese agreeing to truly open their markets and halt the theft of intellectual property from American entrepreneurs and companies. Finding a formula that addresses the unsustainable trade imbalances (for both countries) would be a Churchillian accomplishment for Trump. It would certainly breathe new life into his administration.

Here’s to hoping that the grand prize is behind door three. The other two alternatives are too awful to contemplate. 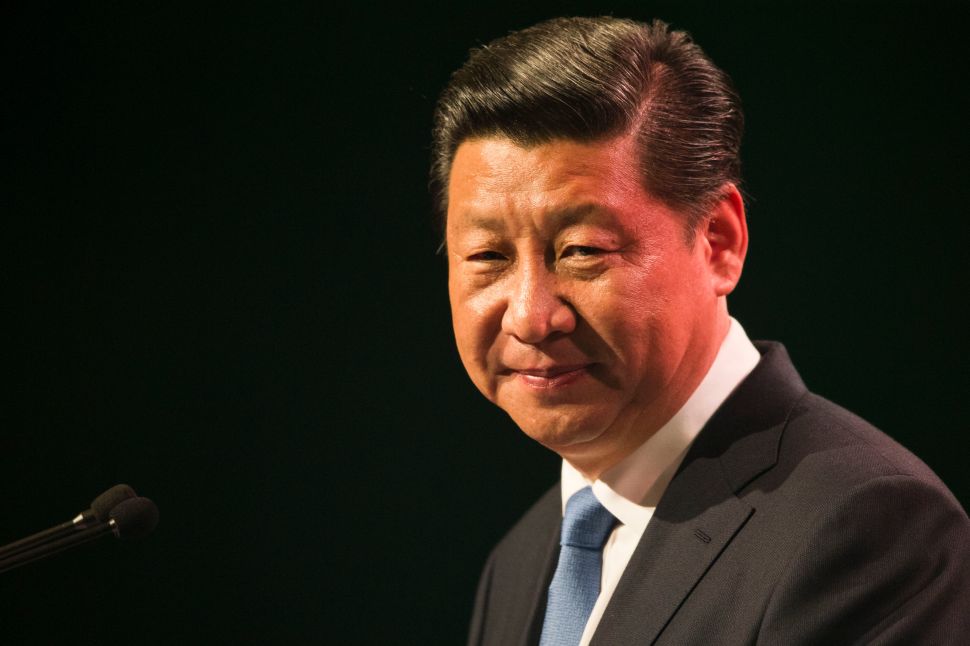