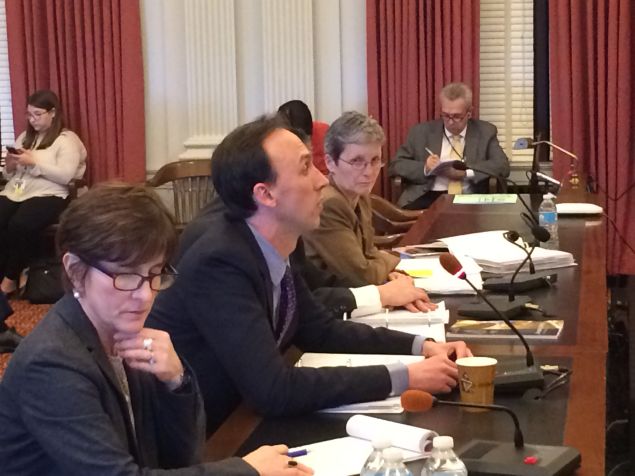 Gov. Chris Christie’s $35.5 billion budget proposal could end up with several multimillion-dollar holes because of a series of risky bets Christie is taking, according to independent budget analysts.

Lawmakers on the Assembly Budget Committee heard testimony Wednesday about Christie’s eighth and final budget plan, a $35.5 billion proposal that increases spending by roughly $800 million over the current fiscal year. The governor and Legislature have a July 1 deadline to enact a new budget.

Financial analysts in the nonpartisan Office of Legislative Services identified several risks in Christie’s plan, which could add up to hundreds of millions of dollars and exacerbate the financial strain on a state already mired in budget difficulties and credit-rating downgrades.

State revenue is on track to come up $436 million below Christie’s estimates over two budget years, the current one and the next, OLS analysts said.

In his own testimony, state Treasurer Ford M. Scudder signaled he was confident the state would meet its revenue targets in both years.

“The strong stock market in calendar year 2016, particularly as compared to the weak stock market in calendar year 2015, should lead to large reported increases in unearned income,” Scudder said. Separately, he said, the state Division of Taxation is taking “proactive steps to reduce the prevalence of tax refund fraud,” which is expected to yield “tens of millions of dollars.”

At a time when President Trump and congressional Republicans are contemplating deep cuts to the federal budget, Christie is not factoring in any federal funding reductions in New Jersey’s budget, according to the lead OLS financial analyst, Frank Haines.

The governor expects that the state — which relies deeply on Medicaid and other federal programs — will receive $14 billion from the feds in the coming fiscal year, Haines said, even as policymakers in Washington discuss a rollback of Medicaid. Christie also is not contemplating any federal funding reductions for the current fiscal year, which are also possible, Haines said.

“We’ve seen things proposed by the White House that would cut New Jersey’s aid in both of those fiscal periods,” Haines said. “They may not come to pass; Congress still has to weigh in.”

New Jersey’s unemployment rate has decreased steadily over the last year and its revenue forecasts have become more reliable in recent years, but the testimony from the budget analysts showed that the state budget is still on unsound ground.

Scudder said that despite a string of downgrades by the major credit-rating agencies, New Jersey is “moving in the right direction.” In addition to a sharp reduction in the unemployment rate, Christie has also overseen a decline in the use of one-shot sources of budget revenue, and recently struck a deal with the Democratic-controlled Legislature to fund $32 billion in road, rail and bridge upgrades over the next eight years.

Assemblyman Gary Schaer, D-Passaic, the chairman of the Budget Committee, said Scudder’s optimistic view did not square with an analysis last week by Moody’s Investors Service, which downgraded New Jersey’s bonds from A2 to A3.

Scudder responded by taking a shot at the ratings agencies for their faulty assessments in the run-up to the mortgage bubble and financial crisis of 2008. “I think it’s pretty clear from the amount of legal settlements that they’ve had, that they were asleep at the switch,” Scudder said of the agencies. And he added that Christie was paying for “the sins of previous administrations,” which routinely skipped or shorted legally required pension payments, contributing to its current funding crisis.

One of those assets is unused television broadcast spectrum, which is set to be auctioned off and repurposed as broadband Internet spectrum. But the Federal Communications Commission’s planned auction of this spectrum has not been completed. “Until the FCC issues more complete information later this month we cannot fully evaluate the assumptions supporting this estimate,” Haines said.

Scudder said that the $325 million includes the spectrum sale and also the sale of several state buildings and a reduction in lease costs.

Christie is banking on $75 million from legal settlements in fiscal 2018, and he is assuming $100 million in savings from potential changes to public workers’ health care plans, which have not been authorized by a separate committee. Both of those are somewhat risky bets, Haines said, as is Christie’s decision to budget only $10 million for snow removal costs when costs in previous years have risen to nearly $100 million.

Amid the prospect of deep federal funding cuts and some risks at the state level, New Jersey’s budget would have a rainy-day fund of $493 million, or 1.4 percent of spending. Haines characterized that as a small surplus and said credit-rating agencies usually like to see bigger cushions.

“I think everyone would love to see a bigger surplus, but we have to realize, we have to get that money somewhere,” said Assemblyman Declan O’Scanlon, R-Monmouth. A healthier surplus would require hundreds of millions more dollars a year, and the state would have to increase taxes or cut spending to finance it. 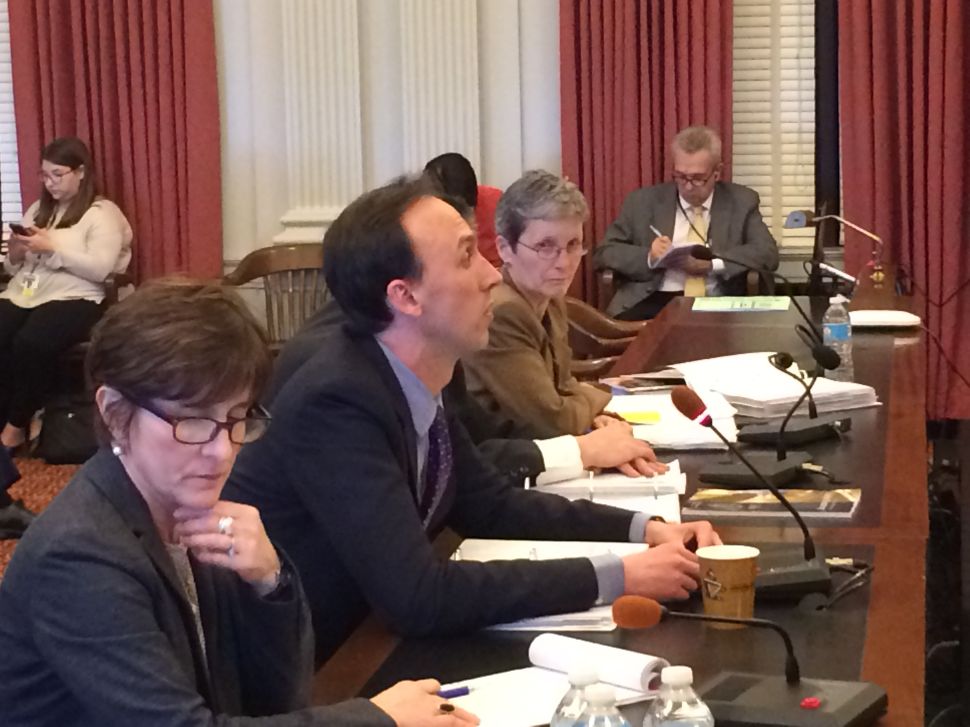