To quote the late, great Dorothy Parker, “What fresh hell is this?” I’m talking about Colossal, a delirious, moronic mess that landed with a thud at last year’s Toronto International Film Festival and now opens commercially, seven months later, with a head-scratching “Duh”. What’s it about? Hard to say. Anne Hathaway plays a weird, drunken Goth girl named Gloria who becomes obsessed by breaking news of a humongous behemoth of a monster lizard that looks like Godzilla and terrorizes the city of Seoul, South Korea. The United Nations declares a world crisis, but Gloria is the one who ignores warnings of world destruction and actually hops a plane to go there, hoping to live and love forever in a cheesy B movie. Join her at the risk of losing your own sanity before the projector stops running.

First, there’s a long, preposterous screenplay to suffer through, by the Spanish writer-director Nacho Vigalondo, whose name sounds like a Mexican appetizer. When the beer-besotted Gloria’s boyfriend Tim (a role so vacant it could be played by anyone, but goes instead to the unlucky Dan Stevens from Downton Abbey) kicks her out of their New York apartment because he’s tired of never seeing her without a hangover, she goes back to her hometown and hooks up with an old school chum names Oscar who owns a bar (Jason Sudeikis, in the worst role of his extremely—and unnecessarily—overcrowded career). Godzilla dominates the TV screen, Gloria sympathizes with the monster while drowning herself in vodka, and Oscar divides his time between beating up his customers and identifying with Godzilla’s new friend, a robot.

Together they think they are the real-life equivalents of horror-movie clichés. He burns up his bar. She wrecks her house. He punches her in the face and leaves her with an ugly black eye. This is a love story? When Godzilla and his new sidekick, a robot, develop a big international fan base, Gloria and Oscar think they have become the human equivalents of horror-movie fiction. Finally, the demented Gloria heads for the airport, boards a plane, and flees to Korea to find the monster. When last we see her, she’s tramping through the streets of Seoul with her black eye, looking trashed, and watching the lizard on her cell phone. She ends up in a bar, picking up her downward spiral where she left off.

I’d like to tell you how rabid, illogical, far-fetched and stupid Colossal is, but words fail me at last. Anne Hathaway looks like an asylum inmate wearing an old, discarded Anna Wintour wig. Jason Sudeikis displays not even one iota of his usual comic timing. The quirky direction by Nacho Vigalondo , which appears to have been phoned in from the corner Rite-Aid, results in a movie that is different for the sake of being different, but unfortunately, he forgot (or doesn’t have a clue) how to make it interesting.  Colossal is almost as unwatchable as it incomprehensible, and that’s a colossal understatement. 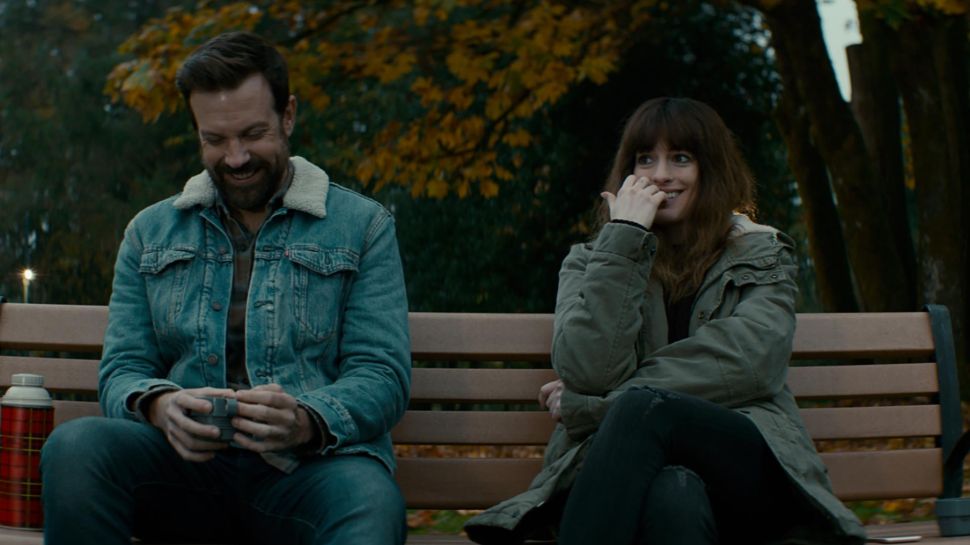