Congressman Jerrold Nadler labeled President Donald Trump “a fascist” at a town hall on the Upper West Side last night—even as he seemed to advise those in attendance to avoid using that freighted term whenever possible.

Nadler, one of the most liberal members of the House, made the remarks in response to audience members who demanded he unequivocally apply the term to the president and his administration. The congressman, whose Manhattan-Brooklyn turf has the highest percentage of Jewish residents of any congressional district in America, hesitated at first.

But the lawmaker then asserted that Trump’s broadsides against foreign powers and undocumented immigrants, along with his claim at last year’s GOP convention that “I alone can fix” the nation’s problems, mark him as a figure in the mold of Benito Mussolini.

“Donald Trump is the first major candidate in American politics, in recent decades, that I think really deserves to be called a fascist,” Nadler said, comparing the president negatively with Vermont Sen. Bernie Sanders. “Trump comes along and says ‘you’ve got some real problems: A, B and C. And it’s the fault of the Mexicans, and the Chinese.”

“‘And the solution is me. I am the solution. Only I can take care of it.’ That is, that is fascism: blaming it, blaming the problems on scapegoats, and the strongman,” the congressman continued.

The comments drew applause from the audience. But only moments before, Nadler suggested it was politically ineffective to bandy the term “fascist” about.

The congressman recalled his activism in the anti-Vietnam War movement, but also remembered becoming “annoyed” when “extreme left” groups like Students for a Democratic Society deployed the word “fascist” as a casual political pejorative against any opponent.

“I’m not sure of the impact of the word ‘fascist.’ To some people, if you say ‘fascist,’ they just tune you out, they don’t listen to what you’re saying,” he began.

A woman in attendance interjected “but it’s true!”

“It’s true, there are fascists. Some of them are fascists. I think the president is. But you want to stop what they’re doing. And you want to use the terminology that is most effective for doing it,” he continued.

Nadler has made similar comments about Trump in the past to the Forward and to the Brooklyn Paper.

Numerous white nationalist and neo-Nazi organizations cheered Trump’s rise, and are believed to have had a role in the spike in hate crimes that has followed his victory. 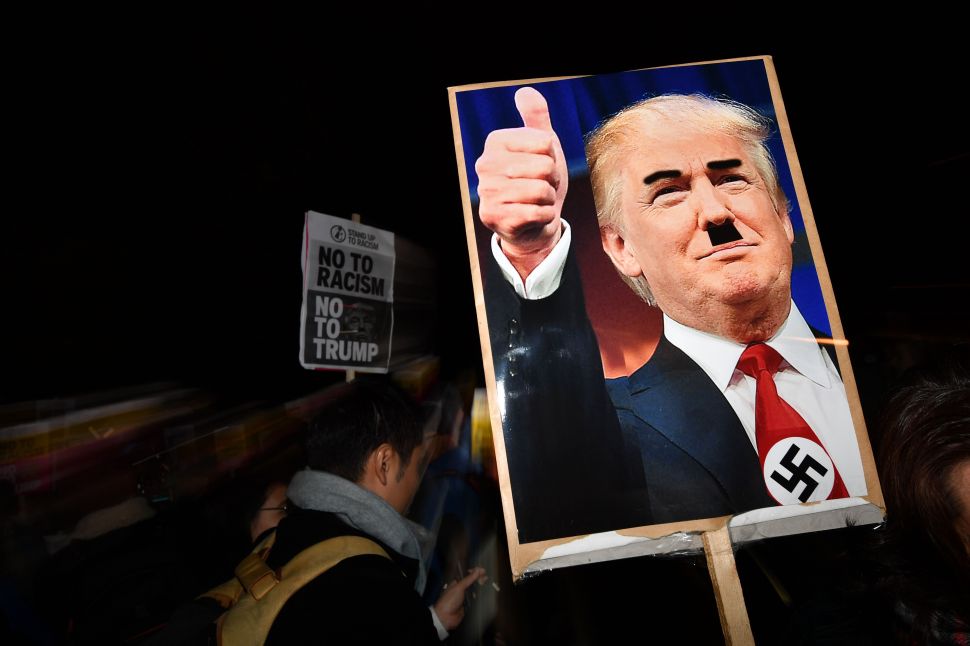