You’re going to be eating outsiders soon, if you aren’t already. Wildlife biologists and conservationists have added one more weapon to their arsenal against invasive species: eating them. In New England, several chefs have responded to the invasion of the green crab—a tenacious little crustacean that has harmed Massachusetts’ soft-shell crab industry, Maine’s clam flats, and scallop populations throughout the New England coastline—by turning the invader into a menu item. Because demand for the green crab is not huge in New England yet, it’s a comparatively cheap seafood; the only hang-up right now is figuring out the crab’s molting cycle so they can be sold as soft-shell delicacies. Then, the soft shell green crab will be less labor-intensive to prepare, thus raising its desirability in restaurants, which raises demand, which raises a fishing concern’s incentive to go out there and denude a local waterway of the invasive species.

The green crab isn’t the first species to be forked out of its adoptive home. The Asian carp—a catchall term for four different species, bighead carp, black carp, grass carp and silver carp—has been creeping up the Mississippi for years, sucking up 40 percent of its weight in plankton daily. That wouldn’t be so alarming if they didn’t grow to 80-100 pounds apiece, and if the females of the species didn’t produce an estimated two million eggs in her lifetime. In 2006, NPR reported on commercial fishermen beginning to catch the Asian carp; while the price the fish commanded was cheap, their sheer quantity quickly made for a profit based on volume. Eight years later, the Huffington Post pleaded readers to ignore the off-putting name and just eat the “Kentucky whitefish” already, pointing out that invasive carp won out over catfish in a blind taste test conducted among Missourians. More lucky Missourians only confirmed the superiority of the Asian carp in a second blind taste test when the invader was stacked against tilapia and catfish.

So, some rebranding of the Asian carp—perhaps the Missouri Supreme-o-Filet?—might be in order if it’s going to gain mainstream appeal. In the mean time, hunters and gatherers are also aiming at feral pigs—Texas has nearly three million of the critters running wild, racking up approximately $52 million in damage to Texan agriculture annually. Bullfrogs are a problem that some chefs are solving with a frog leg entree, and if you read the recent Outside magazine article on cane toads’ invasion of Florida, perhaps you can derive some comfort from the knowledge that island culture research professor Phillip Hayward thinks cane toad burgers could be a delicious solution to that problem.

Another bonus: Removing an invasive species’ corpse guarantees that other invaders won’t use it as a food source in between their forays into eating the natives into extinction.

So what? Invasive species cost the U.S. an estimated $120 billion annually in damages, and that’s just the stuff we can measure, like crop damage from hogs and repairing pipes clogged by zebra mussels. The incalculable damage—losses of native plants and animals, for example—is widespread, too. A market-driven solution for eradicating these species actually provides people with an incentive to get rid of the animals.

As a bonus, it also provides food-related businesses with a hedge against climate change. Temperature shifts have already affected seafood offerings across the United States, with California salmon season being shortened thanks to the drought of 2011-2016 while the lobster population in Maine exploded thanks to warmer waters (among other factors). As changing climates alter the ranges for different species, people’s menus and palates will shift along with them. Today’s invasive species could be tomorrow’s heritage menu staple.

Who cares? People who fish for a living, from the folks who take recreational fishers out to catch a chinook salmon all the way up to commercial fishers. They’ve got a vested interest in identifying and serving specific customers, and if those customers become amenable to eating invasive species, it’s a whole new market opportunity. Don’t underestimate the hunting market, too—Hawaii is just one state where pig hunting expeditions are a business.

Restauranteurs can also grab a stake in the “eat an invader, save an ecosystem” play. There’s already a proven market of eaters who like the idea that their dietary choices reflect a wider set of values—witness the rise of menus where the origin of every ingredient is now part of a narrative saga on an entree list where once “linguine alle vongole” would have sufficed. Reassuring diners that their appetizer is helping save a native species by taking out the competition (with a lemon aioli) will be a persuasive selling point.

Any enterprising food writers, bloggers or cookbook writers should be watching with keen interest to see if this is a specific eco-chic food niche to exploit. There are also ripe opportunities to team up with a parks department or outdoors outfitter to offer expeditions wherein people hunt, cook and eat invasive species. If foragers can turn their hobby into a cookbook industry, so can invasive species chefs.

Truly, pest control has never been so delicious. 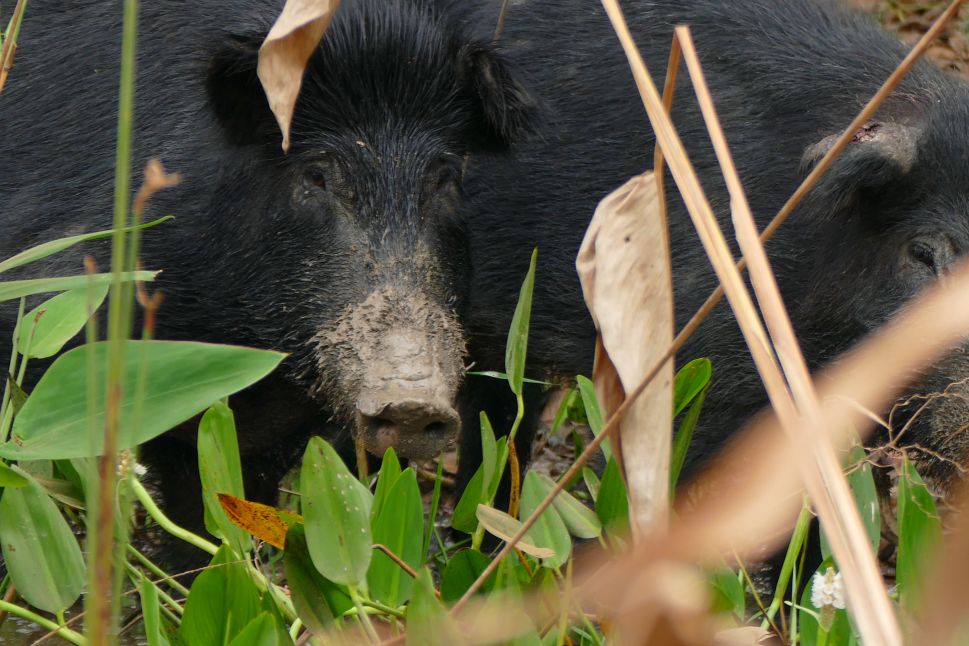