Things are getting a bit Thunderdome in Polis these days. It’s been a few weeks since we last saw the gang, and at the end of Episode 8 the future was still looking pretty bright. Jaha had just discovered the Holy Grail of bunkers beneath the capital city’s temple, with enough room for everyone (1,200 people to be exact) to ride out the next five years unharmed. But this week the blush is off the rose, and it has become clear that packing all the clans into an veritable underground ark without bloodshed is simply out of the question. Because nothing’s more important than settling a grudge at the End of the World, apparently. Add to that the fact that Jasper has raised a mutinous and suicidal group of delinquents that wish to party away their last days, and it’s now looking pretty certain that we won’t make it to the end of Season 4 without a few main character deaths.

We catch up after the Mid-season hiatus to find Raven, Murphy and Emori frantically packing up supplies and scavenging any useful tech from Becca’s state of the art lab to take to the bunker. While Abby and crew have already departed for the bunker, the three teens have been left anxiously wondering if anyone will come back for them before the death wave arrives. Raven is hanging on by a thread, still suffering hallucinations and the occasional seizure as brain condition worsens; no matter what happens, Raven’s days are numbered. Ever practical, and without regard for social niceties, Emori wonders aloud about their collective fate as it pertains to Raven’s dwindling usefulness: “If she can’t use her brain, why do they need her?,” she says to Murphy. She does have a point.

Alone in the bunker, Raven’s hallucinations lead her to an end of life quality discussion with Becca, or rather the version of the A.L.I.E. still stuck inside her head. “Why live in a hole in the ground when you have a perfectly good rocket,” Becca tells her. The fact that writers chose to include a working rocket in this season’s story arc, means someone will be going to space kids. And who is more qualified and conveniently positioned to fly  the shuttle than Raven? Considering the working theory that the zero G environment in space would be the only place where nightblood could be synthesized, than perhaps it’s also the one place where her brain won’t continue to degenerate?

Becca encourages Raven to escape Earth in the shuttle, emphasizing that if she’s going to die either way she might as well go out with a view while spacewalking. And so, just as Chris returns to retrieve the trio and take them to the bunker, Raven announces she’s prepared to stay behind and go on a solo, one-way trip to space. She and Murphy share a tender goodbye, wherein he finally apologizes to Raven for shooting her.

Meanwhile, at Ilian’s homestead, Olivia is toiling away helping him in a futile effort to do some last minute gardening before the radiation decimates all life on Earth. The two have cozied up quickly, and they seem to have decided to spend their final days doing farm work, having sex and pillow talking about reincarnation.

But the conflict that’s brewing beyond Ilian’s property line comes knocking as his door soon enough when a neighbor comes to ask if he’ll fight Azgeda with the rest of his clan. He refuses, choosing to forgo his former life as a warrior in his final days. But the same choice isn’t as easy for Octavia. When his neighbors eventually come back, this time not to ask but rather to bully him into joining them, they find Octavia, a.k.a. Skairipa instead. After a few blows, she cracks easy enough and murders all of them easily. “This is who I am,” she tells Ilian, leaving him sad and horrified as she goes off to join the fight.

At Arkadia, relocation to the bunker has begun. Jaha gives everyone a brief sales pitch about how lovely life underground will be, waxing poetic about the bunker’s hydroponic farm—which Monty says is only the second most beautiful thing he’s ever seen next to Harper. But while he and Bellamy cheerily go off to back, Jasper is in no rush. It’s clear this far into Season 4 that he isn’t just passively moving through the motions anymore, he’s ignited a full on opposition to Jaha’s exit strategy.

Harper, despondent and equally unmotivated to pack, jumps at the chance to join Jasper’s mutiny. Dismissing Monty’s pleas to join him in leaving, and even after he calls her a coward, she takes up arms with Jasper’s partying rebels who have blockaded themselves inside the ark and refuse to leave.

“We’re talking about the future of the human race here, participation is not optional,” Jaha warns them. Now, why is Jaha is so intent on making them go? His motivation to forcefully carry Jasper and crew kicking and screaming to their salvation doesn’t necessarily add up with his previous history of sparing the few to save the many. If Jasper and a few others want to willingly give up their spots underground, doesn’t that just mean more space and resources for others? “I will not leave children here to die,” Jaha tells Bellamy and Monty in his defense, as he prepares to blow a hole in the ark to remove the partying kids. “You sent them down to die,” Bellamy replies. “The only difference now is they have a choice.” And with that, Jaha gives up on trying to convince everyone with a death wish to join him and, surprise!, Monty has snuck into Jasper’s party with the hopes that Harper will change her mind at the last minute. Bellamy leaves them the rover behind just in case.

And finally, let’s check in with Clarke, Roan and the developing situation in Polis. On the sly, Indra and Abby have worked a plan to ambush Azgeda, ensuring Trikru and Skaicru will split the bunker. But the plan to ambush Roan without killing the king turns into a brawl when Echo sneaks up on Skaicru exposing their plan. She moves Azgeda’s forces into position to guard the temple door, forcing Indra to try and barter a deal to get her people, and Skaicru, inside. While Roan should seemingly be annoyed with Clarke for her people’s betrayal, instead he puts his faith in her to play the middle man. “If anyone can convince mortal enemies to move in together, it’s you” he tells her.

At the bunker, the parley does about as poorly as expected. Indra brings the other clans’ chiefs as back up, and after heated words about decades-old grudges they all agree the only solution is to fight it out. Without a commander, there’s no one to keep the chiefs in line. Or is there? It doesn’t take much to convince Gaia to perform an ascension and make Clarke, newly anointed nightblood, the next commander.

An impromptu ascension ceremony begins, but it’s interrupted when Roan shows up with Abby who reveals that Clarke’s nightblood status is the result of recent science experiments. There won’t be an ascension after all, however there Roan calls for a final conclave for all the clan heads battle it out, one-on-one, for the bunker. Off to battle we go.

— Prediction: At the last minute, Harper will change her mind, as Monty’s presence at Jasper’s “End of the World” party suggests. Frankly, Monty is one of the few scientifically gifted minds we’ve got left, so if our crew hopes to make it work in the Second Dawn bunker over the next five years they’d do good to have him inside when the clock strikes midnight in six days time. That said, there’s also a possibility that everyone else who has declared “DNR!” will also come to their senses at the umpteenth hour, spoiling Jasper’s plans to die with dignity. But maybe, in his final hours, Jasper will put aside his selfish wish to party and help shepherd the others to safety instead. It would be a nice way for Jasper to both get his wish, and be an active participant in saving the human race for once. 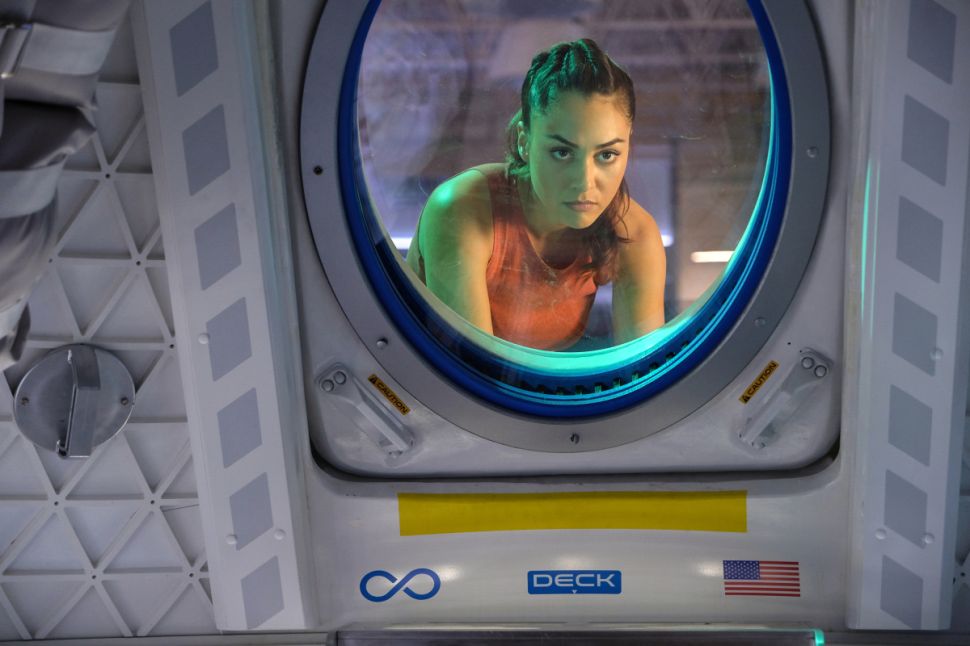