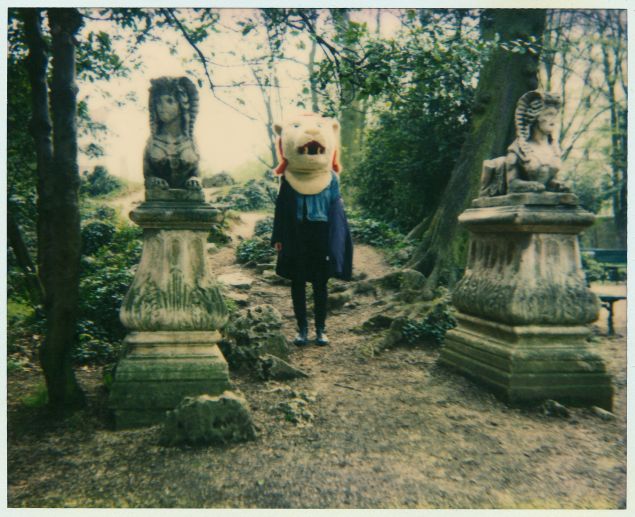 “Go out and see some art,” declared Mayor Mike Rawlings on Saturday night for the Nasher’s Art Prize gala, which also marked the kick-off to Dallas Art Month. It used to be a week. But, like all things in Texas…you can finish that cliche about the city being larger than life. Rawlings promised he’d be “seeing some” culture, especially the work of evening’s honoree, Pierre Huyghe.

“Pierre’s work is a metaphor for the city,” Rawling said, casually dropping a metaphor about Dallas and relational aesthetics, ultimately assessing that both Huyghe and the Big D have something to do with time and space. Dallas, my friends, has certainly arrived—and will it be…could it be?…poised as the solution to the overcrowding of Art Basel Miami Beach? Rawlings may be boasting like any politician these days might about their turf, but he certainly isn’t wrong.

Let’s back up a bit. Dallas Art Month used to be Art Week, cemented by the Dallas Art Fair, which began Thursday April 6 and ran through the following Sunday, an enterprise this year that adds blue chip New York galleries Gagosian, Lehmann Maupin, Skarstedt, and even tastemaking Karma—a sign to many that the fair’s status amongst galleries and the art jetset is not rising, but cemented as a necessary stop on the global circuit.

That Dallas is exceedingly fun as judging from the laughter and fanfare only adds to the destination’s urgency. It’s true, Saturday night, some five days before the fair, the New York A-list was already in town to support the Nasher. Directors from Perrotin, Chairwomen from Christies, Piero Golia (who has a solo booth at Gagosian riffs on his Chalet Dallas series), and Tom Sachs (who will have a solo effort at the Nasher come September), all mingled amidst the heavy hitters of the Dallas Collectors Incorporated—jokes, there’s no formal organization but so many work together to build their own collections, as well as the institutions they support, it might as well be an officially coordinated effort.

It also might be the singular defining aspect of the city’s ascendant art scene. Dallas’ collectors are legit: not simply in their own city, but their impact is felt on the coasts. Ever heard of Gutai? You can thank Howard Rachofsky. Know who owns own of the largest Joseph Cornell collections (and Duchamp’s L.H.O.O.Q)? That’d be Marguerite Hoffmann—a trip to her house is one of the five-star highlights of Dallas. 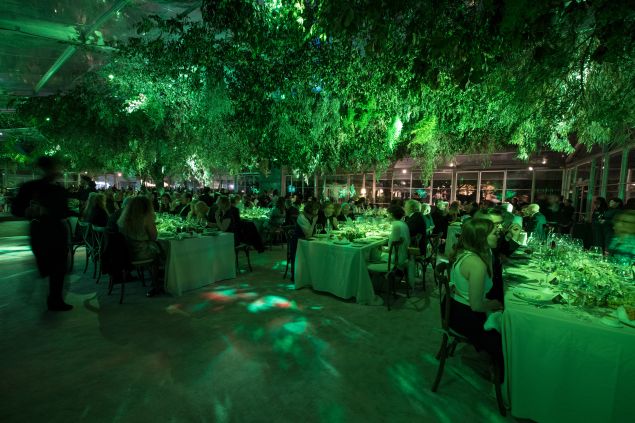 The museums of Dallas, too, are nationally and internationally regarded—and the Nasher is making a play at globalizing its reputation and reach.

The Nasher Art Prize was founded to “advance the study and appreciation of modern and contemporary sculpture here in Dallas, and to the communities that care about sculpture,” said Nancy Nasher, and in its second year awarded Huyghe as an artist whose “imagination and powers of invention are matched only by his deep insight into the richness of the human experience.”

Nasher’s parents Raymond and Patsy founded the museum after ingeniously putting Frank Stella and Andy Warhol into the North Park Mall fusing commerce and curatorial forever. The aloof Frenchman, whose work was coined “relational aesthetics” in 1998 by critic Nicolas Bourriaud (who also happened to be invited to the weekend’s festivities), famously prefers the biennial format for its site-specificity but recently in 2014/5 mollified his stance by having a traveling retrospective that started at the Pompidou in Paris and ended at LACMA in Los Angeles by turning the layout on its head.

While the Nasher hasn’t mounted their own show, the Rachofskys lent the institution their Zoodram 4, a gruesome sculpture at its core, an aquarium filled with two species of crab that don’t encounter each other in the wild, thus their coupling is a literal and figural dance to the death. Specifically for the prize, however, Huyghe engaged in a one-on-one conversation with National Gallery of Art senior curator Lynne Cooke—and handed $100,000. 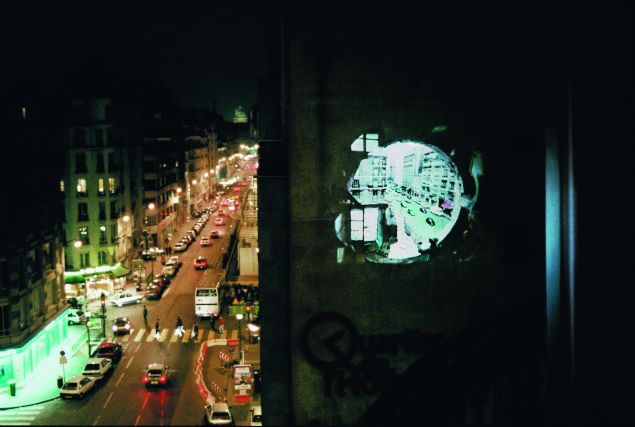 “It’s still unclear what I do,” joked Huyghe. The Dallas collectors thought Huyghe was a bold and relevant choice, the news media called it daring, and the mayor certainly approved; there was no shortage of risk-taking in this affair, including Huyghe’s own tee-shirt as his gala attire. Forget not, Dallas may wrestle with that higher-the-hair image, but they take their black-tie and ball gown game very seriously.

With the fair on in full swing, and openings on Wednesday of the nearly all the city’s art spaces, such as a Gagosian-lent Steven Parrino show at the Power Station and Pia Camil at Dallas Contemporary (which also will show Lehmann Maupin artist Angel Otero next year), the city’s answer to a Kunsthalle, the breadth and scope of quality art on display at each level of intervention (fair, museum, gallery, private collection) is on-par with what one might in New York, Los Angeles, London or elsewhere. While there are many factors at play, it’s not a far stretch to say that Dallas has really established itself as a national player in the art landscape. Does it’s reputation as a larger-than-life oil town perhaps precede it in preventing it being taken seriously? Perhaps. Does it lack of critical infrastructure, such as a arts publication contribute to that? Meh, It does have Glasstire.

But, don’t forget, Dallas is home to tons of working artists who have graduated from serious locally based academic institutions—take Shelby David Meier, whose current show at the Beef Haus, in the gallery district of Deep Ellum (a place made by the indomitable Barry Whistler, who last year unfortunately had to move to Design District after his incredible space of two decades became, what else? a gym), emerged from his MFA thesis at Southern Methodist University. 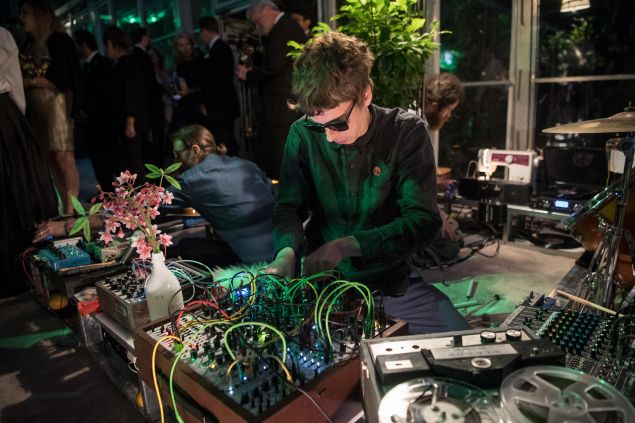 Also, there are underground art spaces, and in the case of the Culture Hole, quite literally. Started by Jeff Gibson and Greg Ruppe, there’s a crawl space inside of the Power Station that has held a series of truly experimental experiences, and its upcoming program is with Lucky Dragons. The buzz at the fair is that there are some exceptional offerings in a much more civilized environment than say that frantic scrawl of Miami. Now that Miami has become as marketers paradise where fashion and booze brands backing so many of the parties and “experiences,” much to the dismay of art worlders, maybe, y’all, it’s time to consider Dallas in different terms. While of course the city hopes to reach the influence of New York and L.A., just what if it’s first step is to offer a new respite from the ABMB madness where serious art, serious sales and even more serious fun go hand-in-hand. 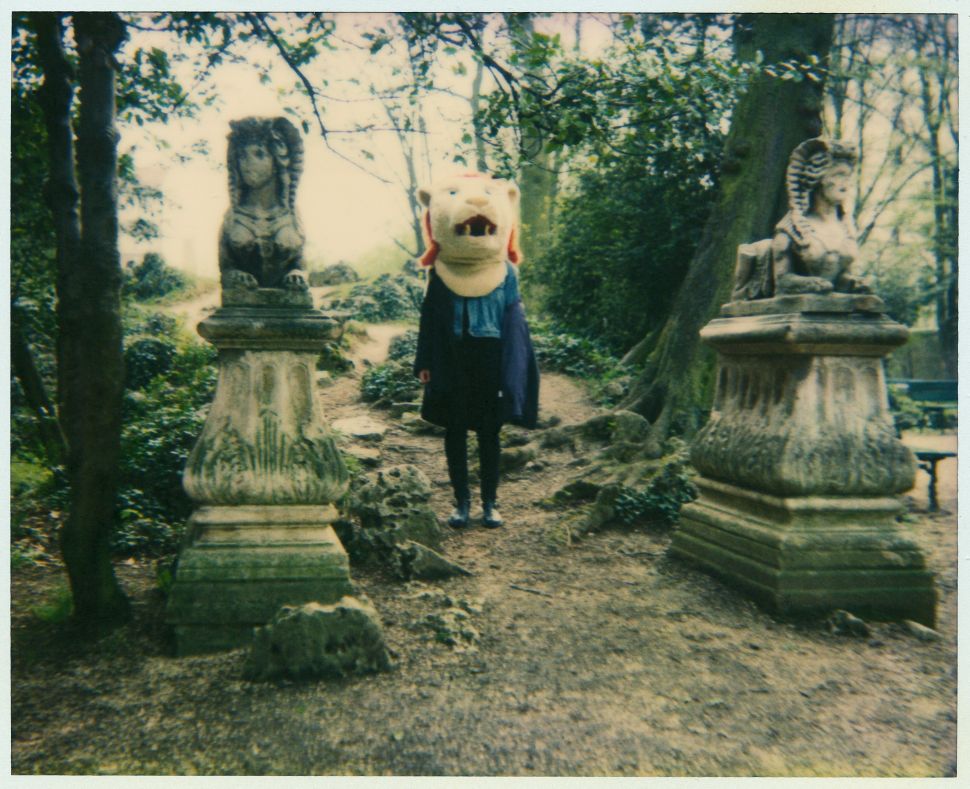