Mayor Bill de Blasio today described it as “troubling” to witness the St. Petersburg subway explosion only weeks after after President Donald Trump proposed a $667 million cut to the Federal Emergency Management Agency, which includes federal funding for the NYPD’s counter-terrorism efforts.

An explosion in the St. Petersburg metro this morning killed at least 10 people, and left about a dozen others wounded, CNN reported. Russian authorities discovered and deactivated second device at another station.

In his budget blueprint for 2018, Trump called for eliminating or reducing funding for initiatives like FEMA’s Pre-Disaster Grant Program, which seeks to lower the risk of future catastrophes, both natural and manmade—which the NYPD receives considerable counter-terrorism funding from.

“It is troubling to see this attack in St. Petersburg at the very same time as our federal government is trying to cut back the Homeland Security funding that helps protect our subways,” de Blasio said at a crime statistics presser on Randall’s Island this afternoon. “New York City, as the commissioner said, receives almost $200 million a year in that funding.”

The liberal Democratic mayor contrasted Trump’s anti-terror bravado with his proposal to cut off law enforcement funding to his hometown.

“Now, it’s more than ironic that the president talks tough about terror and the is taking away the tools we need to stop the terrorists,” de Blasio continued. “It just doesn’t make sense. It’s gonna hurt New York City, it’s gonna hurt his hometown.”

The mayor reiterated that he anticipates that there will be “a lot of energy to stop these budget cuts,” saying that the city will “keep fighting these cuts” by working alongside U.S. Sen. Kirsten Gillibrand and Senate Minority Leader Charles Schumer and that he will be working with mayors and leaders across the country to combat the funding cut.

“Maybe he’s been away from New York a little too long and he thinks we’re not gonna fight it,” de Blasio added. “He thinks we’re gonna take it lying down. New Yorkers will not take this lying down. We have asked the federal government to help us knowing that the enemies of this country are focused on New York City. There’s no reason in the world that should be considered only a local responsibility to stop stop terror here in New York City.”

Police Commissioner James O’Neill asserted that the St. Petersburg attacks are part of a international pattern, and that they “prove that acts of terror are not a matter of it but when.” He called this the “simple reality” of living and working in the city, which is the “highest profile terror target” in the country.

“So 24 hours a day, our NYPD civilian analysts and cops monitor an ever-changing threat system, which affects virtually every movement we make as an agency in terms of deploying proper resources to the right areas,” O’Neill said. “To do this, we’ve assembled what we believe and know to be the finest police intelligence and counterterrorism unit anywhere.”

O’Neill said he met with congressional leaders in Washington, D.C. two weeks ago and described the meeting “productive,” saying that he is “optimistic” the city will get what it needs to continue fighting crime and terrorism.

But he also reiterated his concerns about Trump’s budget cuts, arguing that the city “can’t do any of this alone” and calling its relationship with state and federal partners “critical.”

“Much of what I’m talking about, much of what you see here today is supported through the nearly $200 million New York City gets annually in the way of federal Homeland Security grants,” O’Neill continued, speaking of the Critical Response Command. “That funding appears to be threatened this year.”

The NYPD said that there were “no specific or credible threats to New York City” at this time, but that it had deployed or redeployed its Critical Response Command resources to any Russian targets in the city. Such moves are customary following high-profile attacks in other cities around the globe. 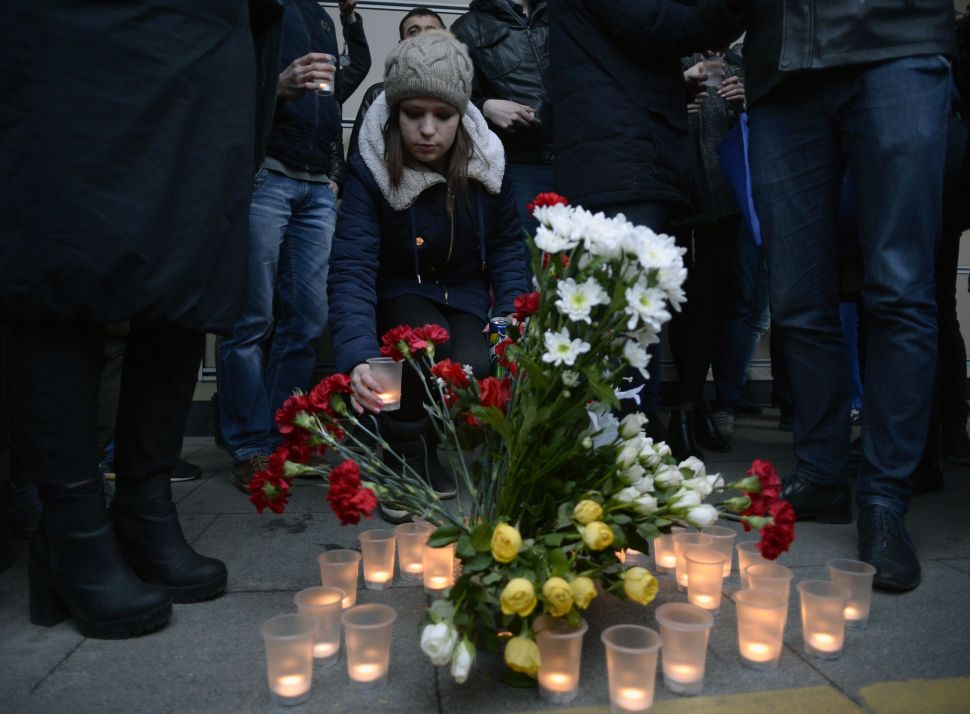