At times, it seems like no one is satisfied with Gov. Chris Christie’s proposal to keep funding mostly flat for New Jersey’s school districts in the coming fiscal year.

Christie in February delivered a $35.5 billion budget proposal, which includes $13.8 billion in state aid for schools. That represents a $523 million increase in school funding over the current fiscal year, and critics say it’s mostly meaningless after being split up between 611 school districts trying to keep abreast of surging enrollment, airtight budgets or decaying facilities.

Republican lawmakers have been urging the Democratic-controlled Legislature for years to rewrite the School Funding Reform Act of 2008 to redistribute aid from some cities to some suburbs and rural areas. At the very least, lawmakers and Christie should take some money away from the 46 school districts that receive a combined $10 million in funding above SFRA levels, and send it to districts where enrollment has been ballooning in recent years.

The debate continued to rage on Monday, as parents, educators and advocates from all sides of the debate descended on Trenton and packed an Assembly Budget Committee hearing with New Jersey’s acting education commissioner, Kimberly Harrington.

“I’m trying to understand how your department, made up of so many fine professionals … can let out this budget the way it is,” said Assemblyman John Burzichelli (D-Gloucester), vice chair of the Budget Committee. “Flat funding we know isn’t working.”

Harrington acknowledged concerns and opened some distance between herself and the front office, at one point saying her department only gives input to Christie and his budget deputies, who then draft the spending plan for all departments. “We are making difficult decisions with limited dollars and trying to do the best we can to spread that across,” she told Burizchelli.

“When a department stays silent about something that’s not working – look at this room — it doesn’t help the process,” Burzichelli replied.

This went on for a few minutes, and at one point, Harrington got some boos and jeers from the crowd during Burzichelli’s questioning.

“I will not have the commissioner disrespected,” Assembly Budget Chairman Gary Schaer (D-Passaic) told attendees.

Assemblyman Declan O’Scanlon (R-Monmouth), the Republican budget officer, said that in order to fully fund the SFRA for all districts, the state must first make big reductions to its fixed costs such as public workers’ health and pension benefits. The SFRA calls for hundreds of millions of dollars the state doesn’t have, and promising full funding would be akin to promising your daughter “a unicorn with sparkles painted pink to ride to school every day.”

But he added, “We need to start that process this year, from this budget.” And he said there appears to be some bipartisan momentum to make at least some changes.

State Sen. Jennifer Beck (R-Monmouth) held a news conference before the Assembly hearing calling for a slight change to the funding formula that would free up $10 million. Christie’s budget includes funds above SFRA levels for 46 school districts, she said. That money should be repurposed for Freehold or Red Bank, which have seen an explosion in enrollment in recent years without commensurate funding increases from the state.

“Reworking the school funding formula is a complex undertaking and no legislator will want to move funds if it makes the property tax crisis in their towns worse,” Beck said in a statement. “That said, the underfunded districts cannot wait for another state budget cycle or another school year passing without getting relief.”

In other districts, such as Paterson, some buildings are in serious disrepair due to old age and teachers are starved for budget resources, Democrats said.

“Why would any teacher want to come to a district such as Paterson or Newark if they are eventually going to be laid off, if they are not given money for essential supplies such as paper, if they have to work in an 100-year-old school building with broken HVAC systems and with school security issues?” Assemblyman Benjie Wimberly (D-Passaic) said in a statement. “We sound like a broken record but New Jersey residents need answers.”

S&P Global Ratings issued a research note on New Jersey’s school-funding situation on Monday saying that “school districts that face the most budgetary pressure from the state’s relatively level aid funding are those experiencing enrollment growth.” For those districts, the S&P analysts said “flat funding” actually could mean “state aid effectively declines on a per pupil basis.”

School districts in these cases would be able to raise property taxes. Growth rates for these taxes are capped at 2 percent a year, but the cap has some exceptions for health care and pension costs, debt service and enrollment growth, S&P noted. But asking local officials to raise property taxes is a colossal feat these days in New Jersey.

“In our opinion, the willingness to do so varies across the state and from year-to-year,” the S&P analysts wrote. 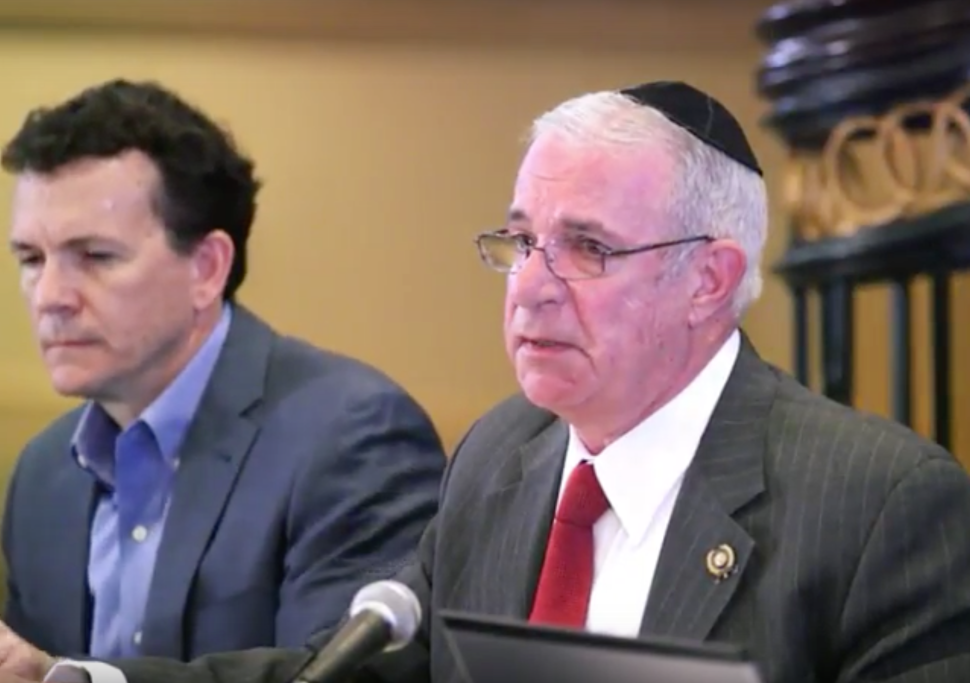