The Democratic Party’s chances of recouping their losses in the Senate in 2018 is slim, given that only eight Republican seats are up for re-election compared to 25 for Democrats. Some of the Democrat seats are even in danger of flipping to Republicans. Recouping losses in the House ismore tangible, but the Democratic Congressional Campaign Committee (DCCC) has already demonstrated through their strategy proposals that they are out of touch.

DCCC Chairman Ben Ray Lujan was re-elected unopposed after the 2016 election, and he placed Rep. Sean Patrick Maloney, a former senior advisor to Bill Clinton and close ally of the Clintons, in charge of strategy. Maloney’s congressional district flipped from supporting former President Barack Obama in 2008 and 2012 to Trump in 2016, though Maloney managed to win re-election comfortably. “The question neither Maloney nor Luján will answer is whether they should recruit moderate to conservative candidates in rural districts or just abandon them altogether,” reported The Washington Post in February 2017. Maloney’s own district is a somewhat rural, and the Democratic Party has been getting weaker in similar regions across the country. In fact, despite being a blue state, outside of New York City, New York’s congressional seats are a toss-up between Democrats and Republicans, and Republicans dominate rural areas.

Democrats losing in rural areas has contributed to their drastic losses. Hillary Clinton’s campaign strategy was to court moderate Republicans by touting endorsements from billionaires and establishment Republicans in suburbs while abandoning blue dog Democrats. Senate Minority Leader Charles Schumer falsely claimed in July 2016, “For every blue-collar Democrat we lose in western Pennsylvania, we will pick up two moderate Republicans in the suburbs in Philadelphia, and you can repeat that in Ohio and Illinois and Wisconsin.” This strategy backfired miserably, but the DCCC is now doubling down on this failed strategy of trying to woo Republican voters instead of appealing to independents and apathetic Democrats.

“The DCCC has been holding focus groups of people who went with Mitt Romney in 2012 and Hillary Clinton in 2016, who look to them like potentially trending blue voters,” Politico reported on April 4. Democrats hope to expand their voter base with voters who switched from supporting Mitt Romney in 2012 to Hillary Clinton in 2016. Politico noted that Republican leaders they spoke with were “neither impressed nor worried.”

The DCCC cited in the interview that one of their strategies was not debating policies that impact people within the congressional districts they are targeting, but recruiting candidates who they can best exploit as political props. “A rough profile of their ideal candidate has started to emerge: veterans, preferably with small business experience. They would like as many of them to be women or people who’ve never run for office before—and having young children helps.” This strategy has failed Democrats before.

In 2016, the DCCC recruited Mike Parrish, a former Army colonel who owns an oil company, to run for Pennsylvania’s 6th congressional district seat, a district Obama performed well in. Parrish lost handily to the Republican incumbent, since he was a former Republican running as a Democrat. Appealing to the Republican center is a losing strategy because it often repels Democrats from supporting the Democratic candidate, and Republicans are less likely to support a Republican-lite candidate over a real Republican. Democrats should be vetting candidates based on merit, their background in policy, and their willingness to engage with voters through grassroots campaigning. This is partly why Sen. Bernie Sanders, despite being a progressive and Democratic socialist, outperformed Hillary Clinton in rural areas across the country. “Grassroots” strategy wasn’t mentioned in Politico’s report on the Democratic Party’s strategy. Instead, out-of-touch Democrats are recommitting to the failed strategy of trying to manufacture an image to voters based on what they think might appeal to them. 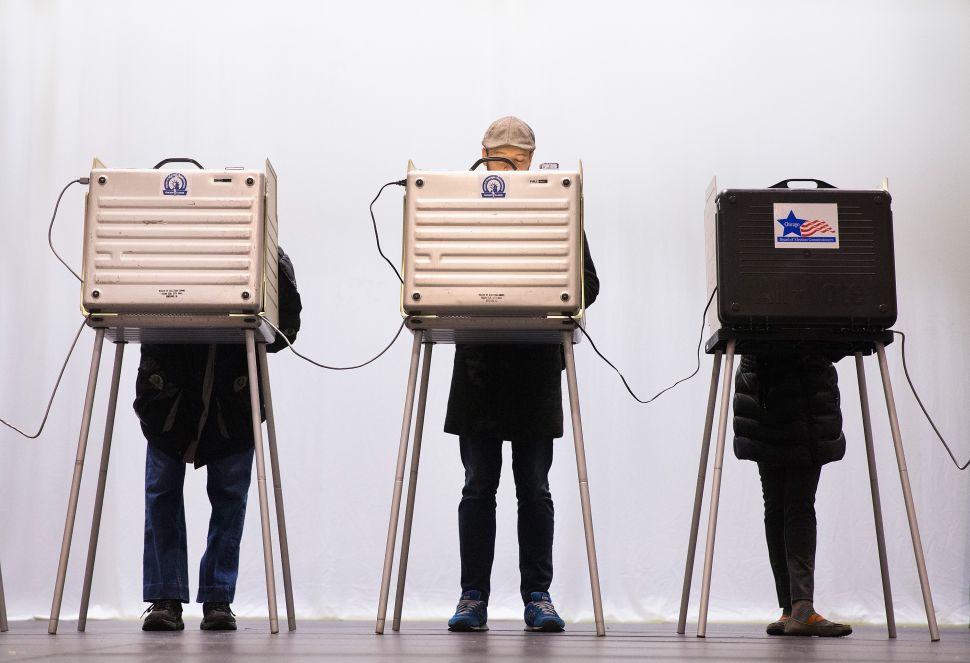