Just in time for 4/20, people! The show you couldn’t dream up on a thousand edibles; a match made in pickles and peanut butter heaven; a Sativa horror story, if you will. That’s right: noted Super Normal, Hella Relaxed Actress Kathy Bates will star in Netflix’s new comedy by Chuck Lorre and former Daily Show head writer David Javerbaum. Today, the streaming service announced its drop date for Disjointed August 25th.

And here’s Disjointed‘s official synopsis:  Ruth, a lifelong advocate for legalization, is finally living her dream as the owner of a Los Angeles cannabis dispensary, Ruth’s Alternative Caring. Joining her are three charismatic “budtenders”, her entrepreneurial twenty-something-year-old son and a very troubled security guard.

Now this + the trailer doesn’t give us much, but I can work off my gut here and say the program will probably have some Weeds-esque undertones, a subtle, Six Feet Under-ish mouthfeel, maybe. But I doubt that’s going to do anything to mask the overpowering, Lorre-branded, rotten-sauce taste: Two and a Half Men meets The Big Bang Theory meets everything wrong with today’s entertainment that doesn’t involve the Kardashians.

Seriously, if you want to see what’s problematic about Lorrie, just remember he’s responsible for all of Charlie Sheen’s adult career. And his shows are widely popular hits that appeal to a very broad audience so any fans of the show will find themselves inevitably lumped in with this heroic Quora user who dared to ask the question we’ve all been thinking:

So yes, there’s ONE THING I can think of that’s more disjointing than taking Annie Wilkes and making her the lead in a network comedy producer’s project that just happens to be released on a streaming service, and that is Chuck Lorre for President. Luckily, that day will probably never arrive, as the future is uncertain and we could all die tomorrow. Maybe this show will be good; maybe we won’t be around to care either way, and Disjointed will only exist as a beacon call to whatever alien life form comes across the nuclear-blasted planet we once called home.

Just saying! Smoke ’em while you got ’em! 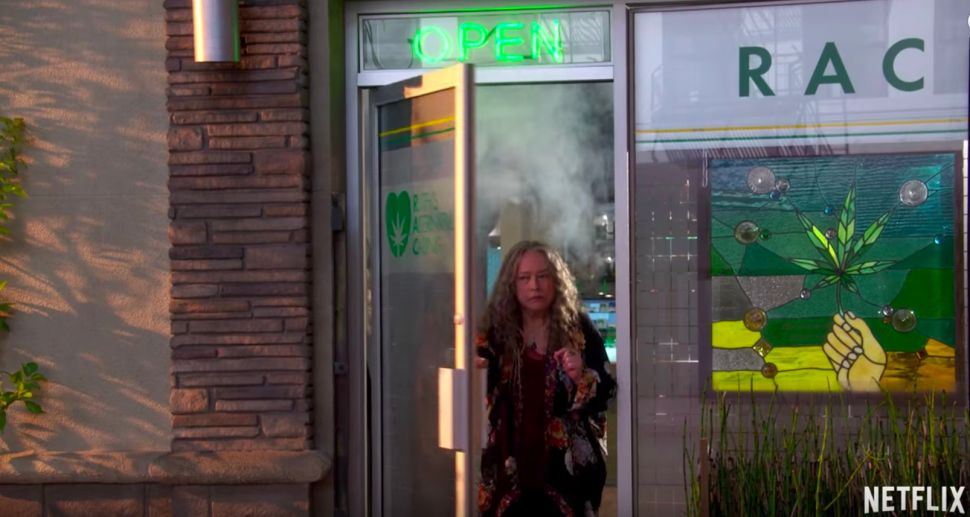