The day before Sen. Bernie Sanders was scheduled to begin a “Democratic Unity” tour with new DNC Chair Tom Perez, the DNC fed the Huffington Post an announcement that Hillary Clinton’s campaign officially turned over its email list to the DNC.

The Huffington Post’s report included a quote from the DNC communications director and claimed that the email list will give “the party a major boost as it rebuilds under a new chair and prepares for the midterm elections next year and the 2020 presidential race.” The article compared Clinton’s decision to Barack Obama’s, who waited until 2015 to hand over his email list. “During the primary, the former secretary of state pledged that if she were nominated, she would focus her resources on rebuilding a Democratic Party infrastructure that had decayed under President Barack Obama,” reported Huffington Post, failing to acknowledge the decay that occurred within the Democratic Party as a result of her nomination.

The report noted that Sanders has been reluctant to give up his campaign’s email list, citing possible misuse by the DNC and noting that his supporters were often times not supporters of the Democratic Party. Sanders’ supporters still strongly stand behind him, even though—and especially because—the Democratic establishment treats him as an outsider and continues to resist any reform and accountability for their electoral loss in 2016.

The DNC’s complaint of Sanders’ reluctance to turn over his campaign’s email list has been echoed by Clinton partisans since the end of the 2016 Democratic primaries.

The Mercury News published an op-ed on April 10 complaining that the Democratic Party’s divisions are Sanders’ fault because he won’t share his email list. Mother Jones reported in February 2017 that the DNC was desperate to learn from the email list how Sanders ran his grassroots campaign, blindly assuming they would know what to do with it if they were given it. The Washington Post reported in January 2017 that Sanders-backed DNC chair candidate Rep. Keith Ellison would ask Sanders to hand over his email list as a sign of good faith to the party’s establishment.

The Democratic Party hasn’t done anything to win over Sanders’ base of supporters, but that isn’t stopping them from pushing Sanders to hand over their contact information despite the fact that he raised more money for Democratic Party candidates than anyone else in 2016.

For example, on April 16 a digital organizer for Clinton’s Campaign, Kaivan Shroff, called for Sanders to hand over his email list while insulting Sanders and his supporters. “Bernie’s base is the white demographic that didn’t turn out enough to stop Trump. If he wants to fight for progress, he has to help us win,” he tweeted.

“Any other reason to keep the email list is a selfish decision by a straight, white, male, DC insider that will directly harm minorities.” Even though he wants the list, he whitewashes and trashes the people on it. With sentiments like these, Sanders supporters have no reason to donate to and support the Democratic Party. 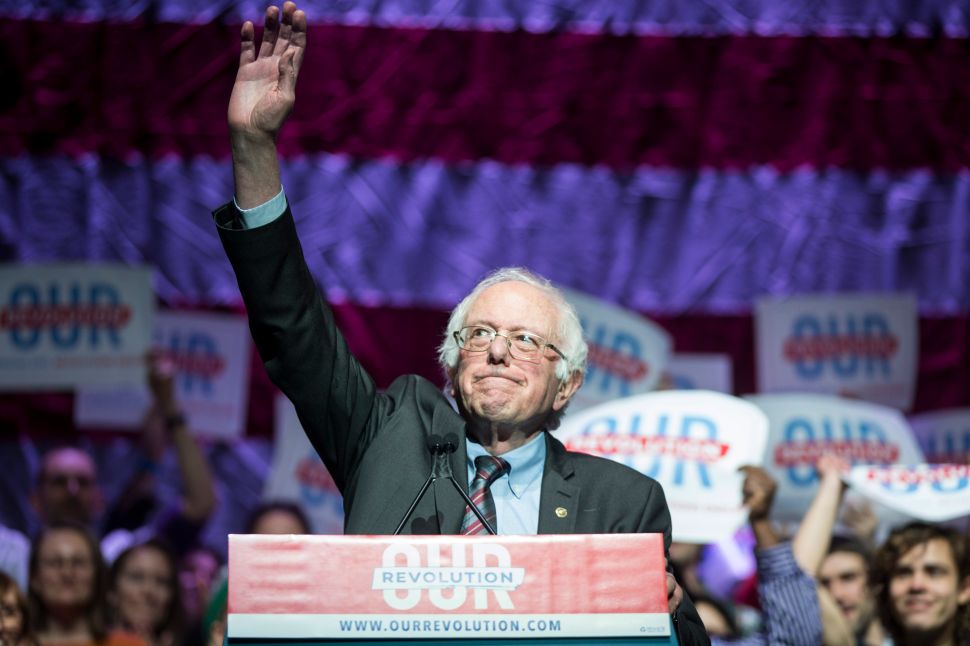