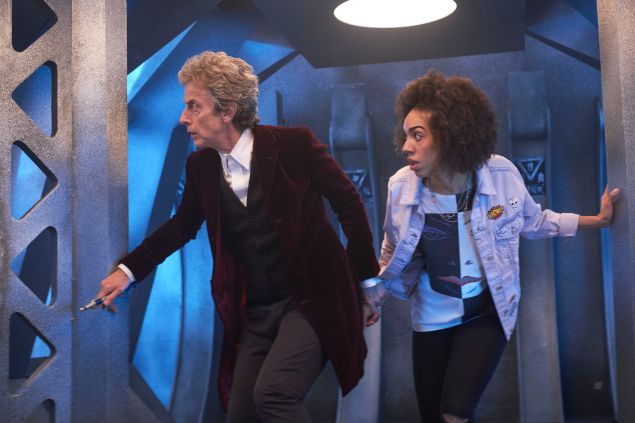 Peter Capaldi as The Doctor and Pearl Mackie as Bill. Simon Ridgway/BBC AMERICA

Where should a new viewer start watching Doctor Who? At this point—10 seasons into the reboot of a series that started way back in 1963—that’s become a big part of the cultural conversation surrounding the show. For anyone just tuning in, nine seasons of catch-up is a daunting enough prospect, much less going back to the 26 originals.

The structure of the show certainly lends itself to convenient entry points—with new lead actors taking the main role in new directions, and a rotating roster of companions to re-introduce the fundamentals of time travel to. But explaining this to a Who virgin is understandably liable to elicit the same response as telling someone how open and welcoming your religious cult is. (“Brother Moonshowers is totally down-to-earth and accepting of new people, especially skeptical ones! Just meet him and you’ll see!”)

And now this whole meta-theme has inevitably become fertile grist for the narrative mill of outgoing showrunner Steven Moffat, the poor man’s Christopher Nolan. This season’s premiere, “The Pilot,” fairly screams, “This is a great new point at which to start watching the show, oh new people! But like, not really.” The episode’s title, for instance, gestures at the idea that this could be construed as a new pilot, a kind of reboot of the reboot—but it actually refers to a character within the episode who becomes “the pilot” of an alien spacecraft.

Then the episode begins with a lingering shot of a new set—the Doctor’s office at an unnamed university, where he has apparently been lecturing since sometime around WWII. Suggesting that not only has there been a significant time gap since the end of the last season, but also that his activities since then have been comparatively mundane. Only now are we starting a new adventure. See everyone? It’s a new beginning! Perfectly safe!

Well, except that the whole reason the Doctor has apparently retired from his time-jumping ways and settled into a comfortable sinecure lecturing rapt college students about whatever pops into his head for 70 years has everything to do with the events of last season: losing Clara, being imprisoned for billions of years by his own people, being forced to forget Clara lest they destroy the universe together. And so on. Including his last date with River Song, whose picture sits on the Doctor’s desk along with a photo of Susan Foreman, the Doctor’s granddaughter (famously introduced in the very first Doctor Who pilot in 1963).

And then the new companion, the charmingly eccentric Bill Potts (Pearl Mackie), is ushered in by Nardole, who for some reason does not qualify as a companion himself (and Matt Lucas is once again mostly wasted in this episode) despite the fact that he travels with the Doctor, is privy to his secrets, etc. Probably because he is not a human, and thus cannot be a putative new viewer’s stand-in as we once again learn all about the Doctor. In her own idiosyncratic way, Bill stumbles and gapes her way into understanding, taking much longer than new companions usually do to comprehend the nature of the TARDIS (for a while she inexplicably thinks it’s a fancy elevator?), but then very astutely asking why an alien technology would have a name that’s an English acronym. (A question which must have been bugging a couple of die-hard Whovians for decades, but which, again, would more readily occur to a new viewer.)

All of this sort-of-a-new-pilot wankery aside, the plot itself is rather hastily fleshed out, as is the way with many of Moffat’s too-clever-by-half puzzle-box stories (just look how insignificant the actual cases are in the later episodes of Sherlock). The Doctor takes Bill, an intellectually curious worker in the university cafeteria, on as a private student, and then she (entirely unrelatedly) discovers that a girl she has a crush on is communing with a weird puddle in a vacant lot near campus. The girl, Heather, has a striking star-shaped defect in the iris of one eye, making it immediately obvious to her that something is off about her reflection in the : It moves like a reflection, but the figure in the is a perfect copy rather than being reversed.

Turns out it’s not at all, but some kind of liquid-based alien spacecraft stuck on Earth until it discovers a suitable “pilot.” Heather, whose entirely personality is “dissatisfied with everything and also a lesbian probably,” is the perfect candidate because she expressly wants to leave where she is. But before she’s transformed into a creepy -based humanoid, she also promises Bill that she won’t leave without her, and so the Heather--alien starts following Bill, intending to take her along as she travels the universe.

But Bill and the Doctor don’t know she’s actually keeping some lame offhanded promise; it just looks like she’s a scary monster chasing Bill. Which forces the Doctor to give an abridged crash course in TARDIS travel while they see just how far and how fast the alien can go. Answer: very far and extremely fast, even through time, and even to the end of the universe.

So the Doctor takes the odd step of flying directly into the Time War, apparently to see if the Daleks can take care of the problem for them. A pretty suspect solution to what is basically a Monster of the Week; can you imagine if every time he’s being chased by an unknown beastie, the Doctor decided to fly on back to the Time War? The only real purpose seems to be to introduce this major antagonist to our imagined new viewer, but that’s weird too, since all we really get is a glimpse of one Dalek screaming “exterminate!” before the alien assimilates it, too.

But then, completely independently of the fact that they’re in the middle of the biggest conflict in the history of the universe, they figure out what’s really going on. Bill releases Heather from her promise, says goodbye, and the alien offers her the chance to travel the universe with her. Bill is tempted, but instead she returns to England with the Doctor. Who doesn’t offer her the same chance—to travel through time and space, as he has done with so many before her.

Instead, he goes to erase her memory, so she won’t unsettle his comfortable university life and will just keep being his student instead of his companion. Bill understandably balks at the prospect, but the Doctor is undeterred—until she asks how he would like it if this happened to him?

At which point he pauses. And this is where the whole “this is a new entry point for the show” thing really falls apart. Because suddenly the Clara Oswald music starts playing, and those of us who watched last season know that this has happened to him: They erased his memory of Clara to prevent them from being the hybrid that ends the universe.

This is why he wanted to take the radical step of erasing Bill’s memory—so he couldn’t develop that same destructive codependency with another companion. Bill’s tutorship was supposed to be a benign version of that relationship. The Doctor needs impressionable young people around him, but in this fashion they could stay grounded on Earth and out of trouble.

Only now he’s inducted Bill into the mysteries of time travel, and he realizes he can’t subject her to the kind of memory loss that was inflicted on him. Instead, he decides to follow his alien gut and embark, companioned, once again.

Whether this is wise or foolhardy is yet to be seen, but it was also inevitable—there is no show without it, after all. And so we’ve got a charming new companion and the introduction to a new season. Whose overall arc will apparently have something to do with a vault hidden underneath the unnamed university. It appears that this, and not the Doctor’s desire to conflate quantum physics and poetry before dumbfounded students, may be the real reason he’s decided to man a lectern for so many years. And it seems like even he doesn’t know what’s behind that door. 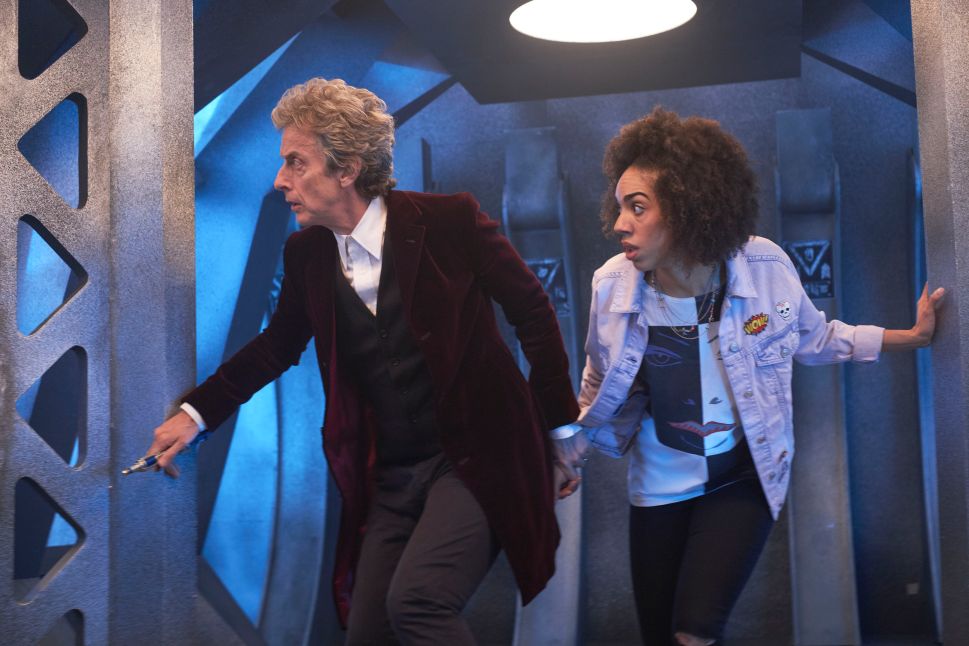