Before you build a website. Before you write a business plan. Before you even tell your parents what you’re doing. Ask yourself one question: Are you solving a problem people actually have?

It seems almost too simple. But the answer will determine whether you enter the hallowed halls of successful entrepreneurship, or join the long list of failed founders.

According to market research firm CB Insights 47% of all startups fail because there’s no market need for what they’re making.

So if you want to make sure you’re in the 53% who actually solve a problem people have (and end up building a successful business), what can you do?

You’ve got an idea. Now what?

According to Y-Combinator founder Paul Graham, you only need 3 things to build a successful business:

We’re going to assume you already have good people (yourself included), so let’s focus on the next step: building something customers actually want.

We all think our ideas are golden. They’re our ideas after all. But being able to climb over our wall of ego and look at what we’re making from an objective standpoint is a powerful tool.

So before we get into any of the specific ways to test your idea, you need to check your ego at the door.

Done? Ok, good. Now let’s dig into how some of the world’s most successful entrepreneurs and creatives built businesses that solve real problems.

Are you the user?

While there’s more than a few ways to find out whether or not you’re creating something customers actually want, Nir Eyal, entrepreneur and best-selling author of Hooked: How to Build Habit-Forming Products, has probably the most simple method.

He calls it the Manipulation Matrix. And it’s composed of just 2 questions:

Sounds simple, but these 2 questions have been the basis of some of the most successful businesses of the past decade. Slack, Facebook, Twitter, Google—they all built products they would use themselves, and they thought would materially improve the lives of others.

Only you can say if your idea will ‘materially improve’ the lives of other people. Which is why the second question is so important for validating the first.

As an actual potential user, you have a keen insight into what you want and need.

“What’s the hardest part about building a product? It’s knowing what the user needs. So a lot of the time what founders will do is they’ll say ‘I’m going to build a product for big brand advertisers because I think there’s a lot of money there.’ Well, have you ever been in advertising? Have you ever bought ads online in massive scale? Well then you don’t know what your customer needs.”

“But if you build for yourself, you at least have the advantage of intimately understanding one user. Yourself. And that’s actually a huge competitive advantage that we should not take for granted.”

Do you care about what you’re making?

While you can find a lot of inspiration on the types of businesses you should consider starting, you shouldn’t pursue a random idea just because someone told you it’s a good idea.

In that same study from CB Insights, researchers also found that 22% of founders cite the main reason their company failed as their lack of interest in what they were building.

Take Nir’s example: Do you care about big brand advertisers? No? Well then you probably shouldn’t spend any more time on that idea. Kill it before it kills you.

As author and Entrepreneur coach, Ryan Robinson explains: The best business ideas come from your strongest areas of interest.

“When the going gets rough (it will), you need to be motivated beyond just the lure of dollar signs.”

To find these passions, ask yourself these simple questions:

If your business or area of business falls under one of these categories, you’re at least solving a problem for one person: You.

Do other people care about what you’re making?

Being your own user and caring about what you’re creating will help you get through the dark days of building a business. But to build something truly successful, you’ll need to ensure other people care about it as much as you do.

For Chris Guillebeau, New York Times bestselling author of The Art of Non-Conformity and The $100 Startup, this means using the power of observation.

Chris Guillebeau explains how he validated a best-selling book:

“Hearing this from lots of different people I asked myself are these people from all over? Yes, they are. Is there another large group of people who want to be like these people? Yes, there are. So how can we facilitate that?”

Are you solving a meaningful problem?

The best businesses solve not only problems people have, but meaningful problems.

The difference is often hard to see.

Allison Arieff, writing in the New York Times, asks in her incredibly poignant essay Solving All the Wrong Problems:

“When everything is characterized as ‘world-changing,’ is anything?”

So how do we identify meaningful problems to solve?

For Crew and Unsplash founder Mikael Cho, it started by looking at the things that bother you the most in your own life. If it’s a regular occurrence, you just might have found something.

“It’s just being aware of things that you’re doing in your life that suck. And the ones that really suck? Those are the ones you go after.”

Mikael Cho explains how to find meaningful problems to solve.

“Because you can relate so well, you can solve the problem in a totally different and likely better way that almost anybody else who’s going to try it.”

Cho explains that it comes down to research. You experiencing a problem over and over is the same as doing user research. At Pixar, the studio sends its animators to do the jobs they’ll be depicting so they can truly understand the pain points those people have in their day-to-day.

For example, for Ratatouille, the film about a Parisian rat with culinary ambitions, the movie’s artists were sent to intern in French kitchens for the summer before production began.

Taking this approach you at worst get a deeper understanding of someone else’s life and problems. And at best, find a new solution for a real problem.

“When you have that moment of ‘ahh, this sucks!’ write that down. You might not know the answer to it right away, but you’ll start to think up solutions.”

Are you solving the most important problem your users have?

If you’ve come this far and still think you’ve got a winner, there’s one final step to get through.
There are usually tens if not hundreds of problems you can solve for your user that you care about and they care about and are meaningful. So how do you choose?

A great business idea starts with the basics and solves the most important issue first.

“If those are all the parts that make up that problem you want to solve, look for the biggest one,” explains Cho.

“What’s the biggest problem you have to solve in order to do all the other ones?”

“Crew today solves a lot of those problems. But Crew the first step only focused on getting good contracts for goof contractors.”

Instead of rushing out to build the system we have today, our business started as a Mailchimp newsletter. If the main problem was connecting people, we wanted to focus on that first before tackling anything else.

“Overbuilding is a big problem because you think you have to build this great thing to live up to your great idea. But really, you have to break an idea down to its essence and then slowly layer on top of that.”

Every business is built on a problem.

So before you go off and spend your time building anything, make sure you have a problem worth solving. Step outside your ego and ask yourself these questions. The answer might just be the difference between the life and death of your business. 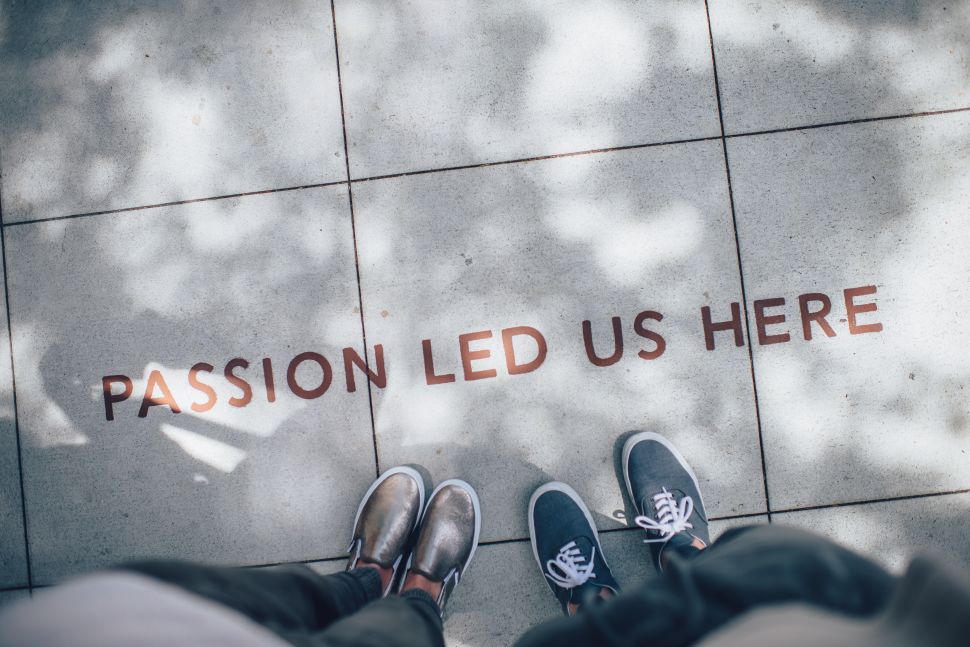