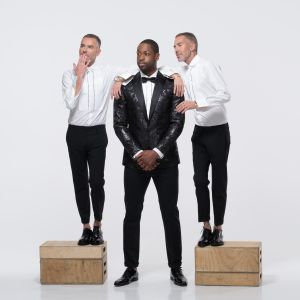 The worlds of sport and fashion continued their collision last night on the 7th floor of Saks Fifth Avenue where living NBA legend Dwyane Wade was busy debuting his first foray into high design with DSquared2. Helmed by identical twin duo Dean & Dan Caten, DSquared2 first came into Wade’s purview when he attended a runway show put on by the twins in Milan.

“Most shows are quick, they’re quiet, but the Catens had performances and it was exciting, so I went backstage and met them, and that sparked up this relationship,” Wade recalled. DSquared2 has also been responsible for his wedding ensemble, and many outfits worn by Wade’s three sons. “Every time they come to Miami we make sure we do lunch, and I invite them over to the house, and that’s how we came up with this collection. I said, ‘All of our names start with D, so I could be like the third brother, like D-Cubed, and that small idea turned into where we are today.” 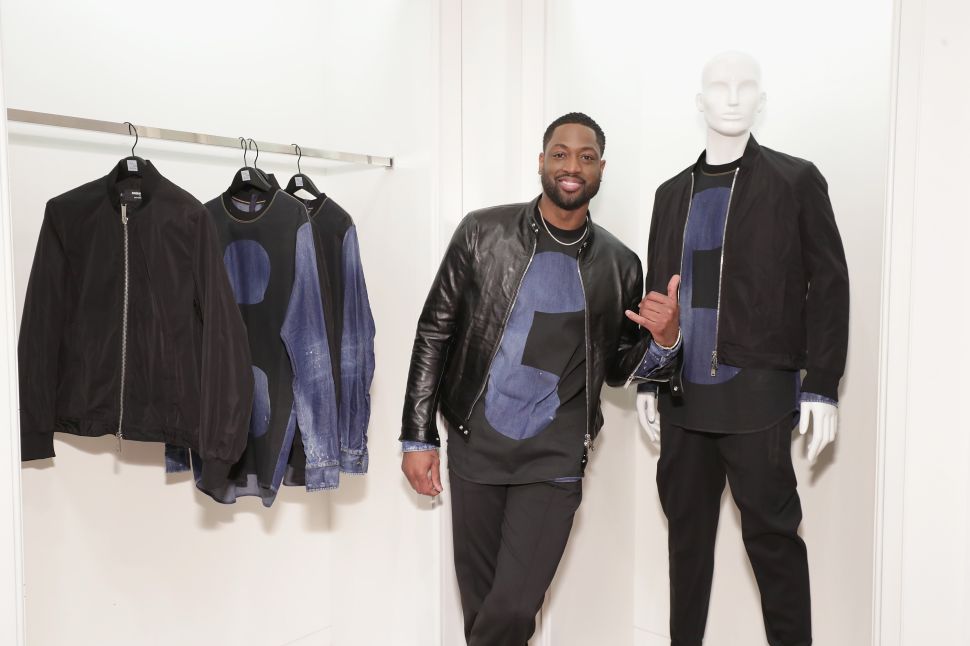 The collection, comprised of nine individual pieces to form six looks, takes Wade and his fans from day to evening. There are essentials like the brand’s signature washed denim and a leather bomber, as well as statement items like a jacquard tuxedo blazer that have become commonplace in the athlete’s off-court wardrobe thanks to stylist, Calyann Barnett. “When we started working with her years ago it was a baggy world,” Wade said. “I was wearing 5X tees, and she slowly took me down. She tried to give me a 3X tee and I was like ‘No!’ So first it was taking the clothes down and tailoring them, then we tried color – pink pants and all of that. Then, as I traveled the world and met new people, I saw new things and wanted to try them for myself.” 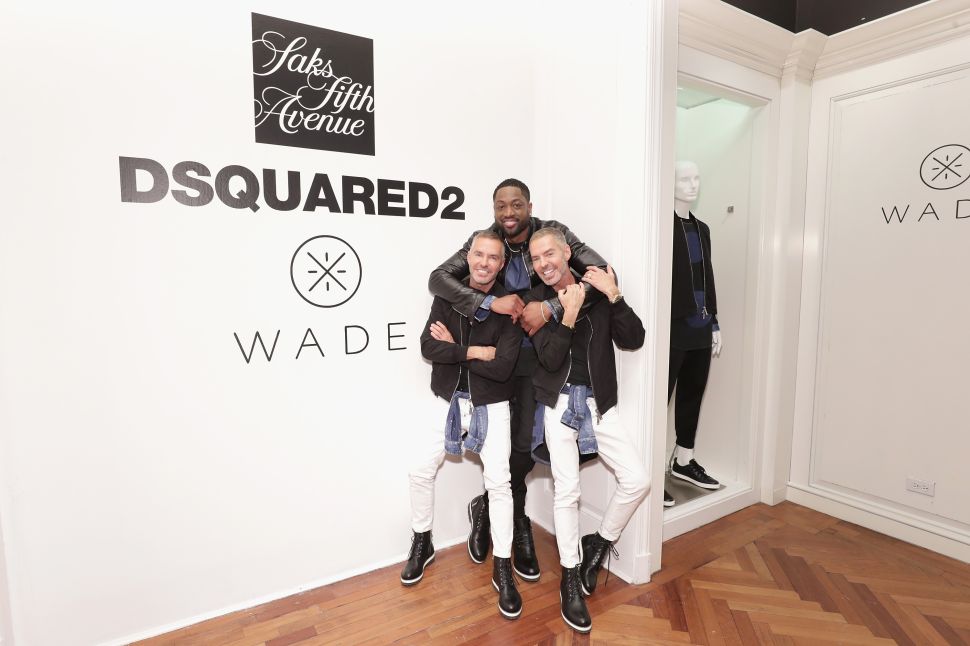 Also on hand we’re both Dean and Dan, who credit Wade for teaching them how to play basketball. “He’s a sport guy, and we’re fashion guys, so we brought together these two worlds, and I think they’re closer now than they’ve ever been – oh and he also taught us to play basketball,” Dan Caten said, wide eyed. “I got a dunk on my first shot!” Wade, however, remembers it a bit differently. “It was not pretty at all,” he said through laughs. “We went in my front yard where we have the full court, and had a little fun, but they were terrible.”

Friendships aside, the capsule collection is set to be a boon for business at Saks, where, according to the store’s Men’s Fashion Director Eric Jennings, unique and progressive pieces like a jacquard tuxedo sell best. “I think anytime you can partner a great designer with a great personality, particularly in sports, it’s going to be a home run – or a slam dunk, how about that?” Jennings quipped, and, evidenced by a line of shoppers and fans alike snaking through the store, it was a slam dunk indeed. 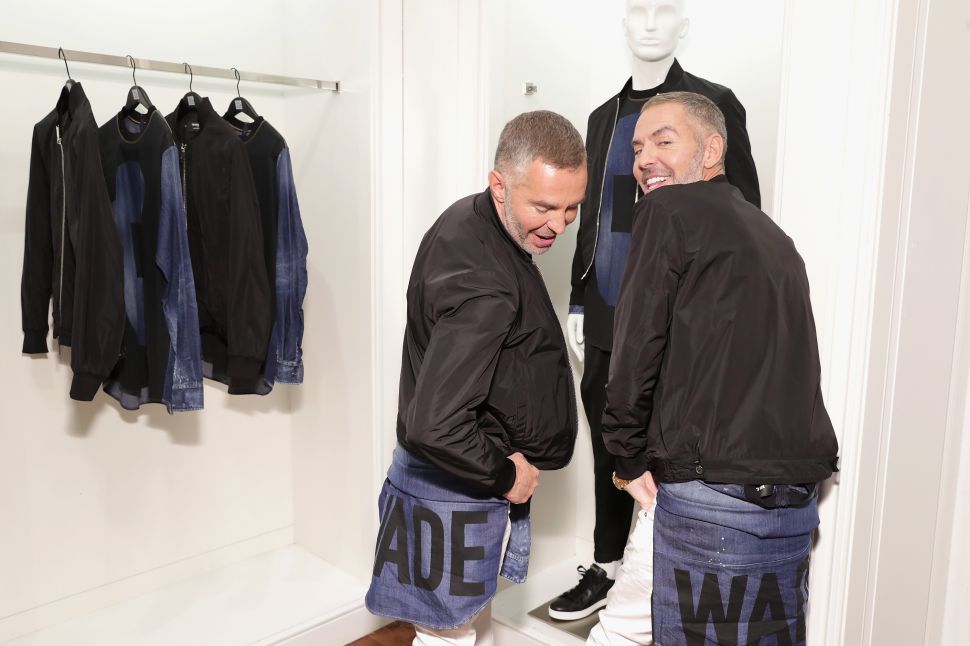 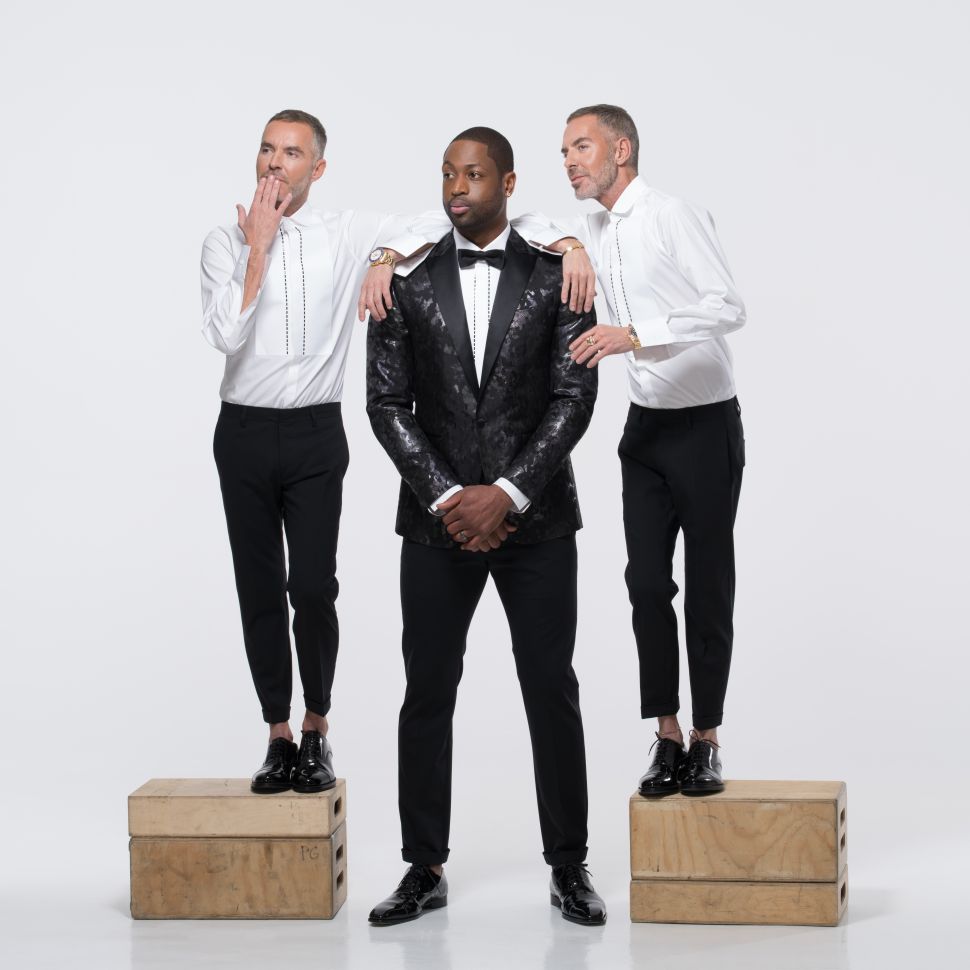