The famous Egyptian pyramids are getting a new addition.

Egyptian archaeologists from the Ministry of Antiquities just announced they discovered a 3,700-year-old pyramid about 25 miles south of Cairo. While a total of over 100 Egyptian pyramids of various sizes have been discovered over time, this find is especially paramount because it’s believed to be the early Egyptians’ first attempt at a smooth sided pyramid.

The pyramid necropolis (or large cemetery of an ancient city) was the burial site for high-ranking officials and dates back to the 13th dynasty.

What’s more, it’s also in especially pristine condition. While the team is currently trying to excavate and determine the size of the pyramid, Adel Okasha, the head of Dahshur necropolis, said the archaeological mission is now studying the extensive hieroglyphics that have been found in tact on interior walls and the 10 vertical columns.

“The text is written on the cartouche (hieroglyphics stating the name and title of a monarch) is for King Imani Kamau, one of the kings of the 13th family,” the Egyptian Ministry of Antiquities wrote in a Facebook post, where it announced the discovery.

Since the pyramid was discovered earlier this week, mostly interior structures have been uncovered. 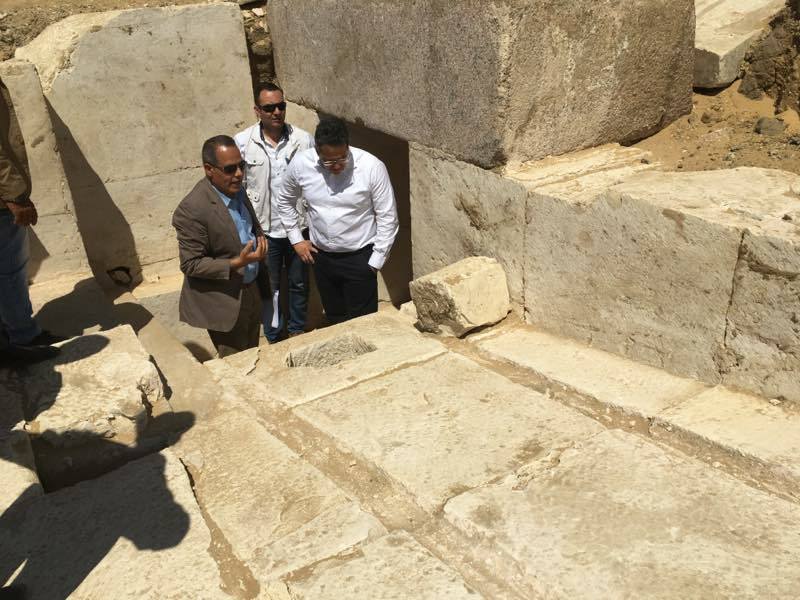