Enzymes, the catalysts of biology, can engulf and break down hundreds of nerve agent molecules per second. Pymol. PDB 4E3T/rcsb.org

A chemical weapons attack that killed more than 80 people, including children, triggered the Trump administration’s recent missile strikes against the Syrian government. The use of illegal nerve agents – apparently by the Assad regime – violated international law; President Trump said he was moved to act by images of the victims’ horrible deaths.

But there’s another path to mitigate the danger of chemical weapons. This route lies within the domains of science – the very same science that produced chemical weapons in the first place. Researchers in the U.S. and around the world, including here at the University of Washington’s Institute for Protein Design, are developing the tools needed to quickly and safely destroy nerve agents – both in storage facilities and in the human body.

Nerve agents, a class of synthetic phosphorous-containing compounds, are among the most toxic substances known. Brief exposure to the most potent variants can lead to death within minutes. Once nerve agents enter the body, they irreversibly inhibit a vitally important enzyme called acetylcholinesterase. Its normal job within the nervous system is to help brain and muscle communicate. When a nerve agent shuts down this enzyme, classes of neurons throughout the central and peripheral nervous systems quickly get overstimulated, leading to profuse sweating, convulsions and an excruciating death by asphyxiation. 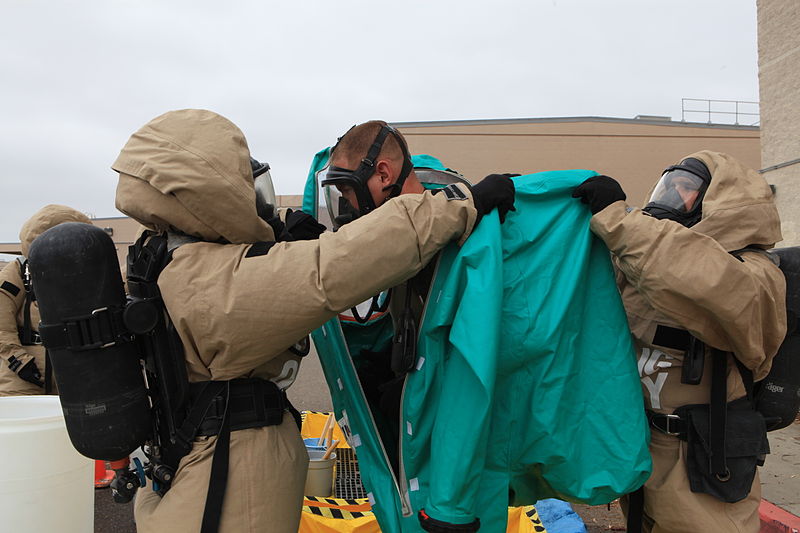 Chemical weapons are often associated with wars of the previous century – mustard gas in WWI, Zyklon B in WWII. But the worst variety, nerve agents, were never deployed in the world wars, though Nazi scientists developed the first generation of these compounds. Gerhard Schrader, the so-called father of nerve agents, didn’t begin life as a Nazi scientist – he was developing new pesticides to combat world hunger when he accidentally synthesized the first organophosphorus nerve agent. Later, he led the research team that produced sarin, or GB, the most toxic of the all the so-called G-series nerve agents. The U.S. government stated with “very high confidence” that sarin was used in the recent attack near Idlib, Syria.

Beginning in 2013, teams from the Organization for the Prohibition of Chemical Weapons went to Syria and, with help from the Danish, Norwegian, Russian, Chinese and U.S. government, destroyed all declared stockpiles of Syrian chemical weapons. It seems that either not all of Assad’s stockpiles were in fact declared and destroyed, or that new nerve agents arrived in Syria – either via the black market or chemical synthesis – in the intervening years. 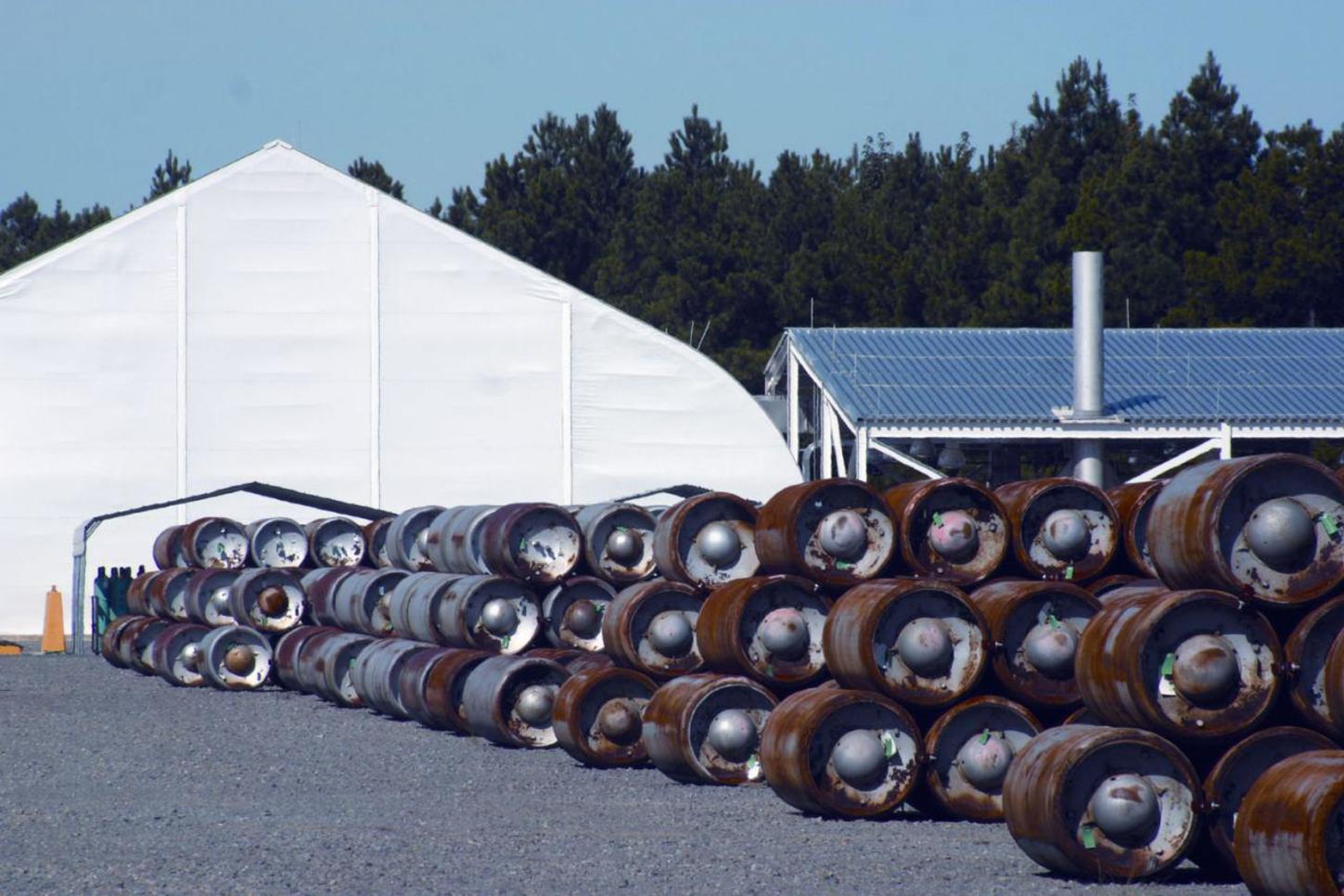 Twenty-first-century chemists, biochemists and computer scientists are working right now to sap chemical weapons of their horrifying power by designing counter agents that safely and efficiently destroy them.

Sarin sitting in a container – as opposed to in a human body – is relatively easy to destroy. The simplest method is to add a soluble base and heat the mixture to near-boiling temperatures. After several hours, the vast majority – more than 99.9 percent – of the deadly compound can be broken apart by a process called hydrolysis. This is how trained specialists dispose of chemical weapons like sarin.

Nerve agents that make their way inside the body are a different story. For starters, you clearly cannot add a near-boiling base to a person. And because nerve agents kill so quickly, any treatment that takes hours to work is a nonstarter.

There are chemical interventions for warding off death after exposure to certain chemical weapons. Unfortunately, these interventions are costly, difficult to dose properly and are themselves quite toxic. The chemical antidotes pralidoxime and the cheaper atropine were deployed after recent attacks in Syria, but doctors in the area worry their dwindling supplies offer little protection against possible future attacks.

For a medical intervention to work after nerve gas exposure, it has to work fast. If a first responder administers a sarin-destroying molecule, each therapeutic molecule must be capable of breaking down through hydrolysis hundreds of nerve agent molecules per second, one after another.

Enzymes, the genetically encoded catalysts of biology, are up for such a task. Famous enzymes include lactase, which breaks down milk sugars in those who are lactose tolerant. Another known as RuBisCO is vital to the process of carbon fixation in plants. The most efficient enzymes in your body can perform a million reactions per second, and do so under chemically mild conditions.

Aside from their astonishing speed, enzymes often display an equally impressive selectivity. That is, they react with only a small number of structurally similar compounds and leave all other compounds alone. Selectivity is useful in the context of the chemical soup that is the cell but problematic when it comes to xenobiotics: those compounds which are foreign to one’s biology. Man-made organophosphates such as sarin are xenobiotics. There are no enzymes that hydrolyze them well – or so we thought.

When farmers spray pesticides, much of it ends up on the ground. Soil bacteria living nearby are challenged by high doses of these potent foreign chemicals. It turns out that efficient detoxifying enzymes have recently evolved inside some of these microbes as a result.

Scientists have identified and isolated a small number of these enzymes and tested them on a range of nasty compounds, including nerve agents, which are structurally similar to some pesticides. A select few did indeed show hydrolytic activity. 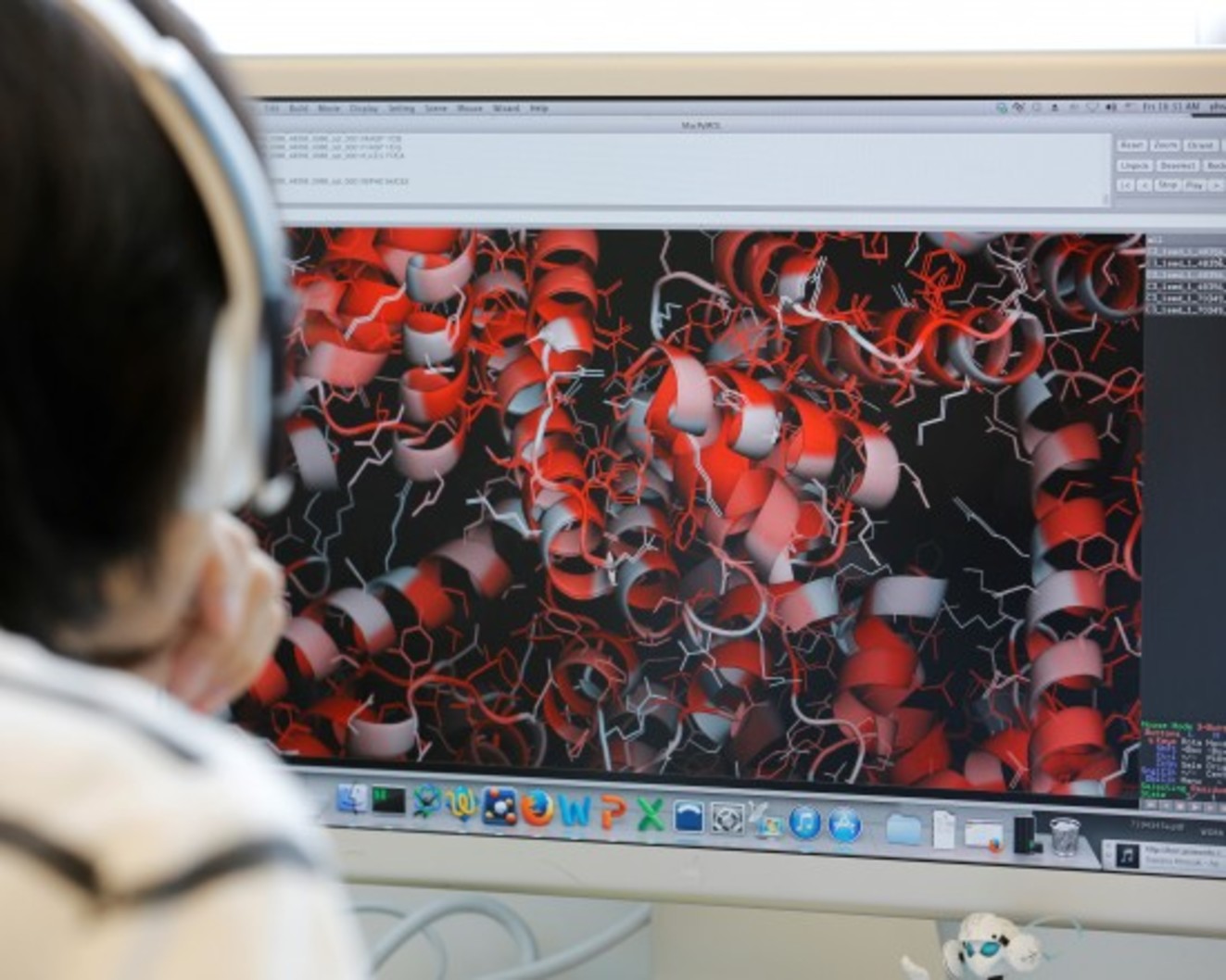 Scientists are using computers to design a new generation of proteins to solve 21st-century problems. UW Institute for Protein Design

Improving on the discovery

Researchers have taken these naturally occurring enzymes as raw material. Then, using computer modeling and controlled evolution in the lab, we’ve bolstered the efficiency of the originally found anti-nerve agent enzymes. Enzymes that initially showed only modest activity have been turned into potential therapeutics against VX – a chemical cousin of sarin and the most toxic nerve agent of all.

In a proof-of-concept study conducted jointly by researchers in Germany and Israel in late 2014, guinea pigs under anesthesia were exposed to lethal doses of VX, followed by optimized VX-destroying proteins. Low doses of the protein drug, even after a 15-minute delay, resulted in survival of all animals and only moderate toxicity.

Despite these promising advances, no enzyme yet exists which is efficient enough for lifesaving use in people. Scientists are refining these microscopic machines, and new paradigms in computer-aided protein engineering are unlocking the door to this and other applications of biomolecular design. We may be only a few years away from developing the kind of therapeutics that would make chemical weapons a worry of the past.

As the world grieves over the latest attacks in Syria, it is worth keeping in mind the awesome and often complex power of science. In trying to combat hunger, one might accidentally invent liquid death. In studying soil microbes, one might discover a tool to prevent atrocities.

Ian Haydon is a Doctoral Student in Biochemistry at the University of Washington. This article was originally published on The Conversation. Read the original article.