Holder, the first African-American to lead the U.S. Department of Justice, highlighted how courts had found GOP-backed North Carolina and Texas statutes obligating poll-goers to display a state-verified credential to be discriminatory. The appointee of former President Barack Obama accused Republicans of trying to “change the rules” to overcome growing demographic disadvantages.

He also made a dig at President Donald Trump, who has repeatedly asserted—sans evidence—that “millions of people” illegally cast ballots in last November’s election.

“Over 50 years ago, the passage of perhaps the most significant civil rights legislation in our nation’s history—the Voting Rights Act of 1965—that most basic of American rights, the right to vote, to protect and that most basic of American rights is now, as Rev. Al said, under siege,” Holder said at the annual Manhattan gathering. “Now to employ the language of our president, that is how elections are officially rigged by state governments controlled by his party.”

“History will be harsh in its assessment of those efforts,” he continued.

Noting that studies have shown that actual instances of in-person voter fraud are extremely rare, Holder said the country should be making it easier for people to vote. He blasted what he described as “un-American” attempts to to “make it more difficult” for their fellow citizens to “express their views.”

He also argued there wasn’t a need for voter identification because people are already required to in some way verify themselves at the polls. New York, for instance, has people sign their names in the voter roll.

“Now let me start with a basic statement upon which you’ll all agree: every person attempting to vote should not show he or she is who they claim to be ’cause face it, too many today forget that this has always been the case,” Holder continued. “Let me say that again: it has always been a component to identify yourself before you cast a ballot.”

Holder noted that the Census Bureau reported that in the 2008 presidential election, more than 70 million adult citizens did not vote and 60 million were not registered to vote. The real aim, he said, should be to establish automatic voter enrollment for all residents of a state.

“This is one of the places where I think we should focus our efforts,” he said.

Gov. Andrew Cuomo urged similar reforms during his State of the State tour in January. 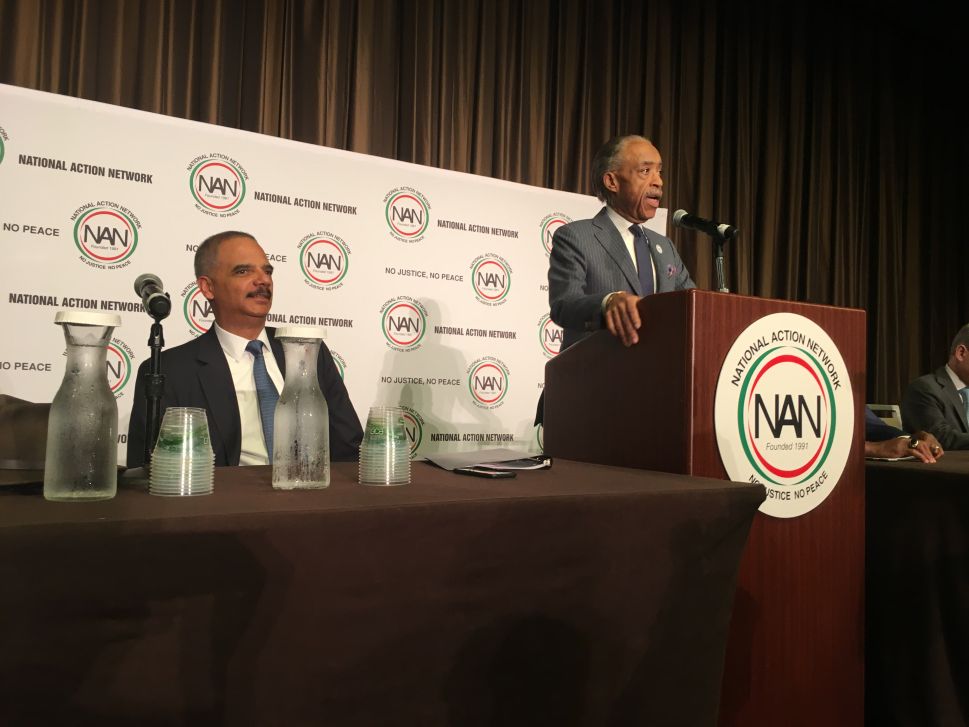