Nearly three years after the Ferguson, Mo., uprising captivated the nation and the world, the NAACP and Fuse TV have teamed up for a new documentary entitled Show Me Democracy.

The documentary follows seven St. Louis college students as they evolve into advocates and activists in the wake of the Ferguson uprising.

Directed by Dan Parris (What Matters, When the Saints), the feature-length film chronicles just how these individuals work to combat racism and police brutality; advocate for educational reform; and ask the question, Can a small group of young people make a difference in a complex and imperfect system?

“[This documentary] delivers a strong message to our audience, who are always primed to take on the call of engagement and action,” said Fuse Media senior VP of content strategy, Marc Leonard. “We’d like to go beyond a traditional broadcast and ignite a multiplatform conversation with television serving as the catalyst to a conversation across online, mobile and social to raise awareness of crucial issues.”

NAACP President and CEO Cornell William Brooks said, “The Civil Rights movement was fueled by the energy and activism of young people and the current and future struggle rests on the awareness and advocacy of young people. This represents a dynamic way to reach and inspire that audience.”

Parris added, “There is both a crucial and delicate balance between the loud cries of protest and the careful consideration of ways to solve the greatest issues of society. Our future leaders are a variety of races, backgrounds and experiences. I hope this film has the effect of informing the viewers to embrace, not fight, these agents of change. I’m delighted to tell this story.”

Show Me Democracy premieres on Saturday, April 29 at 9 p.m. ET/PT on Fuse. 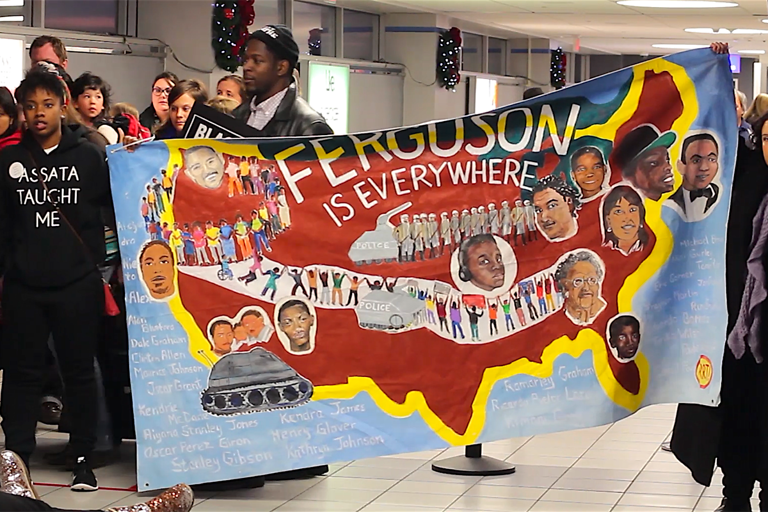