Before everyone was talking about the garbage fire that was Fyre Festival, the online chatter of the week was all about FaceApp—the new app that uses artificial intelligence to change your face. You simply take or upload a picture and the AI alters your gender, age or smile.

While most people have been using the app on themselves, one Twitter user uploaded a photo of Mark Zuckerberg and proceeded to apply the female filter over and over again. The results got so bizarre that eventually the app failed to even recognize a face.

A thread in which I make Mark Zuckerberg increasingly female using Faceapp. No other editing. pic.twitter.com/QsAOtOqAgj

But the fun doesn’t end there. User @dubsteppenwolf continued with a postmortem that is equally hilarious.

By the third iteration, she already resembles your slightly-off neighborhood busybody.

Everything after that is an increasing series of terrors. Marcias that never should have existed. Marcias that beg for the release of death.

Marcias that come howling out of the night, scratching at your doors, screaming from the forest

Well, that’s one use for the app. 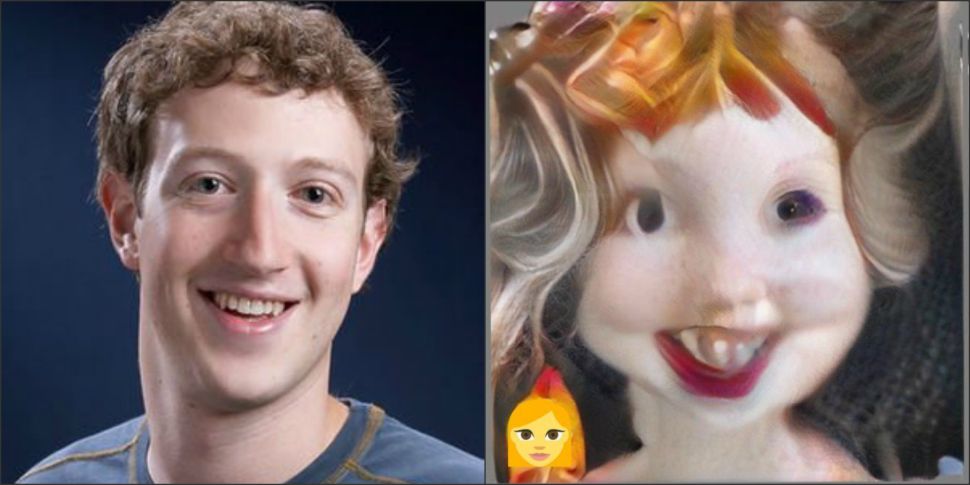