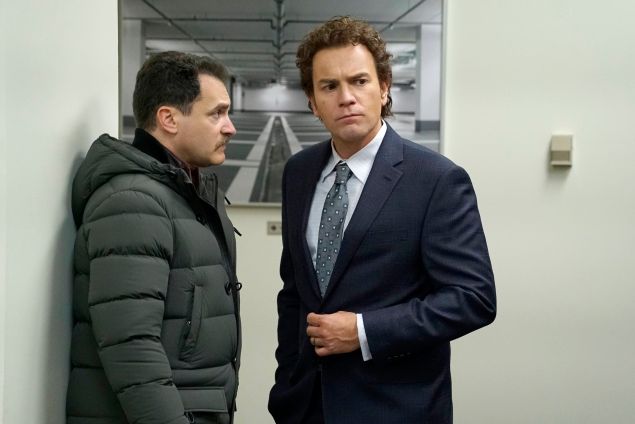 Buried just underneath the blood-splattered snow mounds of the American Midwest, right out of earshot of the aw jeez‘s and dontchyaknow‘s that populate Fargo‘s Minnesota Nice is a question Noah Hawley–and the Coen brothers before him–have been trying to answer since 1996: What, exactly, makes a story “true?” What does it mean for a storyteller to claim, upfront, to be taking you on a journey “exactly as it occurred,” only to have a UFO descend from the sky to break up a firefight?

“The Law of Vacant Places,” Fargo‘s third season premiere, lays out this thesis blunter than any Fargo season (or film) before it. We open with a small room somewhere in East Berlin, 1988, on the Communist side of the still-standing Berlin Wall. Outside it is lightly snowing, but inside two men are caught in one heck of a misunderstanding: Jakob Ungerleider knows, possibly for a fact, he is not Yuri Gurka, that his wife’s name is Helga Ungerleider and not Helga Albracht, that she is at home avoiding the winter weather and not lying in a morgue, strangled to death. But for Jakob Ungerleider to be right, the state–and by extension, the stoic officer sitting across from him–would have to be wrong. “What you are giving me is words,” the officer says. “This wife who is ‘alive,’ a ‘different last name,’ that is called a story. We are not here to tell stories. We are here to tell the truth. Understand?”

And we do understand, then, that in its third year Fargo is going to exist more than ever in the murky gray between Ungerleider and the state, “truth” and “story,” trudging plow-like through the foothills between a truth, your truth and the truth. Which makes it all the more appropriate that when Fargo: Year 3 arrives now, 2017, a period plagued with “alternative facts” and “fake news,” it does so not with the grace of a UFO but with all the subtly of an air conditioner falling on your head. 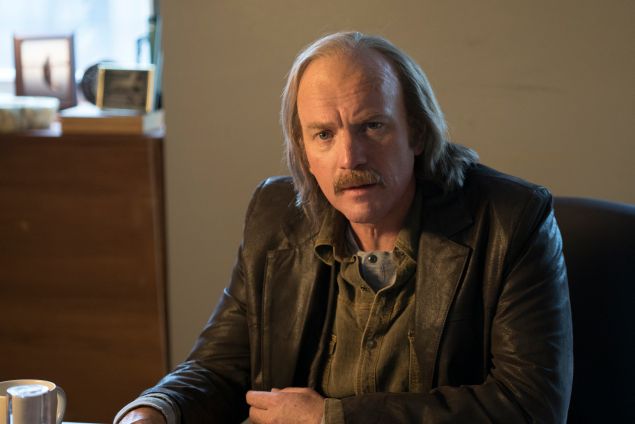 Flash forward to 2010; the dates, names and location change but the situation is same as it ever was. We trade Ungerleider vs. the Communist state for Stussy vs. Stussy, Ray and Emmit, two brothers (but not twins) both portrayed in varying degrees of paunchiness by Ewan McGregor. McGregor, who has played dual roles twice before, seems to have a better handle on Ray, thanks, I’m sure, in no small part to the sometimes-prosthetic, sometimes au naturel gut dragging down his usually slight frame, as life seems to do to Ray at any given turn. As Emmit, his performance feels a lot more like Ewan McGregor got drunk at a Great Gatsby-themed party and tried to do a Minnesota accent. Great wigs, though, and kudos to whoever decided to color Emmit’s smile a white more blinding than the snow outside his stuffed-bear-boasting mansion. What Hawley has instilled in both brothers, though, is a belief in something they believe to be true at such a deep, fundamental level, they’re both willing to steal–and, eventually, kill–in order to bring that truth to life. Emmit, that he deserves his vast fortune, that he’s earned it; Ray, that his brother stole that very same fortune away from him.

Here’s what we do know: When the brothers’ father died, he bequeathed a red Corvette to Emmit and a vintage stamp collection to Ray. Emmit, business-savvy even then, proposed a trade and Ray, just 15-years-old with visions of backseat trysts dancing in his head, agreed. The eldest Stussy then sold the stamp collection into the basis for his eventual fortune, vaulting off that foundation to become the “Parking Lot King of Minnesota,” while Ray steered that red Corvette out of his high-school glory days and into a life of male-pattern baldness and parolees splashing piss on to his cowboy boots. “The way I figure, you still owe me,” Ray tells Emmit in the brothers’ only scene across from each other, one lone stamp still hung lovingly on the office wall behind them.

And, again, who knows what the “truth” is? Who knows whether Emmit would have still amassed a fortune while driving a dingy Corvette, or if Ray would have even realized the value of some dusty stamps? What matters is the belief that they are right, a belief so strong that, in Ray’s case, he convinces drug-test-blowing parolee Maurice LeFay (a delightfully strung out Scoot McNairy) to break into his brother’s house and steal back what he sees as his birthright. But belief is as dangerous as it is fickle; after all, it is because Maurice is sure, so sure, half-stoned and full-dense as he is that the address written on the wind-stolen piece of paper read “Eden Prarie” that he ends up breaking into the wrong home and murdering the step-father of Gloria Burgle. 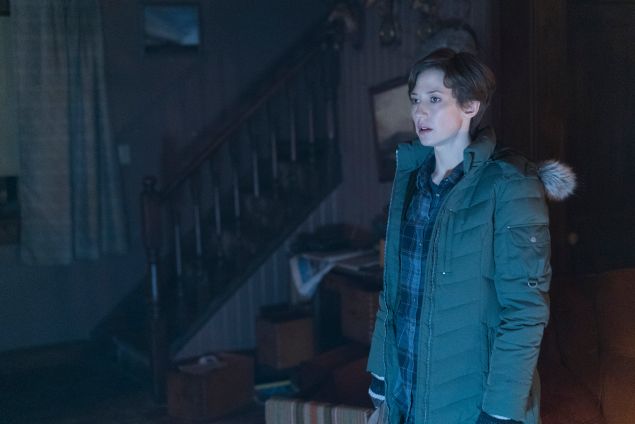 Gloria–and what a name that is, Gloria Burgle–is Fargo‘s prerequisite put-upon small-town police officer just, aw heck, trying to do the right thing, a spiritual successor in browns and tans to both Molly (Allison Tolman, season one) and Lou (Patrick Wilson, season two) Solverson. Gloria’s a whisper in the Minnesota wind, struggling to gain attention from a smart-phone absorbed son, Nathan, and automatic doors alike. The fact that Gloria’s husband left her for another man doesn’t say as much as her quiet acceptance after the fact.

But, as anyone who has seen HBO’s misery-hour The Leftover‘s can tell you, a character played by the formidable Carrie Coon is going to have more layers a Fargo extra’s outfit. The same woman who casually describes a U-Turn as “flipping the b-word” is also to walk, unflinching, into her step-father’s suspiciously open front door, to return gun-drawn even after she discovers his body in front of the open freezer door.

Fargo, for all its cheeky colloquialism and black humor, is still usually good for at least one panic-attack-disguised-as-TV-scene per episode (heck, season two was made up of roughly 85 percent tense standoffs). And Jesus, what a scene. Hawley plays with the darkness–or lack thereof– only an isolated house in the middle of the Minnesotan countryside could provide, but it’s the sound that turns this into a nightmare; the static of the TV mingled with Maurice’s faint footsteps are all we get until that overwhelming throat-singing–think Watto from Star Wars: The Phantom Menace but possessed by the demon Pazuzu–bursts in to soundtrack Gloria’s mad, flashlight-assisted rush through a house that suddenly seems just that much more haunted.

And, in the end, it amounts only to confusion and the discovery of a stack of what looks like old horror and pulp (“The Dungeon Lurk,” “The Planet Wyh”). “What the heck?” whispers Gloria to a house that can only answer with creaks in the wind. 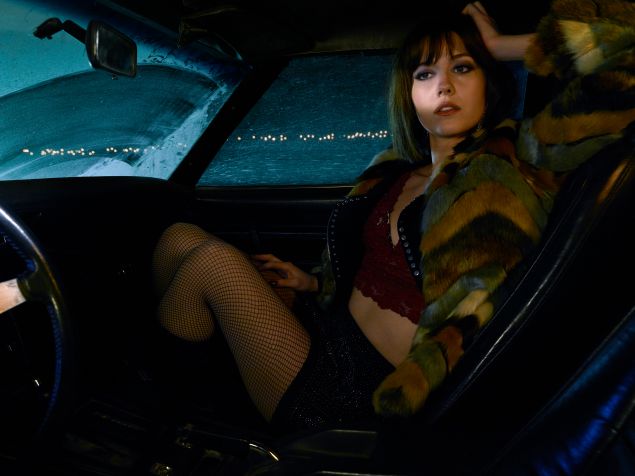 Bless Mary Elizabeth Winstead’s Nikki Swango for providing the world with A) The name Nikki Swango, a surefire staple on fake IDs for years to come, and B) the most–and possibly only–baller as hell competitive bridge montage in the history of competitive bridge. While Maurice bungles the stamp-theft to high hell, Ray and his “simpatico to the point of spooky” parolee-turned-girlfriend are taking home third runner-up (check her Facebook, it happened) in the Wildcat Invitational.

I love the genuine affection between Nikki and Ray–Nikki could have easily been played as a leeching harpy, Ray just as simply slipped into the role of vengeful thug–especially when compared to the private life of Emmit. Nikki’s apartment is nothing compared to Emmit’s sprawling estate, but she and Ray fill the entire place with warmth as easily as they fill the bathtub with their bodies; compare that to Emmit’s wife reminding him to take off his “house shoes,” a nod to a life of great sterility.

But, of course, no moment of peaceful bliss goes untarnished in the Fargo universe. “I won’t lie,” Maurice says, bursting into Nikki’s bathroom bearing a sleeve of $.25 stamps. “It did not go smooth.” It never does; the situation escalates, from threat to threat, from bare ass to bare ass until Maurice draws a gun, demanding a “dollar value” of $5,ooo for his troubles. I believe it was Chekhov who dictated a gun drawn must be fired by the third act unless the character who drew said gun is crushed to death underneath an air-conditioning unit.

Hawley milked that death-by-AC for all it was worth, spinning and whirling its way from Nikki’s apartment to Maurice’s cranium, and I won’t sit here and tell you the resulting Silly Putty-esque flattening wasn’t worth the wait. But even more, it cleverly justified the idea of Nikki’s competitive bridge infatuation; any person who understands the mind-dulling rules of a game like Bridge, understands well enough for gosh-darn third runner up spot in the Wildcat Invitational, is a character I believe can calculate Maurice’s flight down her apartment steps.

Appropriate, too, that it’s Ray, the bald-headed brawn to Nikki’s brains, that eventually says hell to the data and simply boots the A.C. from the window. The aftermath of the murder, so quickly and efficiently done, is key; the duo is energized, even elated. “You’re so…sexy,” he says to Nikki as she lies to a police officer over the phone. Because to these two, especially Ray, all of this, the botched robbery, the quick escalation to violence, it’s all a means to procuring what Ray is owed. Has always been owed. Ray isn’t dangerous because he’s naturally a criminal, or because he’s violent. He’s dangerous because of that malleable idea of the “truth,” his truth, a vision of a future-to-be that so consumes Ray Stussy he’s willing to do anything to make it a reality.

As the strains of Nathaniel Rateliff & The Night Sweats’ “S.O.B.” closes out the episode, it’s only appropriate that the lyrics “I’m gonna’ need someone to help me” echo as we cut back to Gloria, a character whose grip on reality, once as simple as flipping a b-word on a wide open road, is plummeting faster than a dislodged air-conditioner, turning end over end toward the pavement. 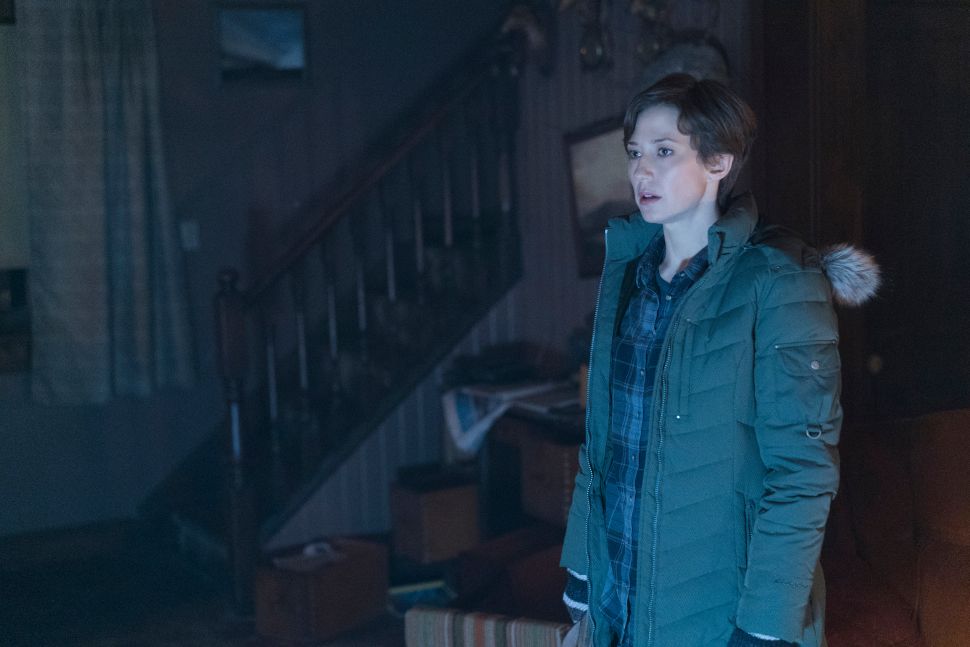