A month before 9/11, a Sbarro restaurant in Jerusalem exploded into a scene of carnage, the result of a male suicide bomber who took the lives of 15 people, including two Americans. This month, the U.S. is demanding that his female accomplice be extradited to the U.S. to stand trial for these deaths, including two children.

How do terrorists recruit women like Ahlam Tamimi, the subject of the extradition demand, into committing such attacks?

Dr. Bina Patel, of Nova Southeastern University has some answers. In her presentation “Women’s Roles in National Security Threats” at a conference at the Western Hemisphere Institute for Security Cooperation (WHINSEC), Dr. Patel points out that women actually outperform men in terms of mission success in these terror attacks.

Female terrorists are normally a rare phenomenon. In our analysis of lone wolf terrorists from 2013 to 2015, less than 10 percent of the terrorists were women. Most would suspect that many Islamic societies in the Middle East wouldn’t give women an opportunity to play such a key role in a terrorist campaign.

Anyone who has seen the 1966 film Battle of Algiers remembers how the French set up checkpoints throughout the Algerian capital, profiling potential terrorists. But the FLN, an Algerian terror group, beat the plan by getting women to slip through the cordon, in order to set off bombs in crowded bars, restaurants and nightclubs. And Chechen terrorists have waged a terror campaign in Russia, Dagestan, and their own republic of Chechnya with the infamous “Black Widows.” Female terrorists can also be found among the Tamil Tigers and Palestinian terror groups.

But how do terrorists recruit women? They prey on women made vulnerable by being unable to fit into traditional roles in these conservative societies.

According to Patel, there is a lot of brainwashing, with Islam being taken out of context and strongly influenced by subcultures within the local culture.

“The women recruited don’t want equality,” she told my audience. “They want escape, and death is that escape. They do so even though Islam forbids suicide. There’s room to misrepresent this, and terrorists exploit this.”

So, which women do terrorists recruit? They look for women who have been emotionalized traumatized by rape, having a miscarriage, divorce, or otherwise not pleasing her husband, mother-in-law and family. You’re treated as worthless, so terrorists say, “The only productive thing you can do is to fight for us. It’s the only way to be acceptable,” according to Dr. Patel.

Tamimi, who drove the bomber to the restaurant and scouted out the target location, is rather unrepentant for her actions. Even though she had been released along with several other prisoners in an exchange for kidnapped Israeli soldier Gilad Shalit back in 2011, she vows to do more. That, as well as her past crimes, is perhaps why the Trump administration is demanding she be brought from Jordan to the USA for trial for her role in those American deaths.

Is there anything that can be done about female terrorists? Perhaps exposing how terrorists are exploiting Islam for their own personal ends might be a start. Programs designed to help women recover from traumatic events, and even play a key role in their society could help. But the best strategy might be to have that aggressive anti-terrorist strategy work, to rid the neighborhood of such bullies. Patel’s research included information from parents who claim they didn’t support the decision of the women to become terrorists, but weren’t allowed to oppose their decision. Rather than expect retribution from a wave of ISIS terrorists over Mosul, their removal may give women the chance to begin their healing process from their life tragedy with their families. 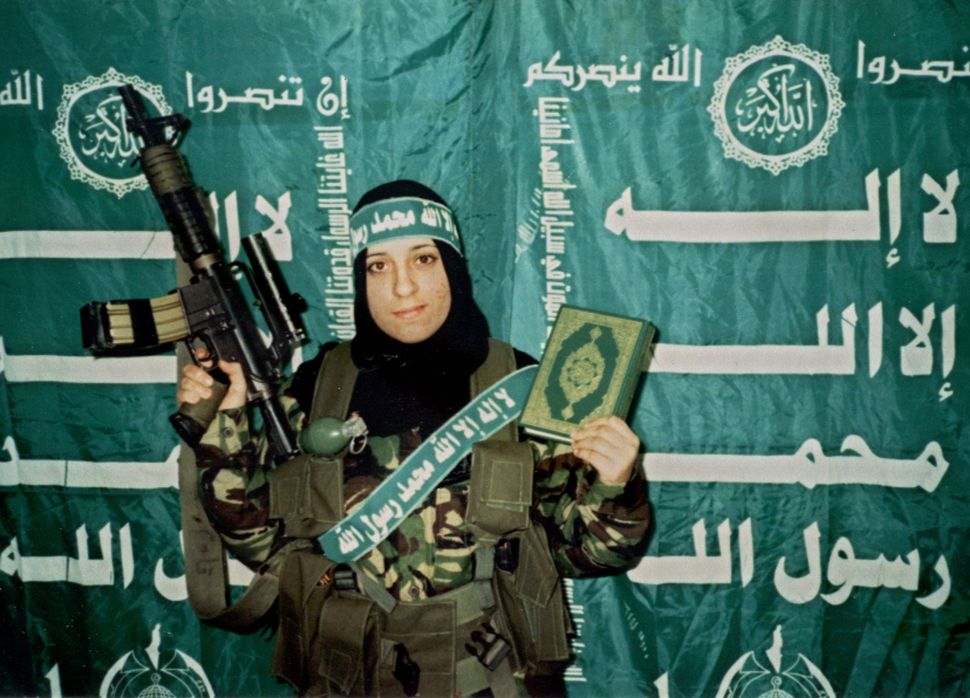