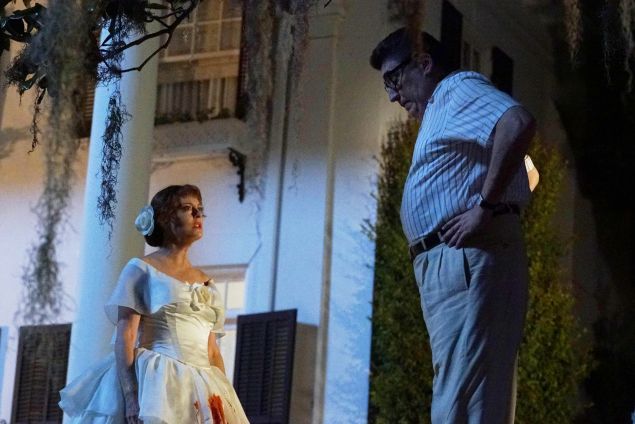 Episode six opens with Joan Crawford starring in a ridiculously cheesy trailer for a probably-awful horror film called Strait-Jacket. This was back during the era when movie trailers explicitly warned audiences that they probably won’t be able to endure the sheer terror of the film its advertising, which honestly Hollywood should think about bringing back.

John Waters takes the stage as William Castle, director of Strait-Jacket. Crawford is also there to help promote the movie, which she clearly hates a lot. But she does manage to plug Pepsi in her remarks, which is great. Crawford proceeds to recover from the humiliation of the event by getting hammered and lamenting about her lack of acting offers (hence why she had to take the Strait-Jacket gig). Crawford throws a vase at Mamacita, immediately apologizes, and then Mamacita calls her crazy and threatens to abandon her. I like Mamacita.

Jack Warner opines about the success of the “hagsploitation” genre (a term he claims to having coined), wherein once beautiful, famous actresses are forced to be humiliated in awful, cheap horror films. Audiences really like watching their idols stumble, Warner surmises. Hollywood is great. Hooray for Hollywood.

Aldrich’s wife gets on his case for moping about not having another hit since What Ever Happened to Baby Jane? Aldrich goes to Warner who, like Hedda, is contemplating the end of his life and his legacy. Everyone’s sad and thinking about death. Feud isn’t the most uplifting show, if you hadn’t noticed yet. Aldrich decides to pitch a film that’s literally titled What Ever Happened to Cousin Charlotte? which is basically the same movie, but without Joan Crawford. He doesn’t want to work with the both of them again. Warner insists on casting Crawford and Davis together again. Oh boy.

Aldrich pitches Crawford and Davis and starring in a movie together again, which neither of them wants to do, for whatever reason. People are strange and unpredictable, I guess. They finally come around on the idea, but not without outrageous demands.

Aldrich’s wife Harriet tells him she wants a divorce, and she’s pretty sure he does too. Which I think is probably right. But it’s still sad. Mamacita breaks the news to Crawford that her brother died in surgery. Lot going on in this episode! Crawford grieves by immediately calling the bank to cancel the check she had just given his brother.

Aldrich has cold feet about making “Charlotte” after all, given his impending divorce with Harriet. Davis, who slept with Aldrich a few episodes ago, talks him back into it though. Crawford decides she’s going to be excited about making “Charlotte” so she calls Aldrich’s suite to tell him how psyched she is and then she overhears Bette popping champagne in Aldrich’s suite and suddenly she isn’t so psyched anymore. The feud continues apace. 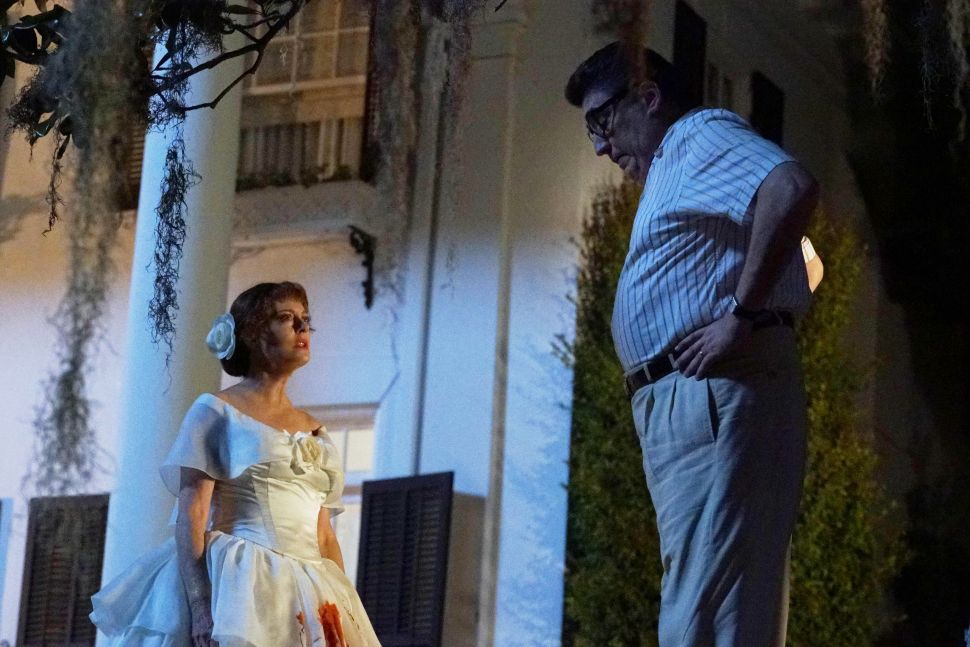