Ladies and gentlemen, we have arrived at the eighth and final episode of this season of Feud. We open with Pauline being interviewed in the ‘70s for this ongoing documentary that’s still never really been explained. Anyway, she’s recounting the last time she saw a badly broken Joan Crawford in an airport. WE CUT TO….

Joan Crawford in 1969. She’s alone in a gaudy high-rise apartment lined with furniture still covered in plastic, as it was in the very first episode. Mamacita returns and gives Joan a big hug! But something seems to be on Joan Crawford’s mind. My hunch is it’s her feud with Bette Davis, which is what this show Feud is about.

A dentist lectures Joan about a horrifying surgical procedure she got years ago to make her cheekbones appear narrower. Then Joan’s agent tries to dissuade her from starring in a horrible B-horror movie about a caveman brought back to life. Her agent instead wants her to write a book that could somehow spawn a career revival.

Joan meets with the director of that awful B-movie, which is now called TROG instead of THE MISSING LINK. Joan quickly realizes that doing this movie is going to be an all-around humiliating experience, but goes through with it anyway. She also ends up writing that book, called “My Way of Life,” and while touring for it starts to get the idea that people just want to mock her for being a has-been.

Meanwhile Bette Davis has been making a bunch of bad television pilots — none of which are being picked up by studios. Bette meets B.D. at the same restaurant and same table Joan Crawford met with her children at the beginning of the season. B.D. lets Bette know that she can no longer be around B.D.’s children on account of physically beating one of them. There’s a larger issue here which is Bette’s struggle with alcoholism. Bette goes on to get humiliated by a bunch of nobodies with cheap shots at the Dean Martin Roast. Susan Sarandon’s grimace during this is almost hard to watch.

Bette starts up a new Feud — with Faye Dunaway. After finding out her old feud companion Joan is bedridden with cancer, Bette decides to give her a call — but she chickens out. Also there’s a great scene where Joan calls the microwave the greatest invention of the 20th century (she’s not wrong!)

Joan, it seems, has stopped seeing a doctor opting instead to turn to Christian Science to treat her cancer. Joan reunites with Hedda and Jack in a strange fever dream sequence. Bette Davis of course crashes the party, prompting in Joan an existential crisis about her career and identity. Eventually Bette and Joan are all alone and begin playing a game, reflecting on their regrets and wishes — and their feud. Joan apologizes for not being more generous to Bette. Bette wishes she’d been a friend to Joan. They’re warm and kind to one another, finally. Then the spell is over. Mamacita finds Joan sitting alone in the dark, on a chair covered in plastic. “There’s no one else here. It’s just you and I.” It’s the saddest image Feud has managed to muster up. Mamacita informs the documentary film crew that Joan passed away a week later.

Bette gets the call that Joan has died. The AP wants a comment. Bette gives them an excessively harsh one. Later at the ‘78 Oscars, Davis, Victor Buono, Joan Blondell, and Olivia de Havilland all toast Joan, who’s included in the In Memoriam segment. Bette’s approached by the documentary filmmaker, Adam (this documentary has been filmed here the whole time, come to find out.) Bette breaks it to him that she doesn’t want anything to do with the documentary.

In the final scene, we flash back to the very first day of filming on What Ever Happened To Baby Jane? Joan and Bette are sitting together, sharing stories and laughing. Just before they part ways for their respective dressing rooms, Joan tells Bette that she hopes she’s making a new friend in Bette. Bette responds that she hopes for this as well. It’s a nice, though obviously bittersweet, moment.

And that’s Feud, folks. Here’s hoping Susan Sarandon and Jessica Lange are both nominated for an Emmy for their work in Feud, triggering a feud between them, and the whole universe is torn asunder. Until then… 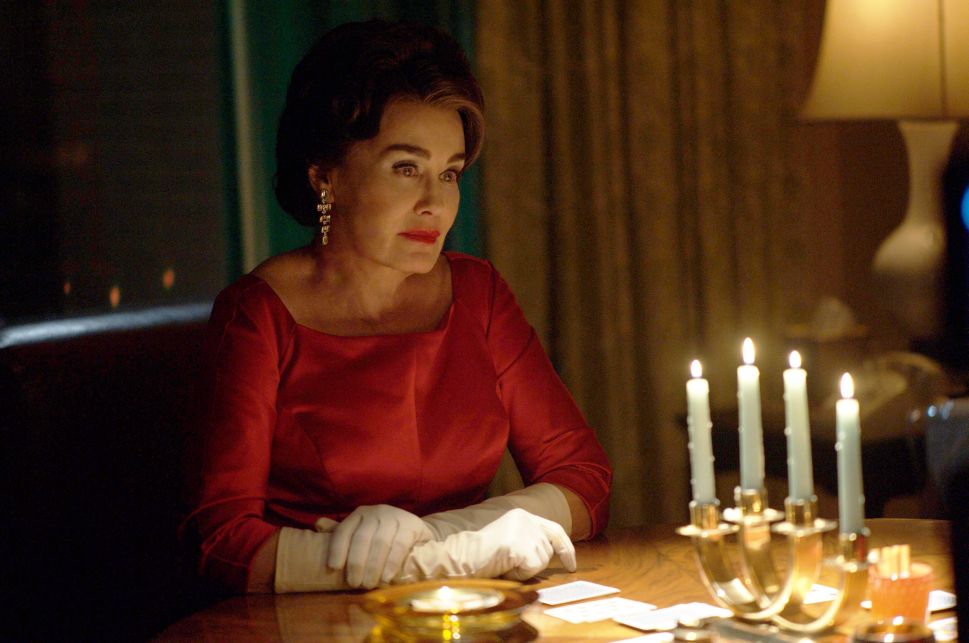