In late 2006, the much younger and more naïve 21-year-old version of me graduated from the University of Melbourne. I was full of optimism, elated by hope that the career I was about to embark upon would bring me a deep personal satisfaction in life. Between 24 and 29 years of age, I took home on average about $250,000 per year. In 2016, at 31, I took home exactly zero dollars.

For a lot of people, seeing an annual payment summary like this with their own name on it would probably trigger a rush of adrenaline equivalent to skydiving from ten thousand feet. They’d probably be thinking: “Hey, I’ve done well for myself!”

I remember seeing this and feeling nothing. Not because I thought it wasn’t enough, or because I felt like I didn’t deserve it. I worked tirelessly and endlessly over those years. Fifteen-hour days were the norm. Six days a week was usual. No, it wasn’t any of that. It was because I felt like I had sold out my own personal beliefs. To understand this more, I need to tell you a bit more about me, where I came from and what I believe in.

My family moved to Melbourne from Kerala, India in 1991 on the promise of a better life, a better education, well, a better everything. My parents are both electronics engineers by trade. We didn’t have much, but whatever we had, my parents willingly committed to bringing my sister and me to Australia. As with most Indian families, education was a huge part of our upbringing. We were taught to respect our education and be thankful for it. We were taught that there is no bigger pride than helping others to learn and grow. My mother became a teacher at Swinburne TAFE, teaching Electronics Engineering. When I was 10, I remember spending my school holidays in her classroom, making little electronic gadgets and toys and designing my own circuit boards and soldering it all together. What I remember the most was the look on her face — the happiness and satisfaction she got from seeing her students succeed. I would proudly tell her students, her co-workers, her teaching assistants and anyone else who would entertain me, “Hey — that’s MY mum.”

The lessons stayed with me. The sheer excitement and joy that it brought my mother to see her students succeed motivated me to my core. During my time at University, I ran the Information Systems Students’ Society (ISSS) and the Melbourne University Indian Club (MUIC). I got an inside view of the corporate world, negotiating sponsorship deals with anyone who would give us money — from global tech and accounting companies to small independently owned restaurants. I organized career days, mock competitions and helped students where I could. I helped to vet their CV’s, give interview training and help people learn about the real corporate world that’s waiting for them.

In 2006/07, I went on to graduate and started working as a tech consultant at Ernst & Young for something like $39,000 a year. The experience was second to none. I made a group of close friends in my graduate cohort that became like family. I became an advocate for EY’s Vacation and Graduate Programs, visiting universities and high schools and singing praises of my experience.

Something changed in me during these early years in the corporate world. I became money hungry. I’m not sure how, or why. Looking back on it now, I think it was witnessing the successes all around me. The stories of the junior partner making $1m a year, the Rolex watches, the Dolce and Gabbana suits. It all felt within my reach.

Winning at any cost

Let’s skip a few years. I moved to Sydney, Australia’s financial capital. I had completed my CFA Charter, one of the most recognized certifications globally for any investment and finance professional. I had completed a stint at Bank of America-Merrill Lynch in their Global Equities team covering the resources sector. I was now at UBS, arguably Australia’s number one investment bank where I covered small cap technology stocks, and later the transport and infrastructure sector as an Equities Research Analyst. I had met a wonderful girl from England, I had a great apartment with views of Sydney Harbour, and I was living with my best friend. On the surface, life was good.

Beneath the covers, I was ashamed. I had almost expunged my past, my upbringing, my values. I had lost touch with that 10-year-old boy. I was trying to win in life, at any cost. I had forgotten the joys I had in seeing people succeed, and the pride it brought me to see my mother selflessly educate people every day.

What I learned in my banking days

One thing became very clear to me over and over again. It was so easy for people who didn’t have a handle on their personal finances, their investments, their mortgages, to be easily taken advantage of. And most of the time, you have no idea it’s happening to you. The industry likely knows this. They know you probably don’t understand the rates and fees associated with your financial products or how they’re calculated and passed onto you, but you’re forced to have a superannuation (similar to a 401(k) or IRA) account anyway. The Product Disclosure Statements (PDS) read like a 1940’s court filing written over some 60 pages in complicated and convoluted language. It’s really a brilliant system.

Don’t get me wrong, I think banks and financial institutions serve an important function in society. It’s a heavily regulated industry in almost every jurisdiction in the world. Without the banking world, the educational, medical and infrastructure systems we take for granted in our everyday lives would not exist. They aren’t out to get you. In fact, they employ hundreds of thousands of people around the world. It’s all just intertwined in a complex web that intricately ties together your wages, the cost of your groceries, the interest you pay on your home loan, and so on. What helps the industry is that they rely heavily on the old “buyer beware” adage, and to be fair, it’s probably all in that 60-page PDS you never read. It’s on you to make sense of it all. And this is why financial education is so damn important.

It took eight years and my sister’s very messy divorce to put it all into perspective for me. My sister, to me, is an incredibly successful and intelligent woman — she’s a well educated Urological surgeon. I take a lot of motivation from simply witnessing the passion with which she executes her everyday life — not worried about money, but passionate about her duty as a doctor.

During the divorce, however, it became apparent that she was incredibly weak with her own personal finances. It was no fault of her own — it’s just that she wasn’t exposed to it growing up. And, it hurt her remarkably — she was taken advantage of. She was unaware of a lot of basic personal finance concepts that I assumed everyone knew because I worked in the industry. I remember thinking to myself — how the heck did this happen in my own family? There must be so many people out there in a similar situation to her — life-savvy — but with little understanding of their own personal finances. I decided there and then that something needed to be done. I certainly didn’t want my son or daughter to grow up with a poor understanding of money in the real world.

Recently, I read this post on Facebook that struck a chord with my own experience and my sister’s. It talked about a woman whose father had died when she was young, and after being married for some time with two kids, her husband had also died. She closed her story with this…“through everything, financial independence is what gave me the courage to keep going and that’s why I’m here today.” Sure, it was an isolated anecdote, but I was even more resolved in my mission.

Financial education and independence is not something that we traditionally learn in the classroom. It’s been tried and tested, and it’s failed. I think the reason for this is actually quite simple. Money is something that’s very practical. It’s something you deal with every day, but not so much in the classroom. You learn by doing it with your own money, by earning, by spending, by investing and by making mistakes — that’s critical.

I met Adam Naor, my co-founder at Pennybox and now one of my closest friends, in 2014. He was working for Google’s Education arm, helping bring technology into the classroom. Naturally, we bonded over our shared passion for education, technology and finance. Pennybox was born with one clear mission — give as many kids around the world access to basic money education — for free. In our eyes, the socio-economic benefits of this is tremendous. Imagine a world where everyone understood their basic banking products, and what they actually meant. Imagine a world where everyone understood that debt and credit cards when used correctly, can actually be used to your benefit.

We put it all together and built a platform that kids and parents can use at home together as a mobile app. Money, generally, is something that kids are exposed to from a very early age. We leverage pocket money as the tool to empower kids to learn financial concepts, but most importantly, to learn by doing. Our reach is global — money and financial concepts such as debits, credits, interest and investment are universal.

I quit my job at UBS in 2014 and exited the banking world. I had rebooted my value system. My friends, my family, my colleagues were quick to point out that I was out of my mind. I went from a significant salary, to absolutely nothing. I have been living off my savings, and any extra money I had, I ploughed into the Pennybox mission. Really, I’m investing in myself because the Pennybox values are inextricably linked to my own personal values. I was motivated to make a personal change, to come back to my educational roots, to help create a generation of millennials that cannot and will not, be taken advantage of financially.

“An investment in knowledge pays the best interest” — Benjamin Franklin

Adam and I sit side-by-side every day working on our goal to educate kids about money, banking and personal finance — at scale.

We’re building technology that serves a purpose. We’re excited. So far, I have no regrets.

Reji Eapen is the co-founder of Pennybox, a start-up which helps kids learn about financial education through app based technology. 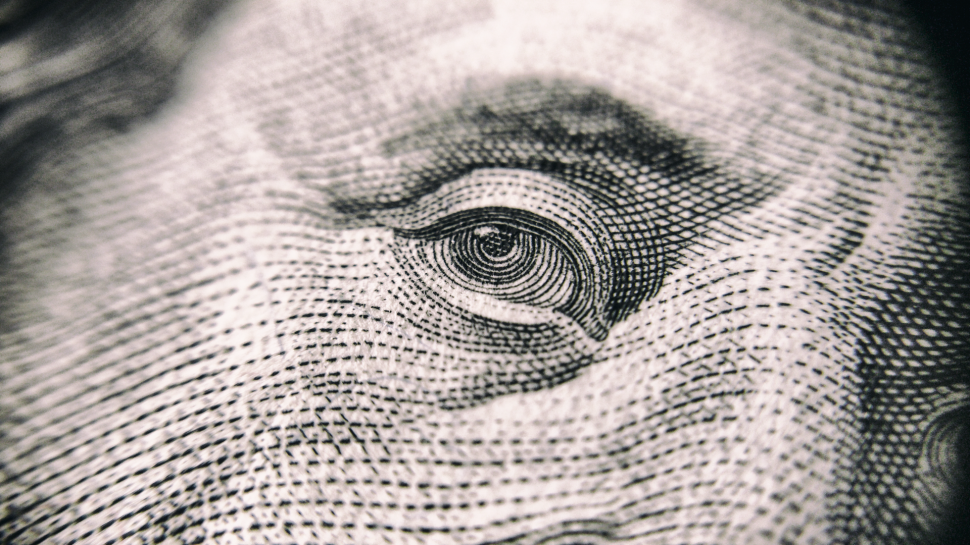