Chris Evans is the buff, beefed-up actor whose career has been derailed in tights as Captain America. Marc Webb is the director of the dopey Spider-Man movies. Both of them obviously long to be taken seriously as something besides rich. Hence their collaboration on a movie about a custody battle over a child prodigy called Gifted. Their goals are admirable. One only wishes they would put their talent and intelligence to better use than a formulaic and manipulative tearjerker that is really nothing more than a woman’s picture from a man’s point of view.

Evans plays Frank, a grease monkey eking out a modest living repairing boats on the Florida coast while raising his precocious 7-year-old niece Mary (played by a startlingly grown-up child named McKenna Grace). Mary is not only gifted, she’s something of a mathematical genius, years ahead of the other children in her class in the first grade. While they learn that two plus two is four, Mary is solving complex calculus equations that baffle the instructors at M. I. T. She inherits her I.Q. from her mother Diane, who committed suicide when her daughter was 6 months old, leaving Mary in the custody of her brother Frank. Her teacher Bonnie (Jenny Slate) and the school principal offer Mary a scholarship to a special private school for child prodigies, tuition-free. Determined to save his niece from following in his sister Diane’s tragic footsteps, Frank refuses to accept the offer so she can live a normal childhood. The dilemma doubles with the sudden arrival of Frank’s crusty, erudite mother Evelyn (the great Lindsay Duncan), British-born but living in Boston. Surveying their cluttered living conditions as sub-standard, the affluent grandmother not only interferes but sues for custody of the granddaughter she has never bothered to contact for the past seven years. The ensuing courtroom battle rehashes elements of every soap opera ever made, especially Robert Benton’s far superior Kramer vs. Kramer, and throws in a contrived impediment to Frank’s caregiver skills (no health insurance) that is never fully convincing. In court, logic dissipates faster than Jell-O at room temperature.

The actors are all fine, and if nothing else, the movie proves Evans is a hunk who can act. But Tom Flynn’s superficial screenplay settles for Hollywood sentimentality, including a shameless subplot about the destiny of Mary’s one-eyed cat. Several tertiary characters are introduced for no other purpose than padding the film’s running time—a foster couple that wants to adopt Mary, the child’s birth father she has never met before, and a wasted Octavia Spencer as the next-door neighbor who acts as Mary’s babysitter, best pal, and surrogate mom. The child’s emotional hysterics are wrenching and Evans is sincere and believable, but why did the script land him in bed in a one-night stand with Mary’s favorite teacher? The narrative fails to make him much more than one female character’s description of Frank as “the local damaged hot guy.” Good intentions often make competent movies, but it takes more nuance, focus and character exploration to achieve memorable poignancy than anything in Gifted. 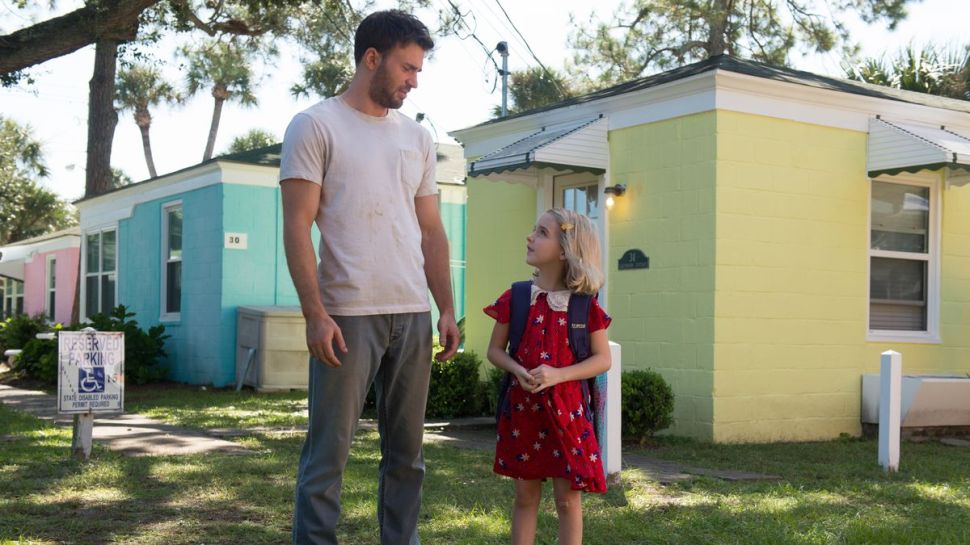