“Too soon!” came a cry from the audience as comedian Gilbert Gottfried cracked wise about being late to Hugh Hefner’s roast because his plane had to make a stop at the Empire State Building first. That infamous moment in the shadow of 9/11—and Gilbert’s instinct to launch into a joke that spawned The Aristocrats movie—seemed to define his persona. This wouldn’t be Gilbert’s last brush with joking about something too soon. In fact, when director Neil Berkeley set out to produce his latest effort about the legendary comedian, he had considered Too Soon as the title. But after assembling an intimate portrait of the comedian’s career, history and family life, he decided that this was such an unexpected departure from the larger-than-life personality we all know that he chose to call it simply Gilbert.

Full disclosure: In addition to having recorded Gilbert for numerous projects over the years, I currently help produce his very popular podcast Gilbert Gottfried’s Amazing Colossal Podcast, where he and his co-host Frank Santopadre astound guests and fans alike with their encyclopedic knowledge of old Hollywood movies and television stars. Guests range from contemporary personalities like Ira Glass and Matthew Broderick to classics like Chevy Chase and outright legends like Dick Van Dyke and Carl Reiner. One guest last year, singer Tony Orlando, joked about telling GIlbert how excited he was to be on the show. Gilbert simply asked “Why?”

That was my first question for writer and director Neil Berkeley.

“Gilbert is my third in a series of movies about eccentric, quirky artists. He has been a part of pop culture since my childhood. I got very curious about what it’s like living inside a character professionally and wondered what the guy is really like! I knew Howard Stern used to grill him about it, and I knew he was intensely private, but I admire him as a performer and wanted to tell his story. Where did he start? How did he get where he is?” Neil explained.

He began workshopping the idea in public around 2012, just by honing in on the concept through conversation and seeing what people knew. It was a slow process met with a lot of shoulder shrugs. In fact, over the two years this took, Neil created another movie. He never contacted Gilbert’s agent or manager but stayed focused on making a movie about him.

That’s when fate intervened. While walking down 6th Avenue in New York City discussing a different project with his colleague Astra Dorf, she asked “So what’s your next movie going to be about?” He replied, “I want to make a movie about Gilbert Gottfried.” She stopped in her tracks and said “That’s really weird.” Neil asked, “Why?” He thought perhaps she was offended by or even hated Gilbert. “It’s weird because his wife is my best friend- and they live a couple of blocks from here!” she exclaimed.

Gilbert sat down to lunch with Neil the next day. They talked about it, but Gilbert was reluctant to do the project. In fact, it would be a full year later before Gilbert’s wife Dara reached out to Neil to deliver the good news that they were on board. They just didn’t want it to be some sort of reality TV situation. They wanted something new. They had become familiar with Neil’s work and agreed to have him come to New York City to start filming. Neil would be a low key fly on the wall for six months.

Despite Gilbert’s loud onstage personality, those that know him well know that he’s actually shy and quiet. Neil learned that he needed to warm Gilbert up with pop culture, gossip and even a lurid tale from yesteryear. One funny story that didn’t make the movie happened backstage at a comedy club in Minneapolis. Neil asked Gilbert if he knew about a photograph that is allegedly of an iconic male actor giving oral gratification to another well known male actor from the old days. He eventually asked Gilbert if he wanted to see it. The response was, “YES! OF COURSE I WANT TO SEE IT! What the fuck is WRONG with you?” Neil had found the way to Gilbert’s heart. “He eventually opened up and talked about his mom, his dad, his sister, his fears and his anxiety,” said Berkely.

Neil didn’t start this process with a story line in mind. “Ninety-three percent of the movie was just me with my camera,” he said. It was through the nine month editing process that a story filled with heart emerged. “I went into it wanting to tell his story that was going to lean on the jokes… but then you meet his family, and Gilbert opens up about his father and mother. It was hard to strike a balance. I have anxiety about the people that don’t like him. My hope is that they’ll see enough to find some empathy and respect for Gilbert. And I also have a lot of anxiety about whether the Howard Stern fans are going to like it because it has all this family and heartfelt stuff. If you go into it with an open mind, you’ll get something that satisfies you—plus a little more!”

The movie follows the highs and lows of Gilbert Gottfried’s career from his controversial roast moment through his tweets backfiring on his commercial career. It’s the portrait of a man who has been part of the fabric of pop culture for more years than he might care to admit. Whether you’ve seen him in movies, TV shows or heard his voice in countless animated projects (particularly Disney’s Aladdin, in which his voicing of Iago made him a household name to a whole generation), you know who he is. The movie will show you a side of him that only a lucky few get to see. Having had the pleasure of seeing a near complete version of the film a few weeks ago, I can tell you that “too soon” is not soon enough!

Frank Verderosa is an award winning audio mixer in New York City whose work you’ve heard on your TV, radio and movie screens. He is also a passionate gadget freak on a never ending quest to use technology to make life easier—or at least get it to work properly. 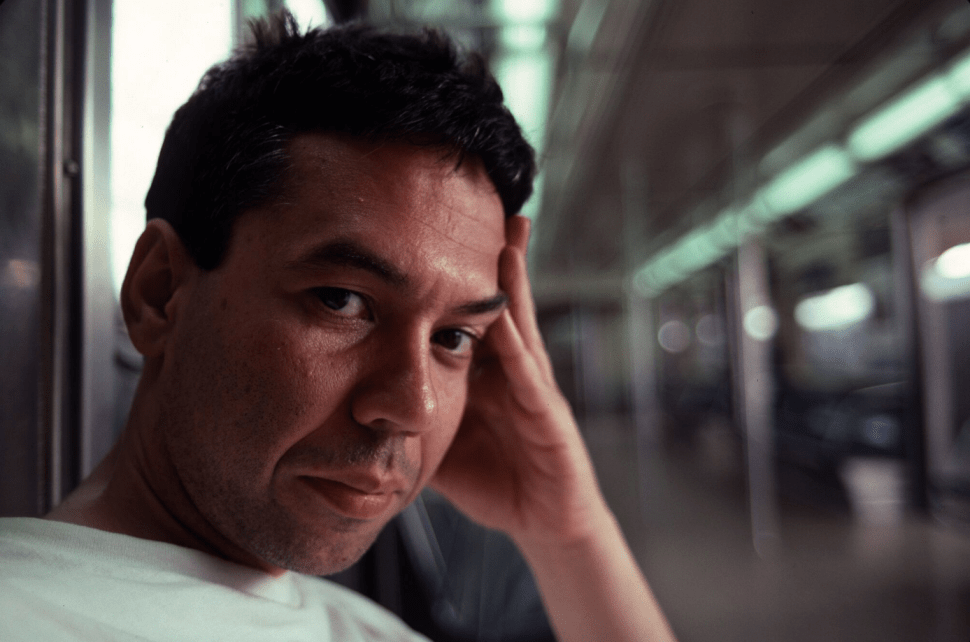