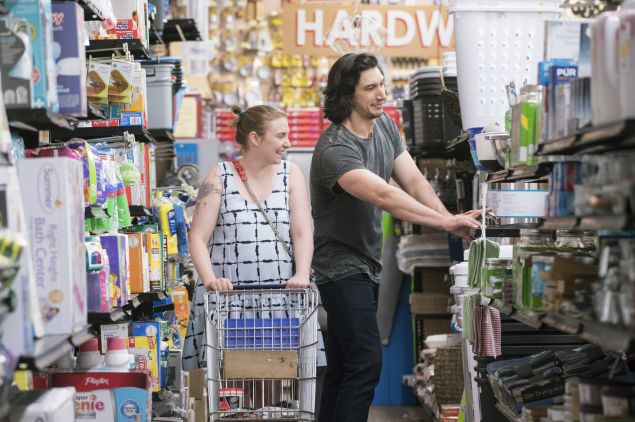 The episode I’ve been waiting two seasons for finally arrived. Adam reveals to Jessa that he still loves Hannah, and as I predicted a few weeks back, wants to offer to raise her baby with her: “I don’t want to be saying this Jessa, but fuck, I have to explore it.” This is exactly what we would expect from Adam, who has always loved Hannah – maybe more than she ever loved him.

Jessa takes the news in a surprisingly mature way, considering how volatile she was toward him in last season’s finale when they were fighting about Hannah. We, and Adam, expect her to call him an asshole and throw a fit – but her calm, if annoyed, demeanor suggest she’s always known where Adam’s heart lies.

At Hannah’s, she is pregnant enough to be showing as she lies on the couch in her underwear while Elijah complains about the boiling heat: “Of course you don’t feel good, it’s 127 degrees in here and we are poor. You’ve got a parasite growing inside you. We’re probably both gonna die of heat stroke any minute.” But she is upset about how the conversation with Paul-Louis went, and in true Elijah form he thinks this means she is considering having an abortion: “Hannah this is gonna be a real mindfuck for me if you wanna get an abortion right now.”

Hannah runs into Adam at the corner store and forces him to say what he planned to say right there in a monologue that reminds us how absolutely rare and incredible Adam is: “I wanna raise your child with you. I miss you, and I miss being with you, and I thought I could move on but hearing about the baby made me realize we don’t have any more time to waste. Let me show you who I’ve become. I want to be there for you as you become a mother. I don’t want to be away from you any longer.”

Finally, we get some Ray and Shosh time. She is trying to help him with his project honoring Hermie, but in another left turn, Shosh’s old boss Abigail (played by the hilarious Aidy Bryant) shows up and they have lunch with her.

Jessa shows up at Laird’s house and tells him what’s happening with Adam and Hannah, which seems like a set up just to bring about the return of Laird’s clueless crush.

Back at Hannah’s, Adam is talking to the baby in another absolutely heartwarming scene, only to be interrupted by Laird showing up at the door to tell Hannah that he is also willing to raise her baby with her. As funny as the Laird running joke is, it feels unnecessary here.

At lunch, Shosh notices Ray is acting a little odd, flirting with Abigail. A philosophical question about ugly buildings and beautiful views is raised, and Shosh gives the wrong answer as far as they’re both concerned.

As Hannah and Adam continue their day date, she asks him how he came to this seemingly random decision: “There’s too much history here, there’s too much good stuff for us not to try.” Then Hannah asks about him and Jessa, “Oh you know, she would have left me in four months, I did us both a favor.” She talks about her fears about having a baby, and he reassures her that he will be there to ensure she doesn’t let the baby choke and die on a piece of food that’s too big. He asks her why she wants to have a baby, and she compares the feeling she has to the feeling you have as a child when you go to your first sleepover. At first, you’re nervous, but when you’re finally ready, you just know. He tells her a sweet story about his first sleepover and tells her not to be scared.

We return to Jessa, where she seems to be spiraling in her own heartbreak. Returning to her default mode, reminiscent of season one, when she was late to her own abortion only to get her period in the middle of hooking up with a random guy in a bar. Only this time, she stops before anything really happens, showing her character has matured. She no longer wants to deal with her problems the way she used to, with sex and substances.

As Hannah and Adam shop for baby supplies, he talks about building the baby a crib, and in an ominous moment, she gets lost in the image of a baby in a bathtub. It’s at this point that it becomes clear that Lena Dunham wasn’t lying when she said she wasn’t going to give these characters a happy ending.

Ray and Abigail continue Hermie’s project, documenting the history of Brooklyn. It turns out she is the perfect extrovert to help him talk to the community in a friendly, less Ray-like way.

At dinner, Adam discusses giving his apartment up, and Hannah says she should too because she can’t kick Elijah out. Adam brings up being on a list for artist housing, and how they favor married people, asking how she feels about that. This almost instantly brings tears to her eyes, in another fabulously heartbreaking scene. It’s easy to understand her hesitation to marry him considering Adam woke up next to Jessa that morning, but it’s also frustrating to see Hannah continually sabotage a great love. Looking back through the seasons, it’s easy to see that it was always Hannah who messed things up with Adam. It’s an interesting role reversal that television needs, as much as I hate to see the series end this way.

Adam returns to his apartment, realizes he doesn’t have his keys, calls Jessa, and asks if she will let him in. In a scene that is even sadder than Hannah rejecting Adam, Jessa smiles to herself, happy that Hannah rejected him. Her loneliness is so deep, she is willing to take back someone who is entirely in love with someone else.

The episode ends with Ray and Abigail on a carousel after a wonderful date, and they share one of the cutest first kiss scenes in the history of television. Not only are the writers dashing our hopes for Hannah and Adam, but also Ray and Shosh. I am holding out hope that there will be a time lapse jump in the finale episode where we see at least one of these original greats back together, but I won’t be shocked if it doesn’t happen. 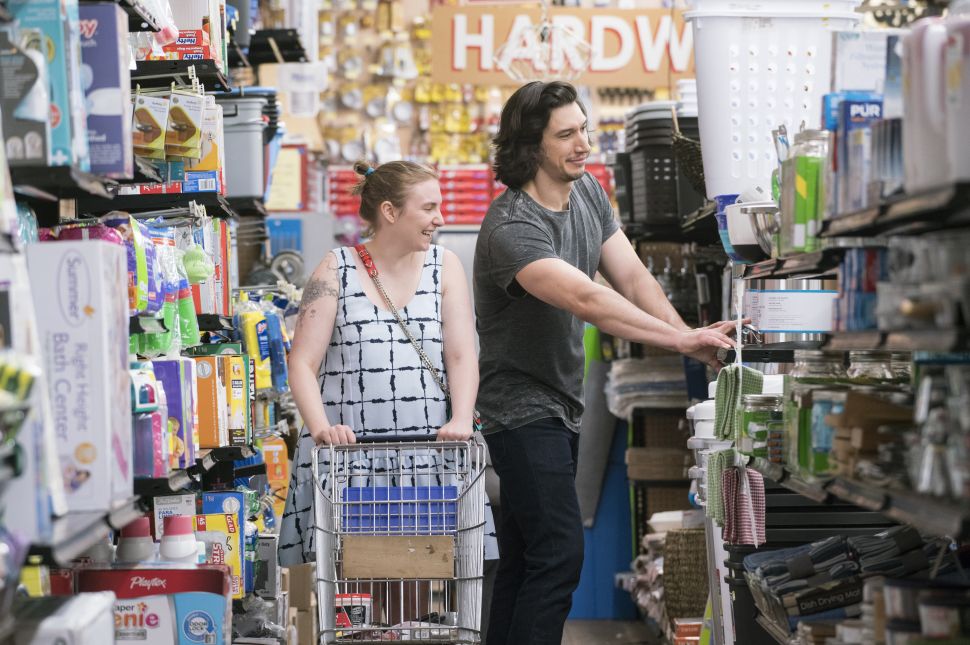