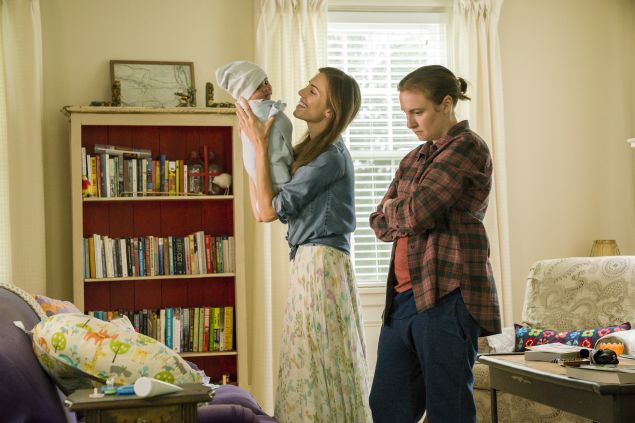 In the final episode of GIRLS ever, the show gives us what comes off as more of a spin-off opportunity for a show potentially called Two Girls and a Baby than a finale episode of this show. That is fair, considering they had the traditional finale feel in last week’s episode – but it’s also fair to say this is a spinoff I would never watch.

We find Hannah very pregnant in her new home in upstate New York, waking up to find Marnie spooning her. Marnie goes on about her being Hannah’s best friend – that she “wins” because she is the only one who is there, and like Adam, offers to raise the baby with her. Hannah points out how that didn’t go very well, but Marnie pushes until Hannah relents.

After the opening credits (which brilliantly show every opening credit of every episode of GIRLS), we have flashed forward by five months, with Hannah at the doctor where we find out she did indeed name her child Grover, after Paul-Louis’ hilarious suggestion. Grover hasn’t been latching, and she feels like a failure for not being able to breastfeed and properly bond with him. Marnie drives her home from the appointment, convincing her not to give up.

She tries, again and again, he won’t take to it, so she resumes using the bottle. She tries swaddling him in a blanket and it falls off him, then Marnie tries and does it perfectly. Marnie reads books to try to help Hannah get him to latch again, and she is upset that Marnie is so overinvolved.

Over dinner, they watch a rerun of Full House, and Marnie tells Hannah she wants to go out Friday night and see a live jazz trio. Hannah is upset at the thought of being on her own with Grover, and Marnie agrees not to go. Hannah tries to breastfeed again and when it doesn’t work out, she decides that Grover hates her and gives him to Marnie.

The next morning, Hannah wakes up to her mom Loreen in the house. She freaks out at Marnie for calling her. “I didn’t call her here for you, I called her here for me. I wanted some help. This is above my paygrade. I’m doing my best, I’m reading all the books, but honestly, it’s too much – and you’re not even acting that mature.” Hannah tells Marnie she sucks at being helpful because she is the immature one.

As she has a bath her mother talks to her about how it doesn’t really matter if she breastfeeds or uses formula – that she had formula as a baby, and she gave Hannah formula as well. In a moment of clarity about who she is, Hannah reveals why she is so determined to breastfeed: “Don’t you get it? I’m mentally ill. I’m overweight. I isolate people. I’m a quitter. So what if that’s the kind of man that I raise? What if that’s the only kind of man I can raise?”

She thinks no one understands her, which her mother finds laughable and proceeds to give a monologue that sums up Hannah and the show perfectly: “Well maybe she thought you’d act like a fucking grown up. You want to act like this whole thing was an accident? Like it happened to you? That’s fine Hannah, but that’s not honest. You made a choice to have this child and guess what – it’s the first one you can’t take back. You can’t get your tuition refunded, you can’t break the lease, you can’t delete his phone number – your son is not a temp job, he’s not Adam – this is it, honey, and this is forever.”

In a moment of pure Hannah cruelty, she blames her mother for not telling her how hard motherhood would be and then says maybe she would have been more prepared for this if her mother had married a straight man who actually loved her.

Marnie is having phone sex with someone while putting on an English accent, and Loreen walks in on her. Loreen apologizes, and Marnie tells her about Delvin, the personal trainer she was on the phone with. Loreen asks her if she is happy here, and she tells her she doesn’t need to be happy – that helping Hannah and the baby is more important right now. Loreen notes that she now hates her best friend (Tad) because she didn’t know how to let him go.

Hannah storms off after the fight with her mother and runs into a teenage girl in her underwear screaming and crying, and, worried that she has been victimized, gives the girl her pants and shoes and offers to let her use her phone. The girl tells Hannah how she ran away because her mother was trying to make her finish her homework, and Hannah is infuriated by this, asking for her pants back and explaining that her mother doesn’t want to tell her to do her homework, there are a million other things she would rather be doing – but that is her job.

Marnie discusses what she wants to do next with Loreen, saying she’s thought about being a lawyer because she loves rules so much. Hannah returns home followed by a police officer who made sure she got home safe. They hear Grover crying and everyone gets up to help, but Hannah says she’s got this.

In the final scene of the entire series, she takes the baby and he finally latches. The look on her face is a look we’ve been waiting to see from Hannah for six seasons. She knows now that she can do this. She can handle this new chapter of her life. As the credits role, we hear her singing Tracy Chapman’s “Fast Car” – the song that Marnie was singing earlier in the car – to the baby.

I have a lot of feelings about this show being over, and I have to admit I’m on the side that thinks it would have been better off ending last week while she was still in the city that was another character of the show. This felt more like a special ‘away’ episode of the series, like Iowa or the trip to Poughkeepsie – not a series finale. Ending the show with only Hannah and Marnie, the only real friends throughout all six seasons, is an alright choice, but leaving out any sort of ending for more interesting characters, especially Adam, was disappointing. Of course, if you’re familiar with Konner and Dunham’s opinions on their show, messy and realistic was always the point. There would be no happy endings, no tidy wrap up; they wanted to show real life as it can sometimes be – disappointing. 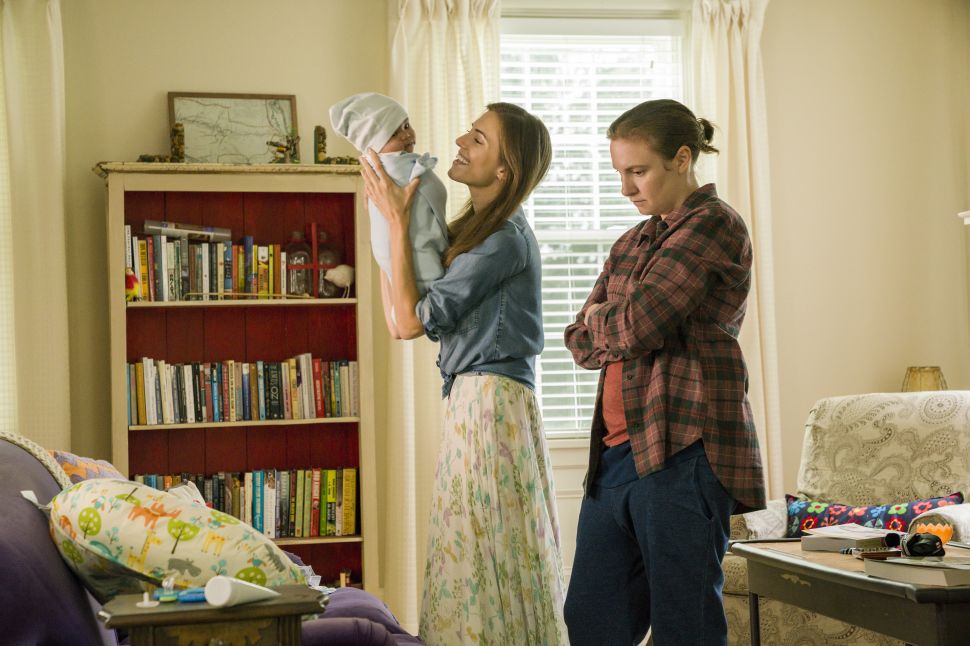