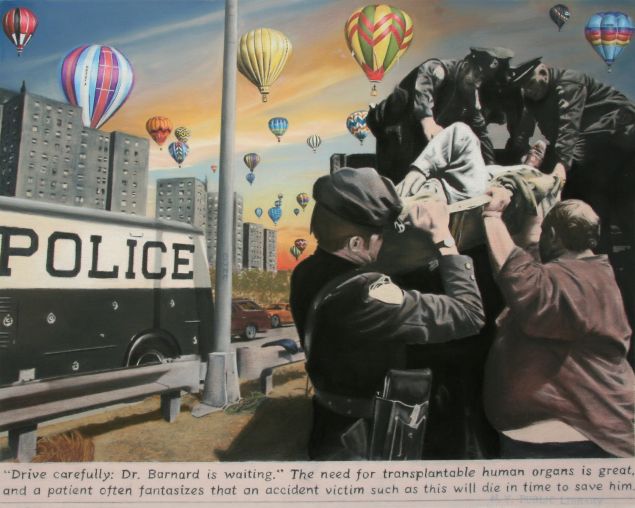 I am quite sure that New York based artist Michael Dayton Hermann is a good Catholic.

Though I’ve known him for years as the Director of Licensing at the Andy Warhol Foundation for which he has developed style and fashion collaborations with Dior and Commes des Garçons, and as as prolific painter with a guerrilla exhibition program, I didn’t realize that he was a parishioner at Saint Francis Xavier in Chelsea where I attend Sunday Mass until I saw him and his wife Carla Camacho present their twin boys for baptism there. Not too surprised though. A Jesuit parish, Xavier is well known as a haven for creatively inclined Catholics who don’t blush easily looking at pictures that straddle the line between the sacred, the profane, or pictorially improbable.

His paintings are troves of signs and signals from popular culture, media, art, celebrity, and personal memories and refashions, and rebrands them into cautionary tales about one’s relationship to art, life, and mortality. In his latest exhibition Stations, currently on view at Envoy Enterprises gallery through April 30, Hermann tackles the story of the Passion of Christ in fourteen digitally collaged photographs printed on canvas then meticulously hand-drawn in pastel pencils.

Hermann retains the catechetical, narrative order of the fourteen scenes of Christ on his way to the cross that one often finds in church naves, but he radically and playfully reimagines the participants, scenes for contemporary contemplation.

Station #8 (meets women of Jerusalem) shows five nun-like figures, resplendent in white (all portrayed by Carla, a partner at Lehmann Maupin Gallery) under the glorious serifed sign of Hermès. The central figure gleefully brandishes and offers for delectation a white bag with gold chain. Like richly symbolic religious imagery that causes the viewer to reflect and ponder, Hermann’s work can be highly enigmatic and open to interpretation, and humor. I can’t tell whether the bag is by Hermès or Dior.

Other paintings in the series such as Station #12 (dies) which shows a lamb strung up on the backboard of basketball court during the cool gray blue of summer tropical afternoon is coded in a hyperreal, lush style that serves a secular message, that suffering, hopelessness, and redemption are not uniquely Christian ideas.

“As someone who was introduced to Catholic traditions later in life I was puzzled by the emphasis on Stations and wondered what, if any, message they offered beyond the historical narrative. I was inspired to find a way of relating to and talking about each Station that was engaging to a secular viewer,” Hermann reflects.

As a good Catholic, I could binge watch Bible stories on PBS or the History Channel as I often do. Hermann’s Stations series, which offers a view of the travails of contemporary life, is also food for the soul and worth a pilgrimage to the Lower East Side. 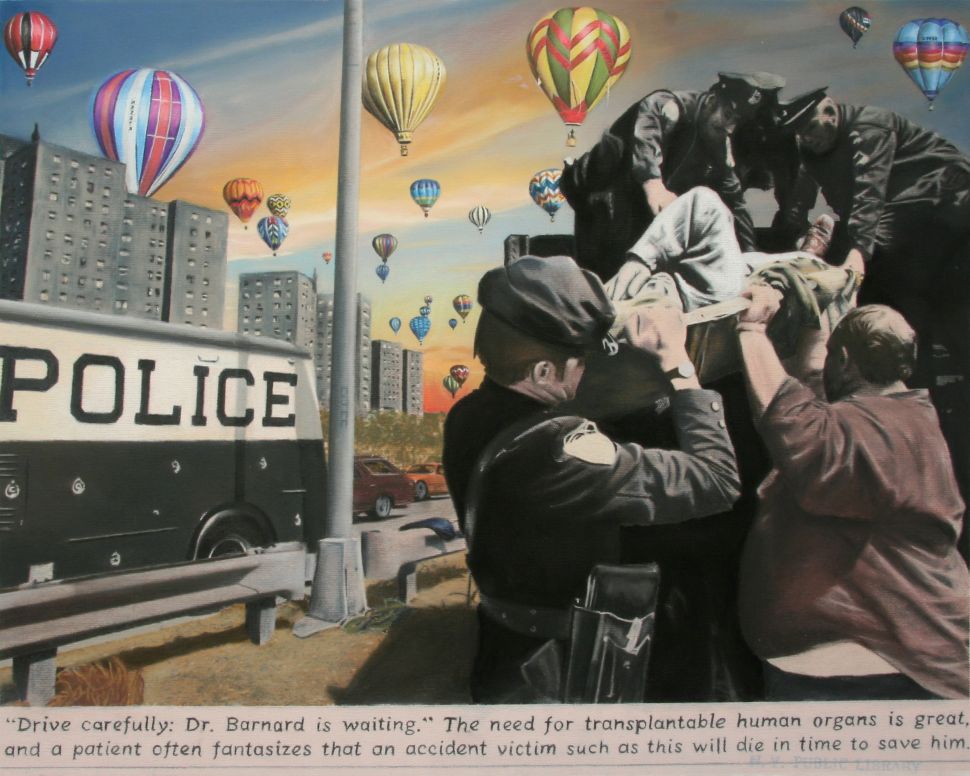