A political newcomer competing in the Republican primary for governor is suing New Jersey election regulators as a last-ditch attempt to get a place onstage for the first debate on May 9.

Hirsh Singh, an engineer, is asking Superior Court Judge Mary Jacobson in Mercer County to let him join the debate after the state Election Law Enforcement Commission denied his request.

Singh faces an uphill battle in a GOP primary race, scheduled for June 6, that so far has been dominated by Lt. Gov. Kim Guadagno and Assemblyman Jack Ciattarelli.

In his legal filings, Singh conceded that he failed to file his application with ELEC by the April 3 deadline.

“It is clear, however, that this was the innocent mistake of a first-time candidate and well-established that New Jersey’s election laws are to be construed liberally,” his attorney wrote, adding that the state Supreme Court in a 1952 case once relaxed an electoral filing deadline when a candidate died.

Singh said that he has otherwise met the requirements to get on the debate stage and that he has raised more than $900,000 for his bid. ELEC has no records available online showing that Singh has raised funds. 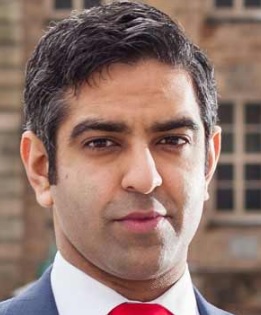