Celebrity chef/sentient pork sausage Guy Fieri made his name in the culinary entertainment world by driving around the United States in his convertible, stopping only to devour whatever dish the local delicatessen can offer up as tribute. And honestly, he’s the best at it. I’ve seen every episode of Diners, Drive-Ins, & Dives at least twice, aware every single time I’m just watching a man in his late-40s with bleached blonde hair take a couple bites of a Po-boy in downtown Louisiana before describing how much the sprinkle of Old Bay adds to the experience as shrimp grease hangs from his goatee. It’s mesmerizing. What I’m getting at here is that Guy Fieri is a modern genius and knows a thing or two about an entertaining food show.

And now you—yes, you specifically—can be his successor, providing you have eaten and/or would like to eat food at some point in your life.

“Guy Fieri is looking to launch the next big Food Road Show,” reads the open submissions page posted by the TV host himself. And when I mean open, I mean straight up OPEN to anyone and everyone, including “home cooks, food bloggers, professional chefs, restaurant owners, Food Network fanatics, people who love food, eating and traveling.”

Submitting a pitch does include an approximately three-minute-long video describing yourself and your idea, and then an unnervingly long questionnaire (“Do you have kids?” asks a survey from a man I am 95 percent certain has eaten a child). But as far as actual rules go? “Get creative and have fun with it!” writes Guy. “No idea is too big.”

The deadline to submit a pitch is April 14, 12 PM PST, at which the breaded and twice-fried gates to Flavortown will close to the undeserving public once more. 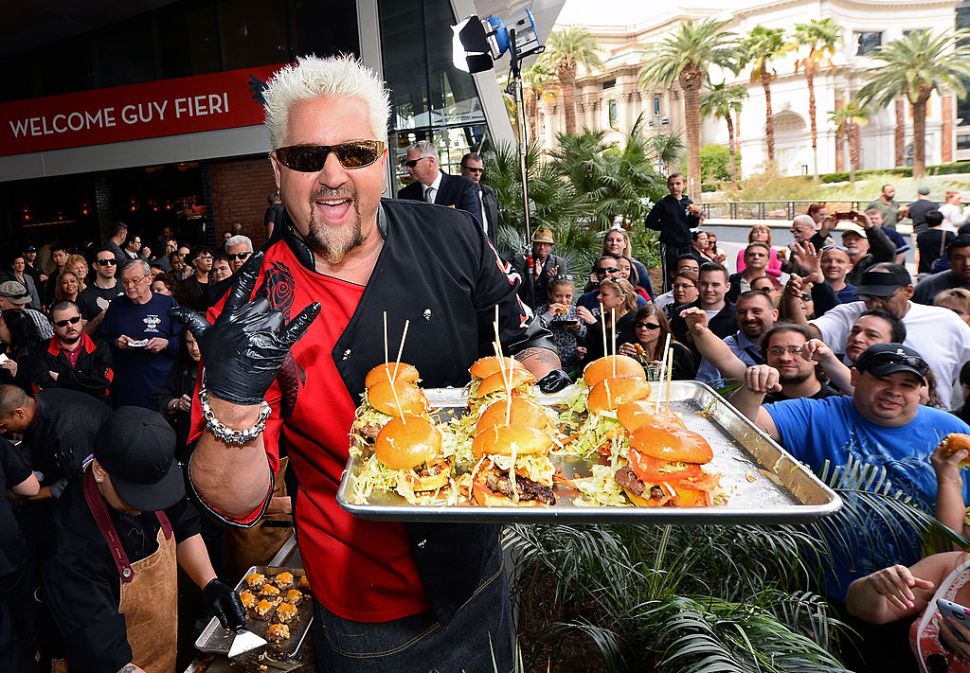