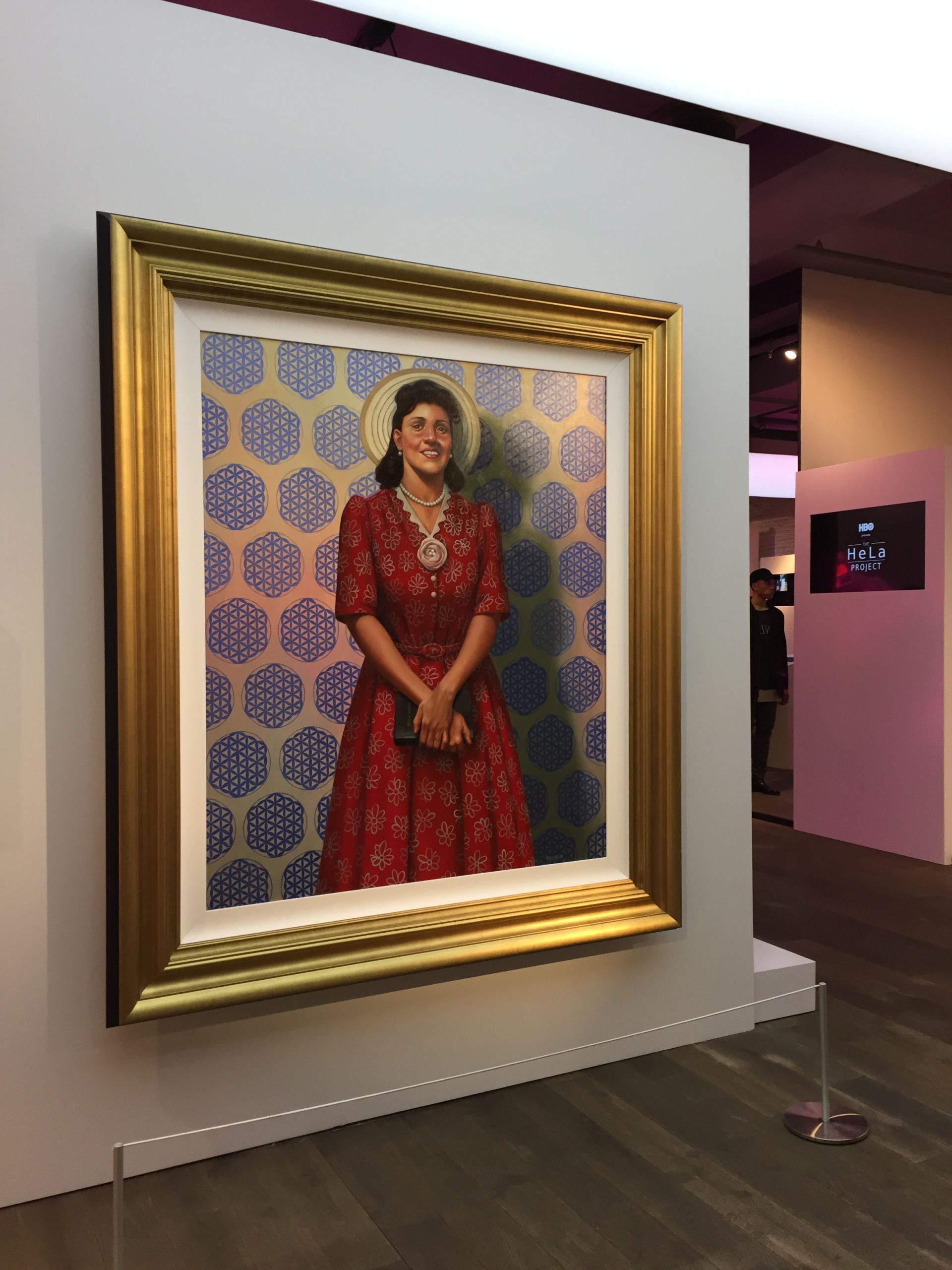 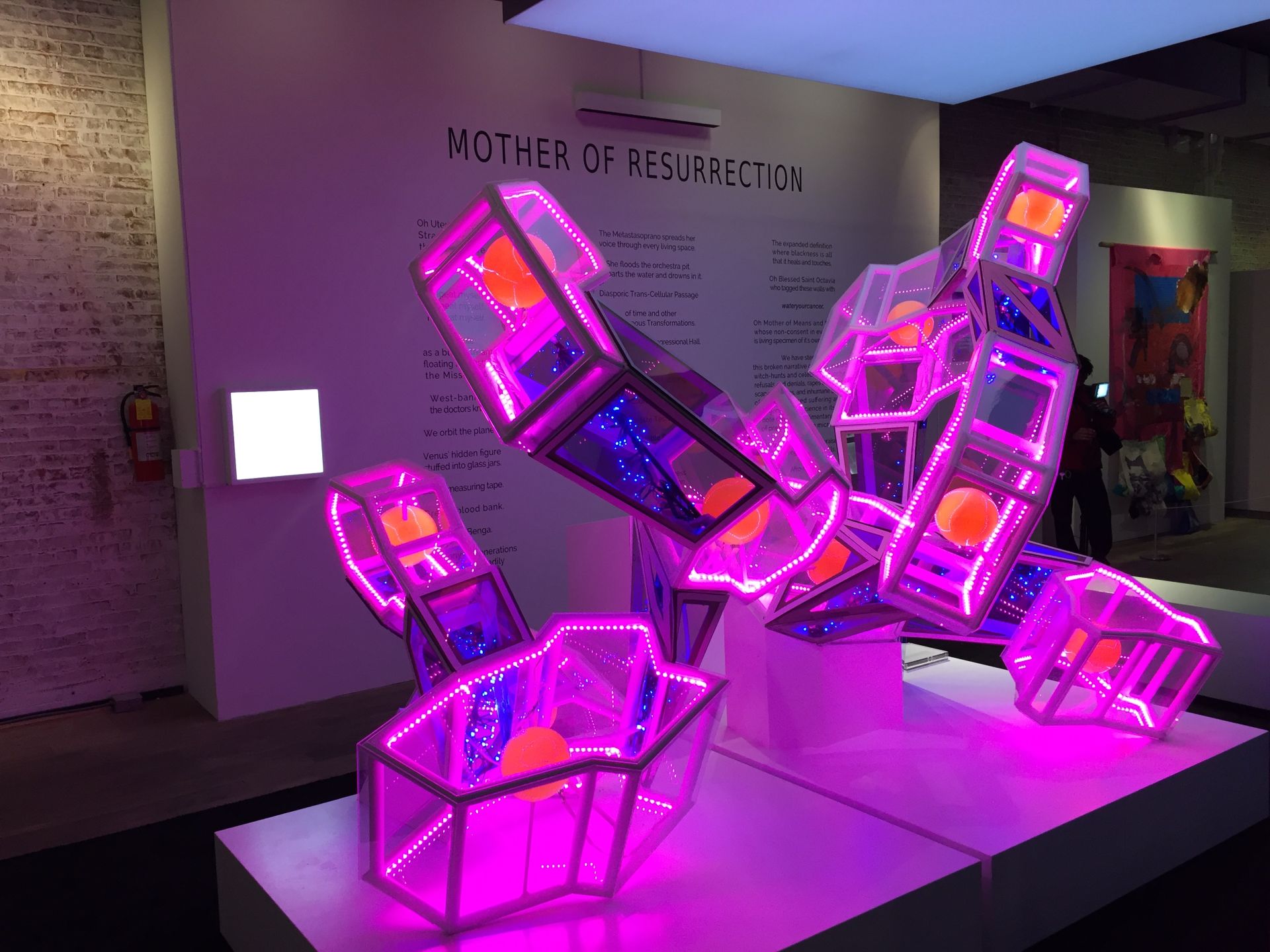 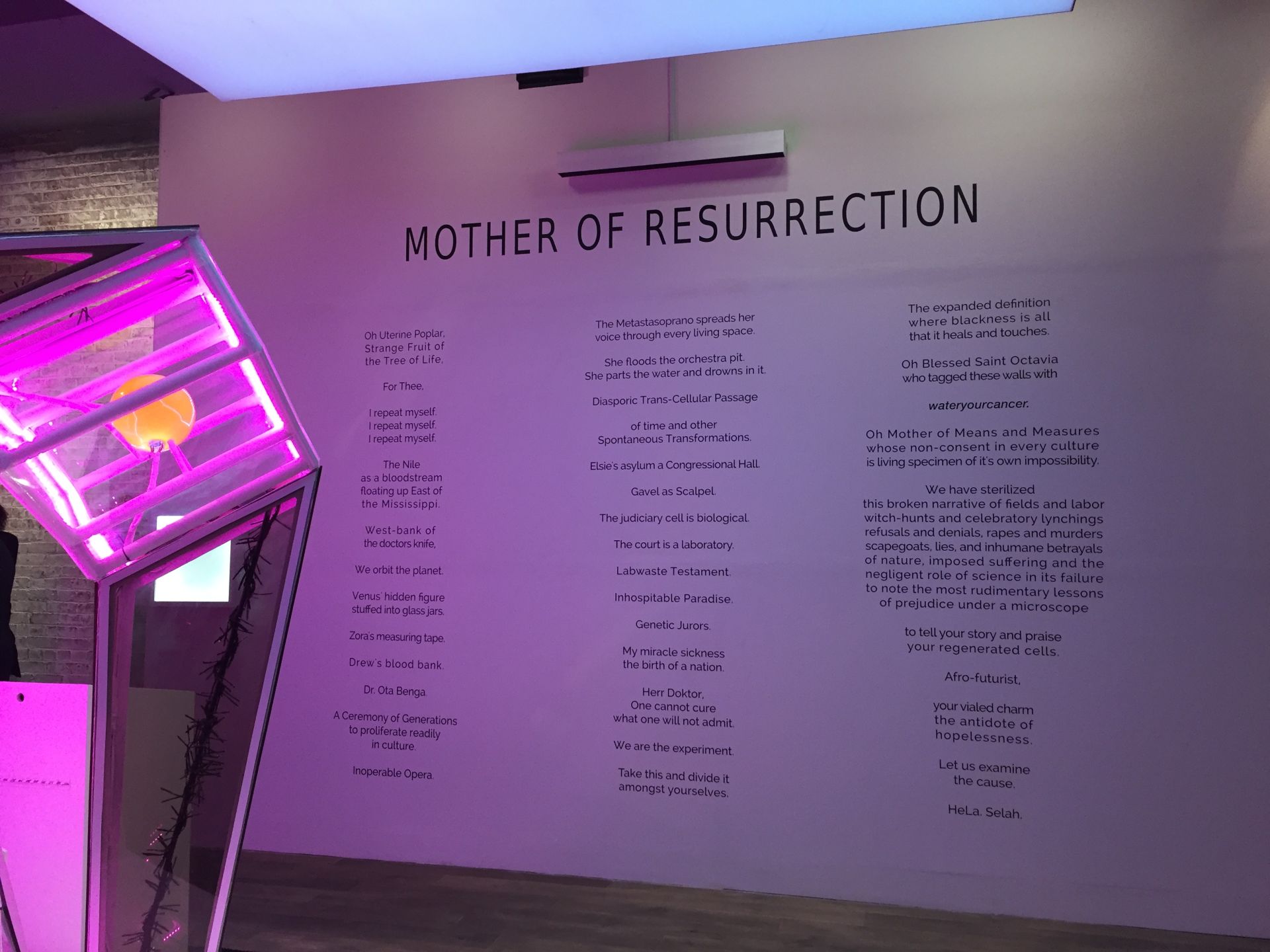 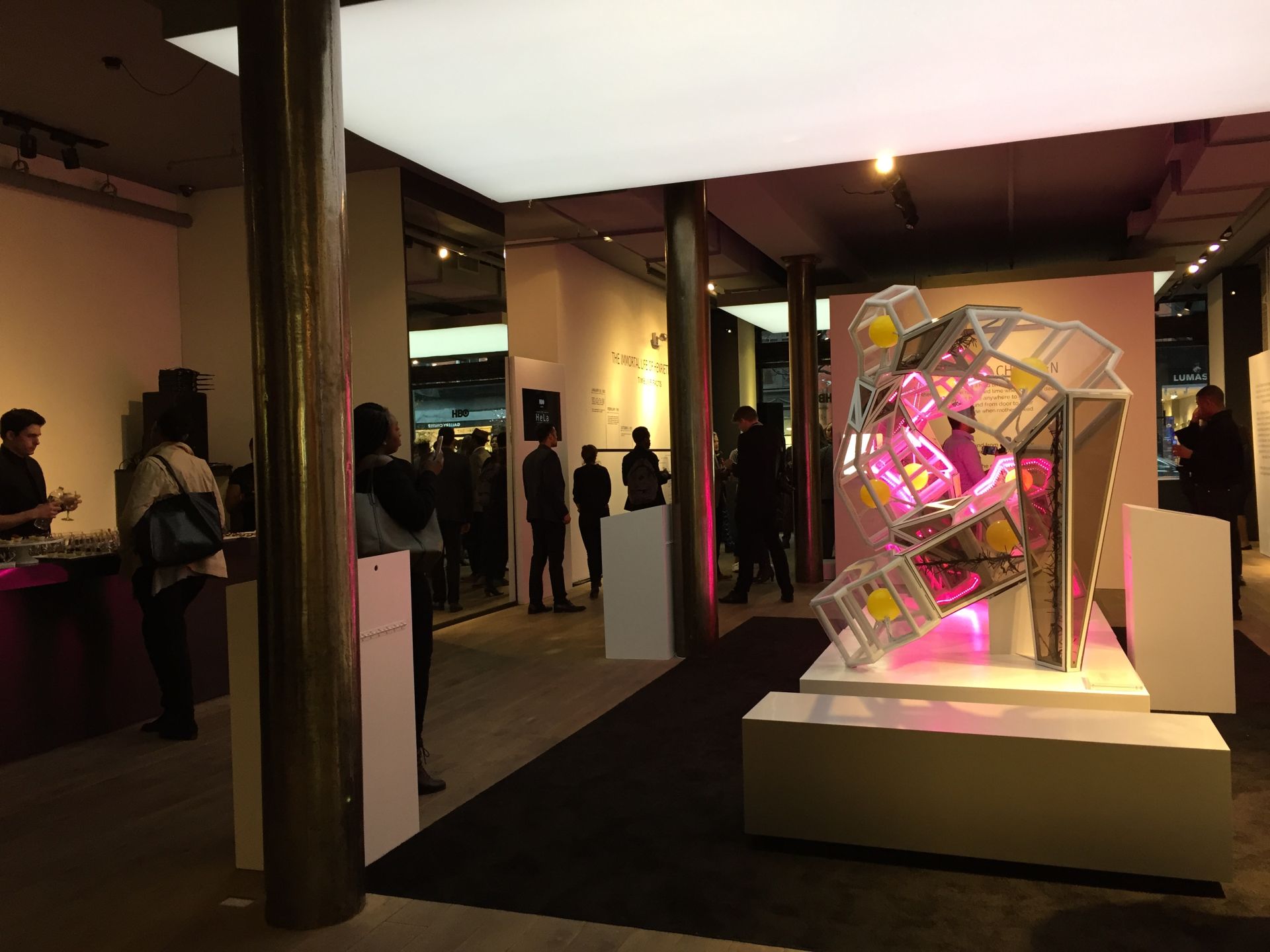 Atmosphere at the preview for the New York edition of The HeLa Project.
Alanna Martinez
Advertisement 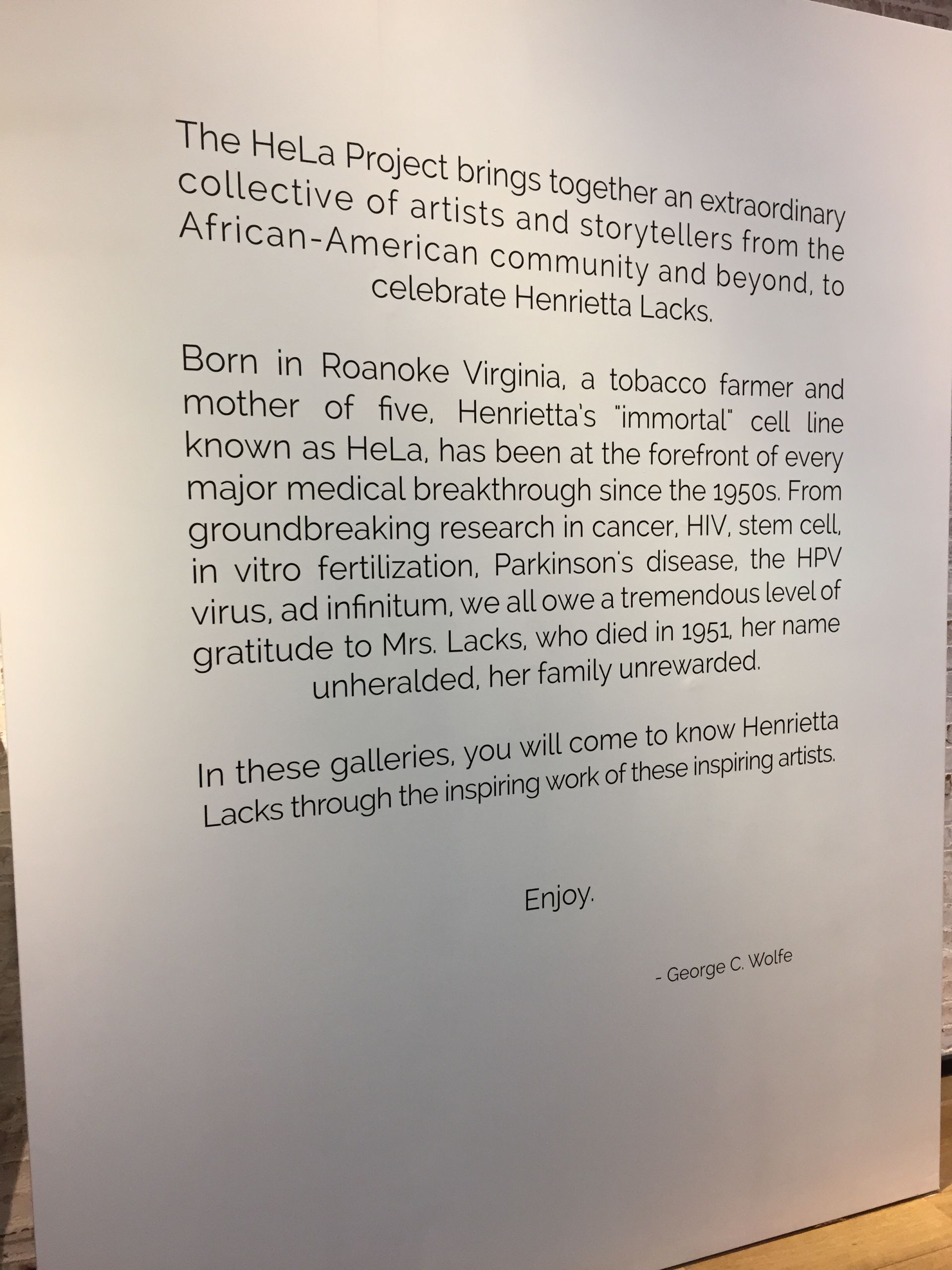 The entrance for the exhibit.
Alanna Martinez 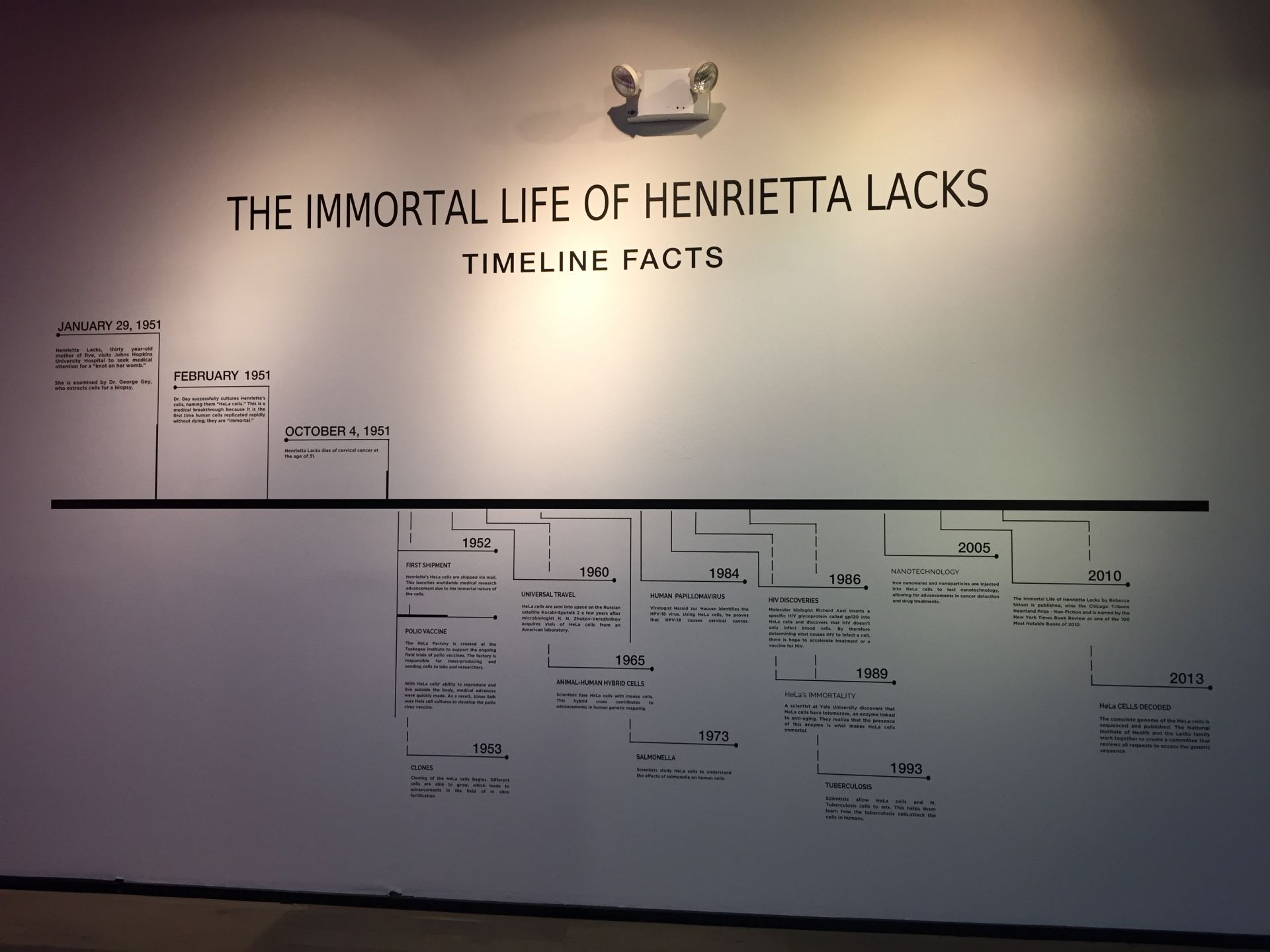 A timeline of Henrietta's life, and cells.
Alanna Martinez 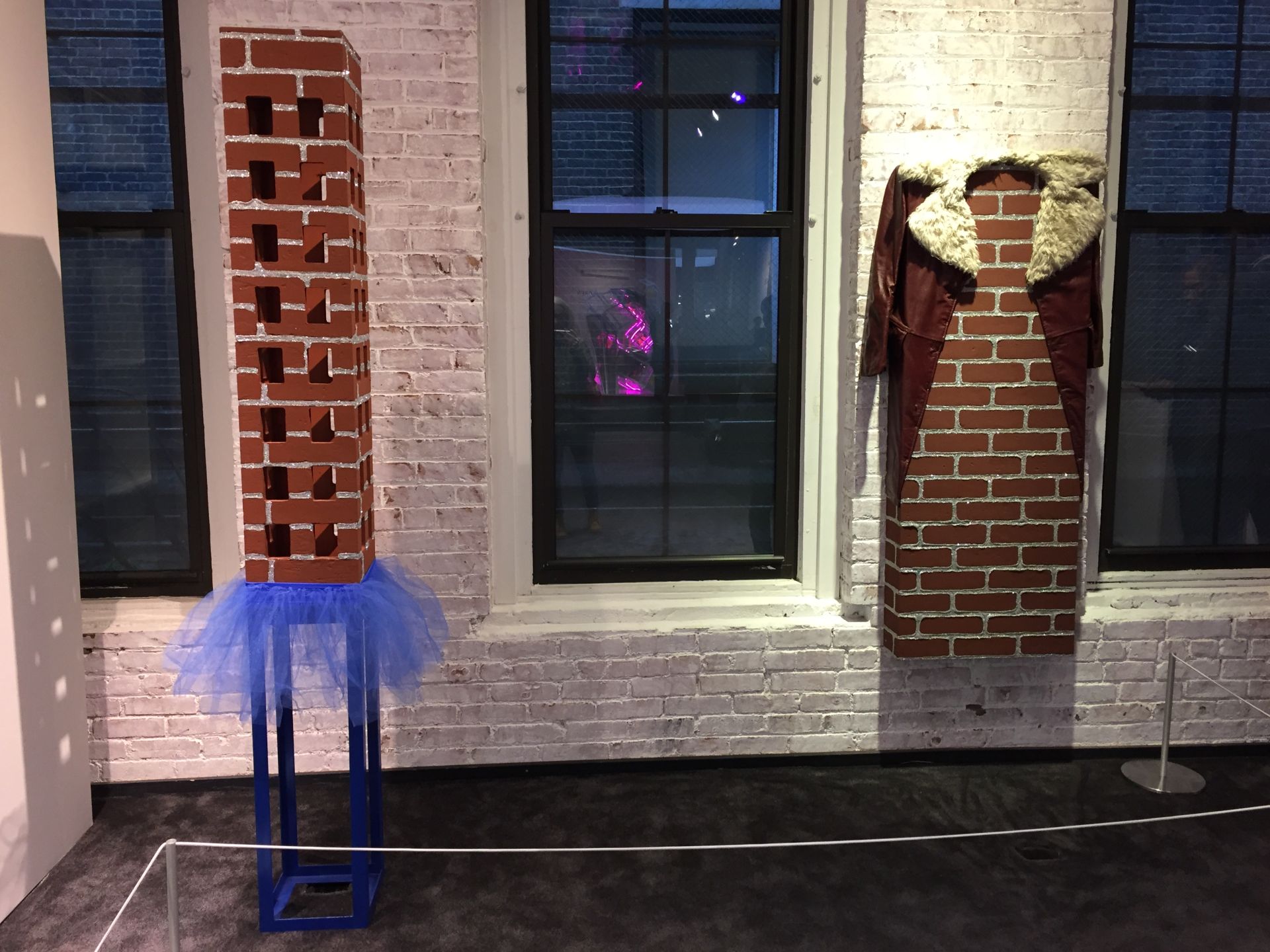 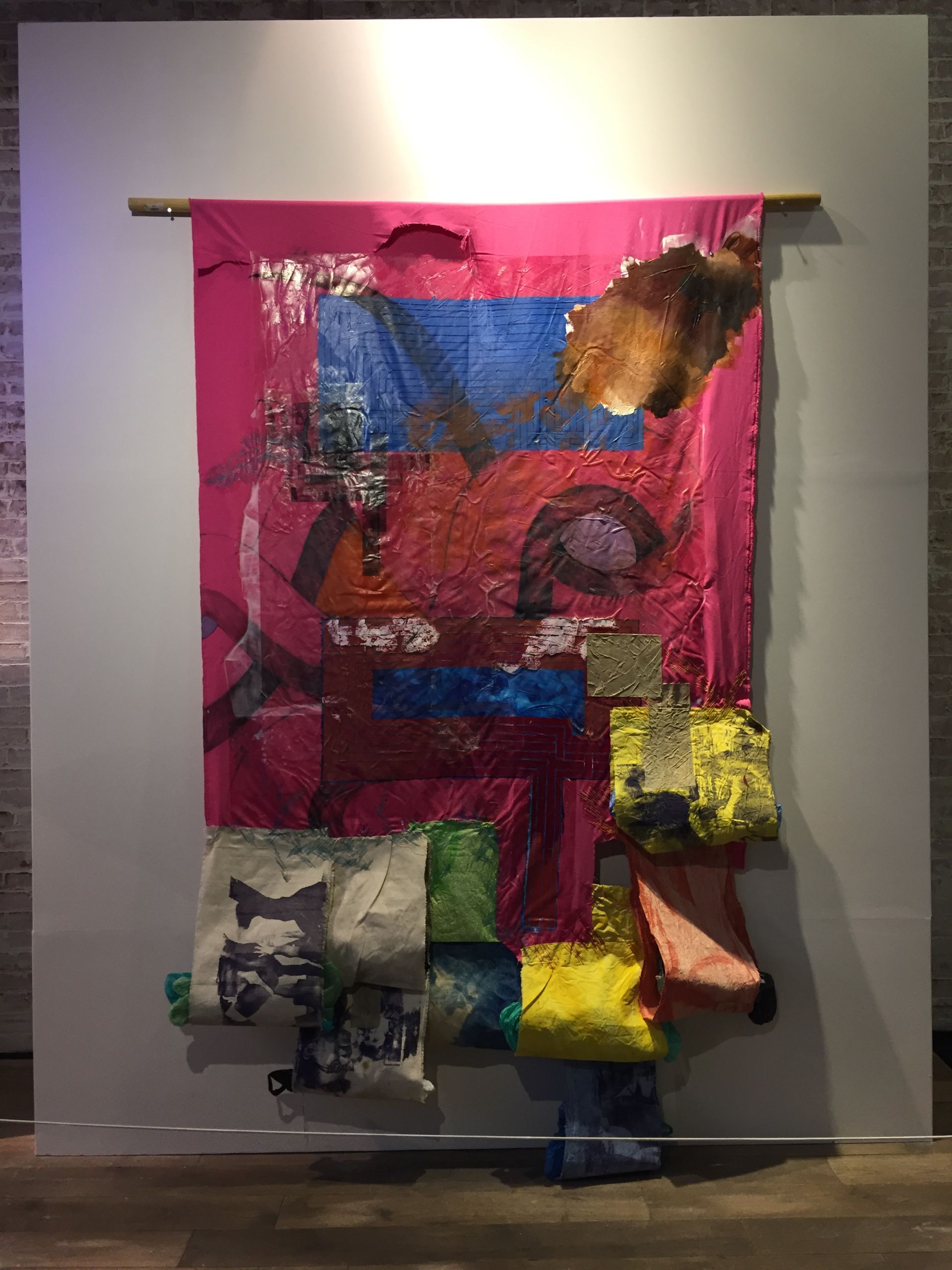 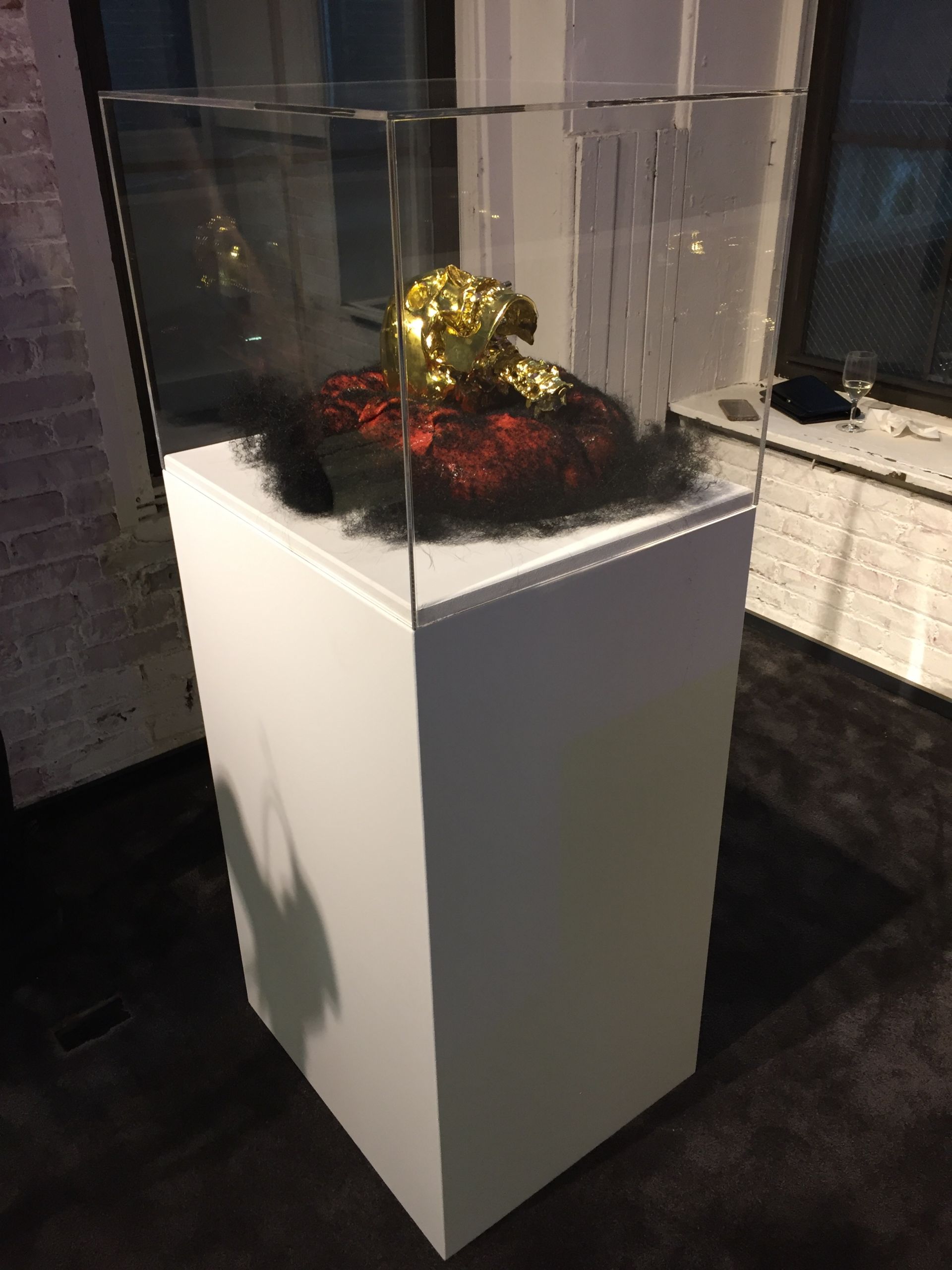 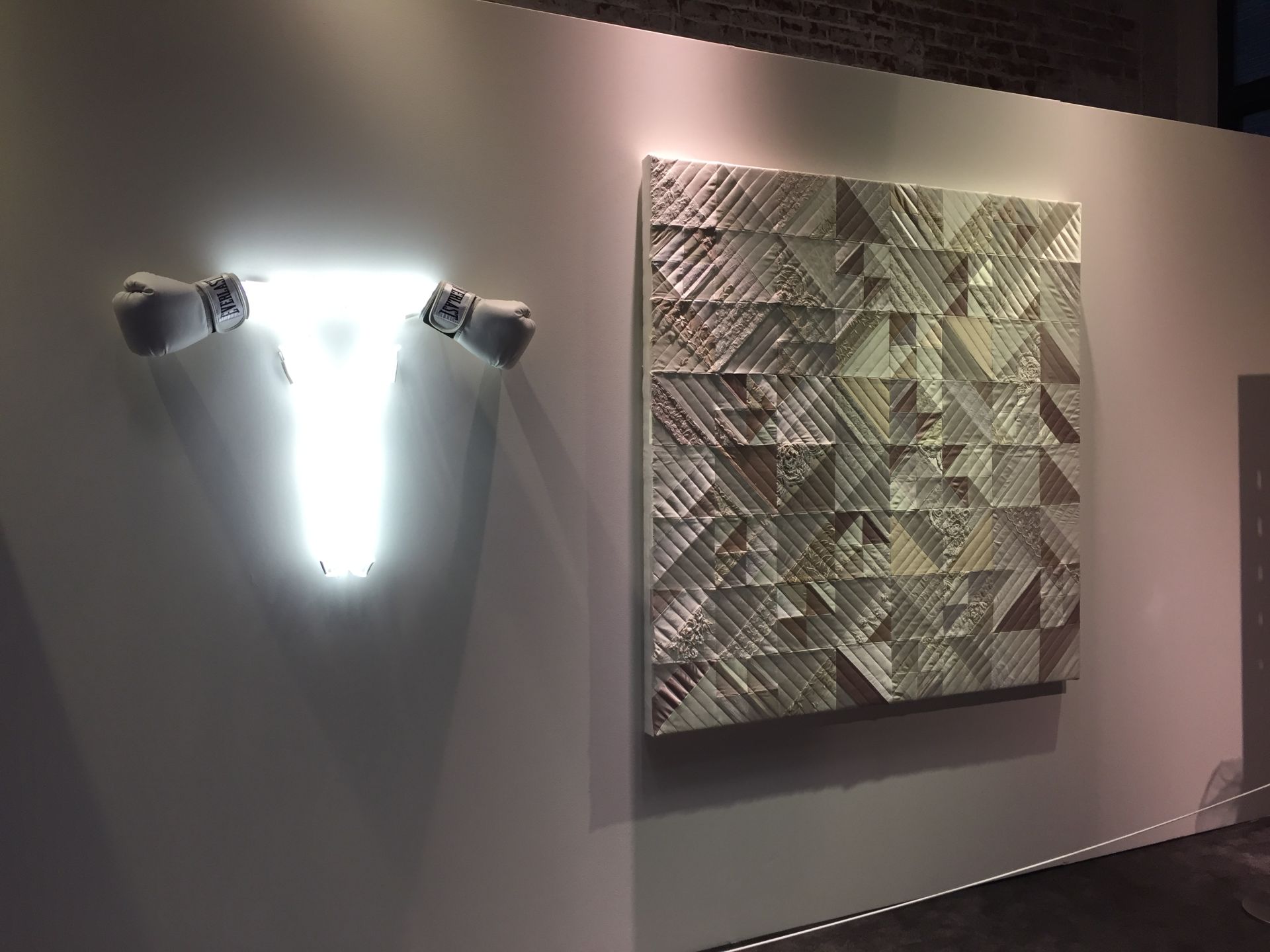 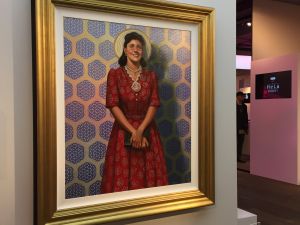 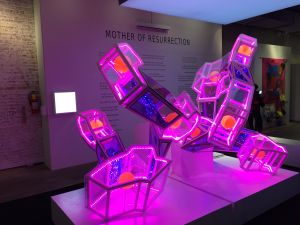 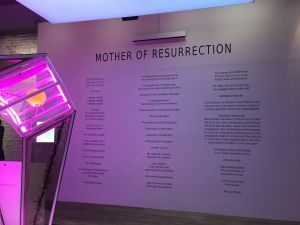 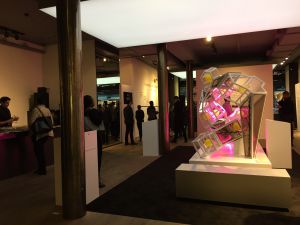 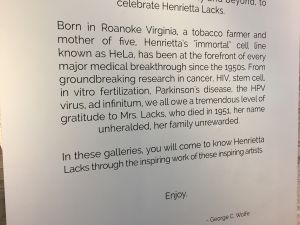 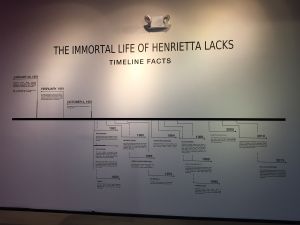 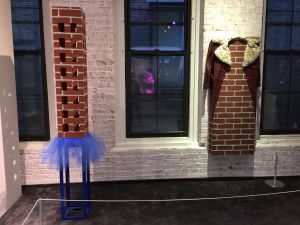 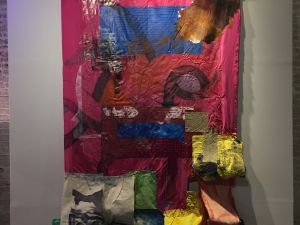 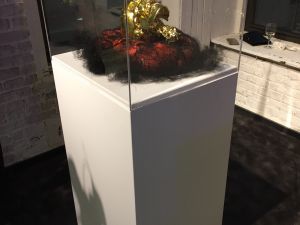 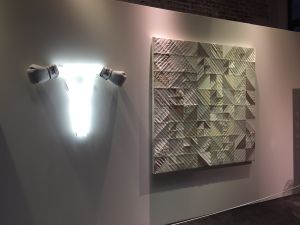 You may not be familiar with the name Henrietta Lacks, but you should be. Many of today’s scientific breakthroughs in polio, cancer, HIV, in vitro fertilization, Parkinson’s disease and HPV treatments, among others, can all be attributed to a cell culture taken from Lacks unknowingly by doctors in 1951 when she sought treatment for the cervical cancer that would eventual kill her that same year. But Lacks’ legacy has extended well beyond her own life through her cells’ contributions to science; her culture, known as “the HeLa cells,”  earned the nickname “immortal” for their unique ability to reproduce without dying.

On April 22, HBO will premiere the biopic The Immortal Life of Henrietta Lacks, exploring Lacks and her family’s stories, starring Oprah Winfrey and Rose Byrne, and based on Rebecca Skloot’s book of the same title. To further engage audiences’ with Lacks’ story, HBO has created a pop-up art experience called “The HeLa Project” that’s hitting the road in the month of April, featuring specially commissioned artworks by Caldecott Award-winning artist Kadir Nelson and poet Saul Williams, and a curated selection of works by gallerist Lewis Long.

Following the Baltimore edition of the show, “The HeLa Project” was shown in New York’s SoHo neighborhood from April 6-9. Nelson’s portrait of Lacks, which draws inspiration from the only two known photographs of her as well as some images of her children, greeted visitors at the front. In the painting, Lacks appears in a red floral sun dress, her head encircled with a wide brimmed hat, like a halo. Nelson has carefully inserted symbolic references throughout, from her crossed hands placed over her womb (where the HeLa cells were originally extracted) to two missing buttons on her dress (another reference the missing cells). The geometric pattern behind her, he told me at the event’s preview, features a motif known as “the flower of life,” a spiritual symbol that represents immortality and growth.

Also on view, between a large-scale light sculpture inspired by the HeLa cells titled Cell Installation, and interactive monitors for visitors to explore the HeLa cells’ timeline and connections to subsequent scientific breakthroughs, was Williams’ original poem Mother of Resurrection, read aloud by the artist through a set of speakers, as well as a recording of Motherless Children Have a Hard Time, voiced by Jazmine Sullivan. A stanza from Williams’ poem, writ large across one of the gallery’s walls, read, “Oh Mother of Means and Measures/whose non-consent in every culture/ is living specimen of it’s own impossibility.”

Invited to select artworks for the show, Harlem gallerist Long selected pieces that dealt both with themes addressed in the film, and issues Lacks would have encountered in her own life. Tomashi Jackson’s Dajerria All Alone (Bolling v. Sharpe (District of Columbia)) (McKinney Pool Party), a brightly colored hanging tapestry, utilizes imagery from the Brown v. Board of Education cases. The case would have occurred while Henrietta was alive and caring for her young children. Issues of education and the public discourse surrounding segregation in schools would likely have been of concern to her, Long told me. Also included are Zoe Buckman’s uterine-shaped neon work, Mostly It’s Just Uncomfortable series (Champion), which addresses contemporary issues surrounding reproductive rights, and Derrick Adams’ Monument City series (Lieutenant and Timbuk-Tutu), a sculptural exploration of the landscape of his, and Henrietta’s, hometown of Baltimore.

“The HeLa Project” opens in Atlanta at the National Center for Civil and Human Rights April 13-16, before traveling on to Washington D.C.’s National Museum of African American History and Culture on April 19.