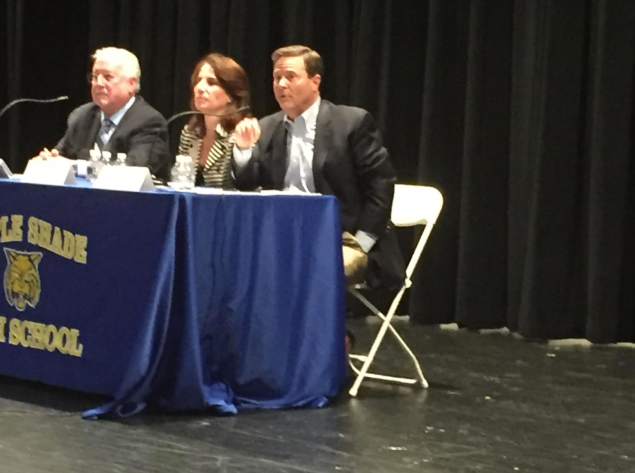 MAPLE SHADE — South Jersey residents at a town hall held by Rep. Donald Norcross on Monday were eager to hear how the congressman would defend the Affordable Care Act in the face of Republican efforts to repeal and replace the law.

Norcross (D-1) pledged to work against any Republican-backed replacement in the House and gave a strong defense of Planned Parenthood. And he also said he would be open to working with President Trump on a couple of issues: improving public infrastructure and veterans’ services.

“We will work with him when we agree, and we will fight like hell when we don’t agree,” Norcross said.

Facing repeated questions about the health care debate in Washington, Norcross criticized the American Health Care Act supported by Trump and House Speaker Paul Ryan as “the biggest redistribution of wealth in this country’s history.” The AHCA, which House Republicans declined to put to a vote last month for lack of support, would have offered large tax cuts for high earners.

Norcross, speaking alongside Assemblywoman Pamela Lampitt and Maple Shade Mayor Nelson Wiest (both D), singled out provisions of the Republicans’ plan that would strip funding from Planned Parenthood. He said those cuts would reduce access to care that runs the gamut from routine screenings to urgent care for underserved areas with few other clinics.

“It’s almost remarkable that we’re having this conversation in 2017, that somehow we are trying to dictate what women are doing with their bodies,” Norcross said.

“Let’s talk about what they really do,” he said of Planned Parenthood. “And it’s not just for women. Yes, they screen for all the services that you know about so well for women, but they also do services for men. And where do they do it? Historically, low and moderate-income areas where there’s few if any services.”

Lampitt criticized Rep. Tom MacArthur (R-3), whose support for the AHCA has led to regular protests at his district office. The assemblywoman pointed to an influx of donations to Planned Parenthood since Republicans unveiled their bill.

“They support people like myself, they support Don Norcross, and I don’t believe they’re supporting Tom MacArthur,” she said.

MacArthur, who negotiated amendments that added $165 billion in funding for vulnerable populations under the AHCA, has said he believes critics on the left and right have misrepresented his views on the bill. Interest groups from both sides of the political spectrum are running hundreds of thousands of dollars worth of critical ads against MacArthur, hoping to weaken him in the 2018 midterms.

Although Norcross took a hard line on the AHCA and Trump’s executive orders restricting immigration from several majority-Muslim countries, he said he is willing to cooperate with the president on improving public infrastructure and veterans’ services.

The latest order on immigration is now being reviewed by federal appeals court judges in the 4th and 9th circuits. “If the laws that are in place today on immigration were in place a century ago, half this room would not be here,” Norcross said. 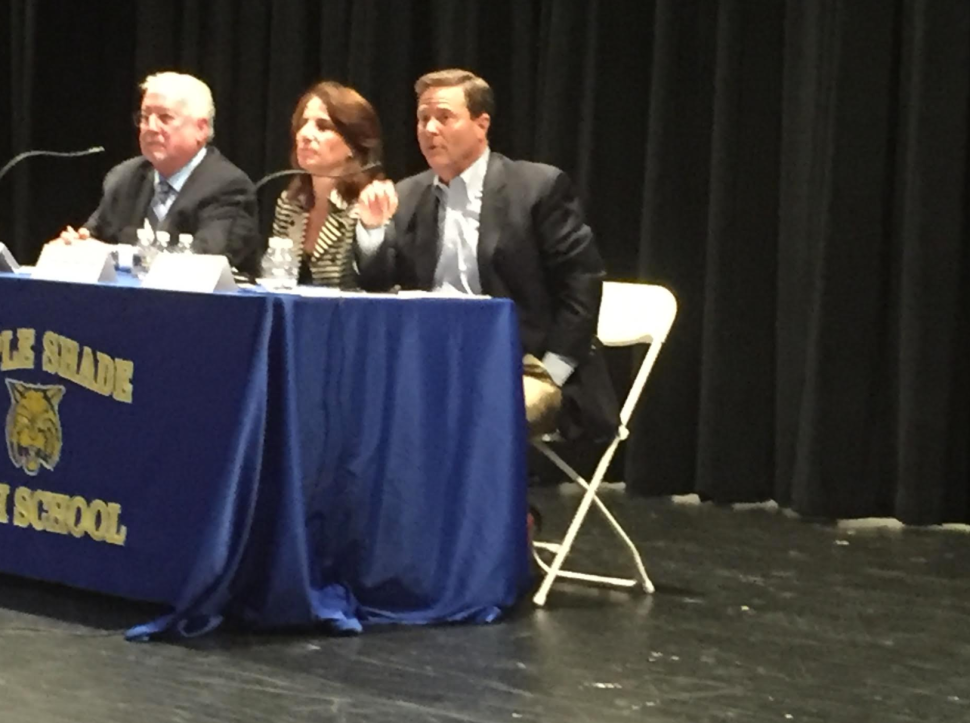