On April 6, Hillary Clinton spoke at the Women In the World Summit and was asked a rare question about her feelings regarding Sen. Bernie Sanders and the rift within the Democratic Party between those who supported her and progressives who supported Sanders.

New York Times columnist Nicholas Kristof asked Clinton, “I’m looking for lessons learned, and in particular…to what extent do you assign blame Bernie Sanders, to the media, for focusing on emails…” Clinton chimed in, “How much time do we have?”

The tone-deaf response presupposed that there were a variety of scapegoats that Hillary Clinton could blame her loss on.

Clinton didn’t offer regrets or assume responsibility for her failure to campaign in-person in Wisconsin, lack of focus on swing states in the Midwest like Michigan, or inability to build a formidable grassroots campaign in states like Florida. Nor did she dispel scapegoating Sanders, a tactic that Democrats use to desperately try to convey the image of party unity. Citing the media as a scapegoat for the loss is another fallacious claim Clinton did not to ignore. To the contrary, nearly every major newspaper in the country openly endorsed her in the primaries and general election. The mainstream media touted her long list of endorsements—from super delegates to establishment Republicans and billionaires—as qualifications for her candidacy, parroted her campaign’s press releases, and repeated the smear campaigns spewed out by her highly funded Super PACs.

Instead, Clinton lent credence to the commonly cited excuses her partisan supporters and loyalists have given. As Clinton and her followers see it, “her turn” was stolen from her. The Democratic establishment’s post-election strategy has revolved around absolving Clinton from her flaws, poor campaign, corruption, missteps, and inability to resonate with voters.

Clinton had every opportunity to run away with the 2016 presidential election, but she continually did the exact opposite of what would have led to her winning in a landslide. Her campaign viewed favorable polls arrogantly. Confident that she would win the electoral college vote but not as confident about the popular vote, they diverted resources into cities like Chicago and New Orleans. She raised a record amount of money—$1.2 billion—but spent most of it on attack ads, adopting her campaign’s “pied-piper” strategy of elevating Donald Trump to provide a weak opponent.

On the same day that Clinton openly cast blame on Sanders and the media, she fulfilled the criticisms of progressives about her interventionist foreign policy, as she urged the Trump administration to escalate U.S. involvement in Syria by bombing the country’s airfields. Her foreign policy was a driving factor in repelling voters from her candidacy, and the Trump administration’s recent embrace of a similar hawkish policy has upset many of his most enthusiastic supporters.

Clinton’s recent rhetoric demonstrates that she learned nothing from the 2016 election and that she views herself as a victim of Russia, the FBI, sexism, millennials, Wikileaks, Third Party voters, and more. 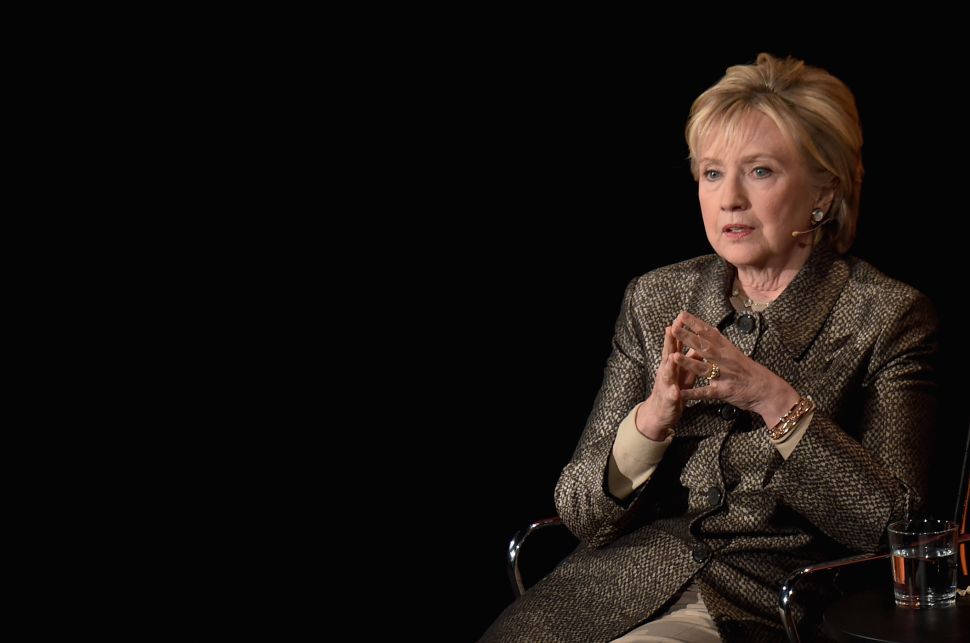