Jonathan Allen and Amie Parnes’ new book, Shattered: Inside Hillary Clinton’s Doomed Campaign, has upset Hillary Clinton’s campaign staff. A concerted effort has been made to push back on many of the book’s claims, despite the fact that the authors—who obviously hold Clinton in high regard—were trusted enough to be provided unfettered access into a campaign that refused to hold a press conference during the entire Democratic primaries. Allen previously worked for a Political Action Committee run by former DNC chair and Clinton surrogate Debbie Wasserman Schultz.

In the first few pages, Allen and Parnes legitimize the various scapegoats and excuses Clinton partisans have been recycling since her embarrassing defeat to Donald Trump. “She collected nearly 65.9 million votes—more than any Republican nominee in American history, just 64,822 fewer than Barack Obama in 2012, and almost 3 million more than Donald Trump,” wrote Allen and Parnes. “And she did that while facing a set of trials and tribulations unlike any other in American campaign history: a partisan congressional investigation; a primary opponent who attacked her character; a rogue FBI director; the rank misogyny of her Republican rival; a media that scrutinized her every move while failing to get that Republican rival to turn over his tax returns; and even a Kremlin-based campaign to defeat her.”

Off the bat, Clinton and her staff are let off the hook: she won the popular vote, which should indicate that not only was the election easily winnable, but that it came down to strategy over not having enough people vote for Clinton or against Trump. The authors then blame the media for Trump’s refusal to release his tax returns, when protests devoted to the issue didn’t make him budge. Allen and Parnes criticize Bernie Sanders without naming him, implying Clinton was entitled to win the primary nomination. Of course, the Democratic establishment tipped the scales in her favor to ensure that she did.

The media is cited as stacked against Clinton’s candidacy—but nearly every major newspaper in the country endorsed her in the primaries and in the general election. In fact, the biggest publishers in the country, The New York Times and Washington Post, had columnists devoted to defending and praising Clinton throughout the campaign.

From the start, Clinton’s campaign strategy was to elevate Donald Trump as a “pied-piper” candidate, creating a weak general election opponent, because Trump polled worse against Clinton than almost every other Republican presidential candidate. Even Clinton’s former Communications Director Jennifer Palmieri recently claimed the media’s obsession over the infamous Access Hollywood tape buried the Russian election interference narrative. Russia was one of the most widely-discussed topics during the presidential debates and the Democratic Party has used it as an attack strategy since at least September 2016, when Democratic Party Super Pacs began running anti-Russia attack ads. The media, especially the mainstream media, overwhelming favored and supported Clinton’s candidacy and her campaign’s talking points. Many Clinton loyalists are embittered because the strategy of the mainstream media‘s obsession with Trump’s frequent gaffes and political theatrics backfired.

The authors of Shattered inoculate Clinton and her campaign staff by claiming no other presidential candidate had so many obstacles put in place to stop them. But Clinton the entire Democratic Party and DNC on her side during the primaries, and then the majority of establishment Republicans, wealthy donors, and political pundits rooting for her in the general election.

For Clinton’s loyal staffers, Shattered provides an opportunity to propagate another false narrative: that the book is misleading and false. Clinton’s Traveling Press Secretary Nick Merrill posted several photos on Twitter from the campaign, claiming the entire staff got along and loved working for Hillary Clinton—as though the main takeaway was the staff’s divisiveness and not their ineptitude. This sentiment was echoed by her former staffers across the board—that the election was difficult, but Clinton’s campaign was united in their ineffectiveness, implementation of terrible strategies and poor messaging.

“It’s hard to read a depiction of the campaign that paints a dedicated, cohesive team as mercenaries with questionable motives who lacked a loyalty to a candidate described as ‘imperial’ and removed from the campaign,” wrote Christina Reynolds, Clinton’s former deputy communications director, in a Medium post complaining about the book (where the word “imperial” isn’t used once). Throughout all the defensive tweets and posts from Clinton staffers, not a single shred of introspection, accountability, or responsibility is assumed in why Hillary Clinton lost the election.

Their concerted approach to pushing back against this particular narrative is part of a broader rehabilitation campaign for the Clintons. From pushing portrayals of Chelsea Clinton as politically woke, to new book deals, receiving awards, and going on the speech circuit—even after an embarrassing loss to Donald Trump—the Clintons and their loyal staffers still won’t go away. 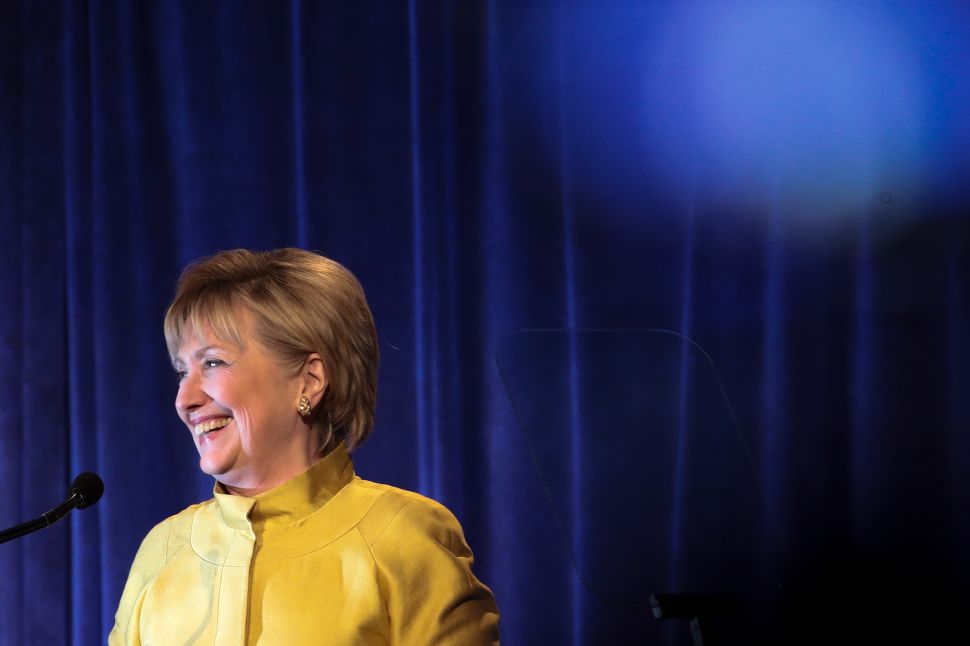