When not hiking in the woods and conveniently running into Democratic staffers, former presidential candidate Hillary Clinton is blaming everyone and everything for her election loss.

In an interview with The New York Times’ Nicholas Kristof during the Women in the World Summit, Clinton again claimed that gender played a role in her defeat.

“Certainly, misogyny played a role. I mean, that just has to be admitted,” Clinton said. “And why and what the underlying reasons were is what I’m trying to parse out myself.”

She also blamed FBI Director James Comey and Wikileaks for her loss, taking only limited responsibility, in that she “certainly could have done better.”

The BLFF survey asked “likely” 2016 voters what makes a female politician likable and electable. What it found was mostly general stuff that applies to female and male politicians. For example, the survey revealed voters prefer to see their candidate among constituents rather than posing for head shots.

Gee, no one would ever give a male candidate that advice! It’s not like every single mailer I receive about candidates—male or female—show them out among the people. Here he is with some construction workers. There she is in a factory. There he is in a classroom. There she is on a farm. This isn’t a gender thing.

The survey also found voters like when female politicians share personal anecdotes. Again, male candidates do this too (remember how many times Ohio Gov. John Kasich reminded voters he was the son of a mailman?). Voters don’t like it when a female politician takes all the credit for accomplishments. People don’t like when male candidates do this, either—especially when the candidate takes all the credit but none of the blame.

An obvious finding from the survey was that female politicians’ clothing and looks are scrutinized more than male politicians’. I’ve written about why women’s fashion choices are talked about more, and it’s because those choices are more interesting. Almost all male politicians dress the same: A dark suit with a red or blue tie. Boring. When one steps out from that (the example I used earlier was Sen. Marco Rubio’s Beatle boots), it gets talked about.

Maybe if female politicians banned together and agreed to only wear dark pantsuits with no jewelry, people would talk about their appearances less.

There’s something more to Clinton’s likability, and it’s on par with why people haven’t liked the past three failed male candidates: They come off as robotic. Mitt Romney, John Kerry and Al Gore all had this same problem and were called out constantly for it. But because Clinton is a woman, it’s sexism or misogyny. That’s putting women in a separate class where they’re supposed to be treated differently, or special. That’s not empowering.

There were some legitimately gendered findings in the BLFF survey, like how female candidates are judged on whether they can be a mom and an effective candidate. If the children are young, this makes sense. (Michelle Obama, though not a candidate, did a great job of displaying this balancing act.) But the issue doesn’t apply to Clinton; her daughter Chelsea was already grown and married (though she owed all her jobs to her mommy and daddy).

This research suggesting Clinton lost due to misogyny is further undermined by other research mentioned in Phillips’ piece. The author mentions “research also shows that women can win elections at the same rate as men.” Then why are we even talking about this?

But because of Clinton’s poor campaign, she lost the Electoral College. Is the argument now going to be that the Electoral College is misogynistic? I’d love to see that article. It also doesn’t make sense because in the three states that decided Clinton’s fate—Michigan, Pennsylvania and Wisconsin—Clinton only lost those 46 electoral votes by 78,000 votes. In each of those three states, she lost by less than one percent of the vote.

It isn’t like those three states—which hadn’t voted for a Republican since the 1980s—voted for Barack Obama, the first African-American president, but then decided they couldn’t handle a woman president. No, the reason Clinton lost those states is far simpler: she campaigned poorly.

The small number of voters who flipped the states toward Trump likely did so because of his campaign promises to bring factory and manufacturing jobs back, and because they didn’t feel better off in 2016 than they did eight years earlier when they first voted for Obama. Voters tend not to keep the same party in power through two presidencies, and if they feel like one party let them down, they’ll vote for the other. Clinton and her team should probably be proud that so few voters switched their votes.

Clinton’s ultimate error was in her campaign’s misplaced ambition. Clinton didn’t just want to be the first female president—she wanted to be the first female president by a long shot, and so she spent valuable time and resources in states she was never going to win, like Arizona, Texas and Utah. In each of those states, the Clinton campaign spent far more than Obama did in 2012, only to gain a small percentage more of votes than the previous president while still losing the states.

So yes, she got more votes than Obama in 2012, but she still wasted money and resources in a state she was never going to win. Because of this “expansion state” strategy, Clinton failed to notice the trouble in Michigan, Pennsylvania and Wisconsin. Believing those states would remain solidly blue played a big role in her loss. She placed large ad buys in Michigan and Pennsylvania, but didn’t notice that her campaign message wasn’t resonating like similar Democratic messages had in the past (not because of sexism, but because of fatigue and the perception of a failing economy).

Half of Clinton’s extra popular votes came from her expansion states. She sacrificed easy electoral wins to get more votes in states she couldn’t win. This is why candidates run campaigns seeking electoral votes, not popular ones. If Clinton had spent more time on the former, looking for a simple, clean electoral win with possibly a narrower popular vote win than Obama, she might be president today.

It was her campaign’s misplaced ambition—not her gender—that lost the election. 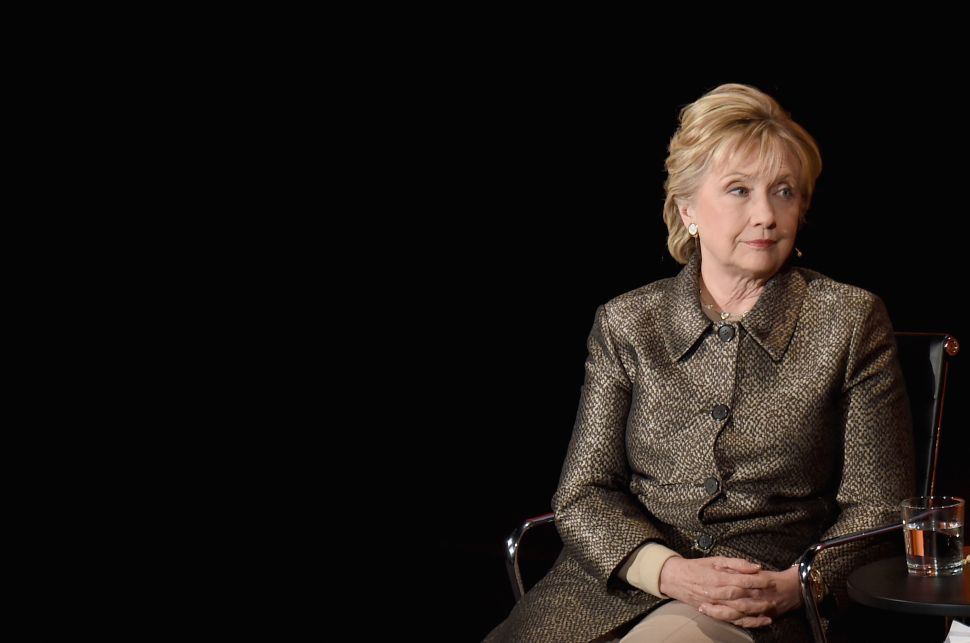