This article originally appeared on Quora: How could LinkedIn be disrupted?

When I worked at LinkedIn, I focused on its mission of “connecting talent to opportunity at a massive scale”. Or, as I preferred to describe it, helping people hire and be hired.

LinkedIn is the market leader for hiring, but it isn’t innovating enough.

LinkedIn is the world’s most powerful tool for job-seeking professionals and employers. But lately it’s been stagnating. Perhaps LinkedIn has become more interested in other areas, such as sales and marketing. Maybe its energy is going into its integration with Microsoft. Whatever the reason, LinkedIn hasn’t been delivering meaningful innovation as a hiring platform.

Nonetheless, LinkedIn is winning. LinkedIn upended traditional job boards, such as Monster, Careerbuilder, and Dice, by establishing a platform in which people could take charge of their own professional identities. LinkedIn created an industry of recruiting passive candidates — people who aren’t looking for jobs but are open to the right opportunity. Today, LinkedIn dominates the market for hiring passive candidates and is second only to Indeed as a destination for active job seekers.

LinkedIn knows who you are, whom you know, and what you know.

LinkedIn knows who you are. Its half a billion member profiles are an unparalleled database of names, locations, and current and past employers. The majority of LinkedIn’s revenue comes from providing hiring managers and recruiters the ability to use this data to find people and contact them.

LinkedIn knows whom you know. Its professional graph represents the billions of connections its members have made with one another. This data is valuable, but it’s somewhat diluted by an aggressive growth strategy that has encouraged connection quantity over quality.

LinkedIn knows what you know. A significant fraction of its members have included education and skills in their profiles. But this information is shallow: people are mostly honest when they list their skills and credentials, but there’s no way to know how good they are at the skills they claim.

But LinkedIn doesn’t know whether you are good at what you do.

Ask recruiters and hiring managers what they don’t like about LinkedIn, and many will complain about how hard it is to determine which candidates live up to their profiles.

In theory, LinkedIn could build a reputation graph on top of its connection graph. LinkedIn knows who has worked with you, and those people could vouch for your abilities. Indeed, LinkedIn introduced recommendations in 2006 and endorsements in 2012.

Unfortunately, neither of these products provides a useful reputation signal. Recommendations are sparse and mostly tell you that the recommendee isn’t shy about asking for favors. LinkedIn’s rollout of endorsements emphasized quantity over quality, leading to hairdressers endorsing their clients for Java.

A new company will never be able to compete with LinkedIn on quantity. Instead, it needs to directly address LinkedIn’s weakness by establishing robust signals of what people are good at. This would create a compelling alternative to LinkedIn despite its having a much smaller database of people.

There are quality signals on LinkedIn, but they’re noisy and coarse-grained. Employers often look at a person’s school and previous employers, but these signals are crude and biased. Employers rely heavily on interviews to assess a candidate’s skills — an expensive and noisy process with biases of its own.

Candidates shouldn’t have to prove their skills to every company that interviews them. Instead, they should be able to have relevant skills assessed by a trusted third party and include those assessments on something like a LinkedIn profile.

So why doesn’t LinkedIn simply add such assessments as a feature? The problem is that LinkedIn already has half a billion profiles. Even if LinkedIn persuaded millions of its users to obtain assessments, the coverage would be sparse and distracting from LinkedIn’s brand. LinkedIn would risk alienating the vast majority of people with unassessed profiles.

In contrast, a new company could establish a critical mass of assessed professionals. It could target people who don’t already have the school or company brands on their LinkedIn profiles that attract swarms of recruiters. And it doesn’t necessarily have to perform the assessments on its own. In fact, it could become a three-sided marketplace of candidates, employers, and assessors. Establishing that critical mass of assessed professionals won’t be easy, but it’s thousands rather than hundreds of millions.

The harder problem will be establishing credibility for those assessments. But again, this problem isn’t insurmountable. All it takes is to get a critical mass of candidates interviewed by employers that are hungry enough for talent to take the risk. The interview performance of these candidates creates a feedback mechanism, which not only establishes credibility but also drives continuous improvement.

Skill endorsements from people you’ve worked with are a great idea. It’s just unfortunate that LinkedIn optimized for quantity of endorsements rather than quality. And it’s too late for LinkedIn to fix them, since it’s already flooded the platform with meaningless endorsements.

But someone else could do it right. The key is to establish a reputation ecosystem with properly aligned incentives. One way to do this is to create a referral network powered by endorsements. Here’s a simple outline of how it could work.

This system aligns incentives. You are financially incented to endorse people. But you want to maintain a high reputation so that your endorsements carry weight, so you only endorse people that you believe employers will like.

This example is simplistic, and building a real referral network this way would require addressing many nuances. Endorsements and reputation should be skill-specific. Employer feedback could be interpreted differently based on the employer, and employers themselves could have reputations. But hopefully even this simple example shows how a reputation ecosystem with aligned incentives can establish a robust quality signal.

Disrupting LinkedIn will be difficult, but it is inevitable.

It’s never easy to take on a market leader. LinkedIn, for all its flaws, has established itself as a staple of online hiring, and it will continue to be the market leader for the foreseeable future.

But people have wanted something better for a while — a way to cut through the noise between what people say they can do and what they can actually do. The two opportunities I’ve described demonstrate that it’s possible to do so. Whether through these or another strategy, someone will figure out how to disrupt LinkedIn by creating a robust quality signal.

So go forth, and help people hire and be hired!

Should everyone have a LinkedIn profile?
What advantages do startups get from being in Silicon Valley?
Is Bill Gates right that we should tax companies that use automation to eliminate human jobs? 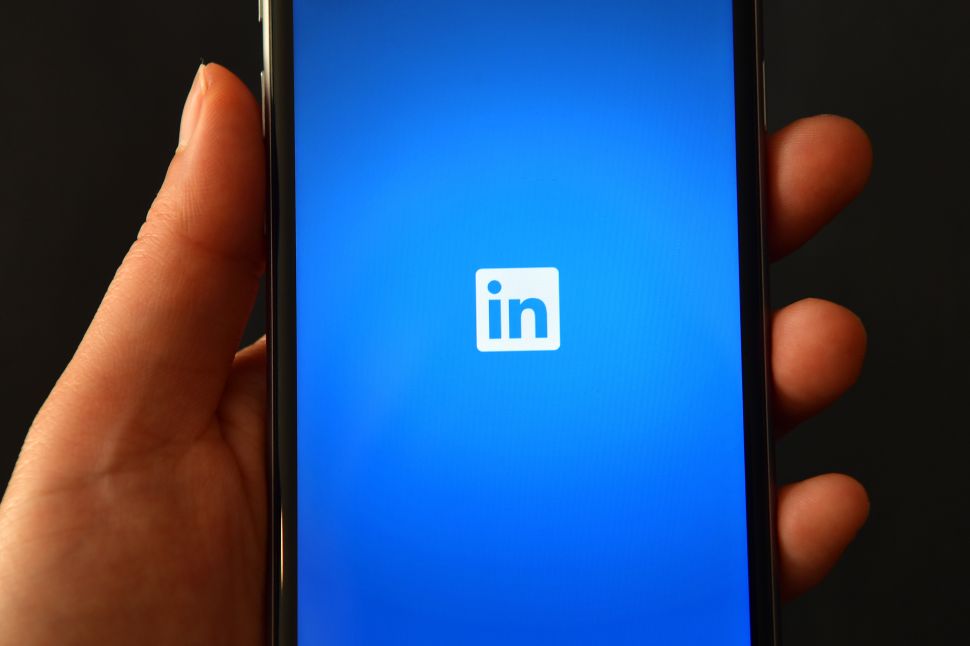