How do we become creative? Do we motivate ourselves to create works of genius? Do we study our way into greatness? No. We do none of that. We steal.

A good artist understands that nothing comes from nowhere. All creative work builds on what came before. Nothing is completely original.

When I started writing, I wanted to find my voice. But whenever I tried to write in an original style, it wasn’t any good. For a long time, I thought this was what real writers did. They must have been born with some innate talent, some style just waiting to get onto the page.

Turns out, that’s simply not true. We find our voices by writing in other people’s voices. We hone our craft by stealing from the work of others.

Saving history by stealing it

There is an old Irish myth that illustrates this. In the story, a young monk named Columcille steals a manuscript from an abbot in hopes of copying it. When the young monk’s theft is discovered, the abbot demands it.

Columcille refuses, and the case is brought before the high king who demands the monk return both documents. The young monk impulsively tells his father, who is also a king, and what ensues is a battle leaving the abbot dead and the monk plagued with guilt. To atone for his sins, Columcille is banished from Ireland and lives out his exile on a small island named Iona, just off the coast of Scotland.

At Iona, Columcille spends the remainder of his days paying penance through acts of service to the church and western culture. He and his band of monks spend their time copying ancient documents and preserving them for posterity. Like their founder, they copied the work they loved, preserving it for future generations. They were stealing, too.

Iona soon became a refuge of western culture, one of a few sites in the world where art and culture were preserved while barbarian hordes tried to destroy it. The documents those monks copied would prevail through the Dark Ages, saved from destruction and preserved for the future.

A band of Irish monks rescued western culture from near annihilation. How? Not by doing original work. They copied manuscripts of ancient documents, which they inherited from the Romans. And the Romans, of course, stole their culture from the Greeks. While the Greeks borrowed from each other.

And on and on it goes.

Creativity is not about coming up with something new and original. It is about borrowing ideas from a variety of sources and re-assembling them into a better or at least different package.

This process is hard work. It involves studying what others have already done and adapting it to your own purposes.

If you do this well, you won’t merely crib other people’s work and pass it off as your own. You will build upon it, and make it better. But be careful here, as far too many creatives have gotten lost in the pursuit of originality and damaged their work as a result.

Creativity is stealing. When you “steal like an artist,” you follow in the footsteps of history’s greatest creative minds. But before you become an artist, you must first become a thief.

Here’s how it works.

First, you must study the work of those who came before you. You must become a student of other people’s work.

When the famous choreographer Twyla Tharp started dancing in New York, the dancer dedicated herself to studying every great dancer who was working at the time. She patterned herself after these professionals, learning what she could from them, copying their every move. “I would literally stand behind them in class,” she said, “in copying mode, and fall right into their footsteps. Their technique, style, and timing imprinted themselves on my muscles.”

Tharp understood that honing her dance skills would begin not with coming up with an original technique, but with copying what others were doing. She imitated the greats and after years of study created a style that was all her own — at least, that’s what people thought.

“That’s the power of muscle memory,” she wrote in her book, The Creative Habit. “It gives you a path toward genuine creation through simple re-creation.”

The way you establish your authority in a certain field is by mastering the techniques of those who are already authorities. And what eventually emerges over time is your technique.

Then you must steal the work. You must copy your way into creativity, deriving your inspiration from others and calling it your own.

For generations, writers have done this by copying the words of their favorite authors verbatim.

Hunter S. Thompson did this with the work of his idol, F. Scott Fitzgerald, when he wrote out the pages of The Great Gatsby to get a feel for “what it was like to write that way.” He also admitted in an interview to stealing more words and phrases from the Bible than from any other source, because he liked the way they sounded.

Great artists do not try to be original. They copy the work of both masters and peers — word by word, stroke by stroke, they mimic what they admire until those techniques become habitual. “Skill gets imprinted through action,” Tharp once said. We create by copying, and as we do, the skill becomes embedded into our memory.

So, how do you do this, ethically?

Well, first you give credit where credit is due. You list your sources. You acknowledge your influences. And you steal from not just one place but many places. And you recombine all that work into a hodgepodge — a mosaic — that other people will dare to call original.

The work of an artist, then, is not so much about creating things as it is about curating them.

Finally, you share the work with others. This is the point at which the work you steal becomes generous. If you follow the example of greats artists like Michelangelo and borrow from the past, adding your own artistic flare, you are doing more than borrowing — you are creating.

This is what Jim Henson did when he borrowed his unique style of puppetry from the likes of Burr Tillstrom, creator of Kukla, Fran and Ollie, and other influences. Tillstrom won the admiration of both children and adults with his performances, which involved him standing behind a stage with a curtain to conceal his movements while the puppets acted out the skit. It was a simple arrangement; one Jim would borrow from and adapt to suit his needs. Later in life, he would credit Tillstrom for doing more to bring puppetry to TV than he ever did.

When you steal like this, you are passing something on for posterity; you are paying the work forward. Using the material around and available to you, you end up doing something new. And when people start calling you genius, the best thing you can do is honestly point to your influences.

So, how do you become creative? You start by stealing. It’s just that simple. But simple doesn’t always mean easy.

Jeff Goins is a writer who lives in Nashville, Tenn., with his family. He is the author of the national best seller The Art of Work: A Proven Path to Discovering What You Were Meant to Do. Follow him on Twitter at @JeffGoins. To get more articles like this, check out his free newsletter. As a thank-you, he’ll send you a free excerpt of his best-selling book, The Art of Work, plus other fun things. 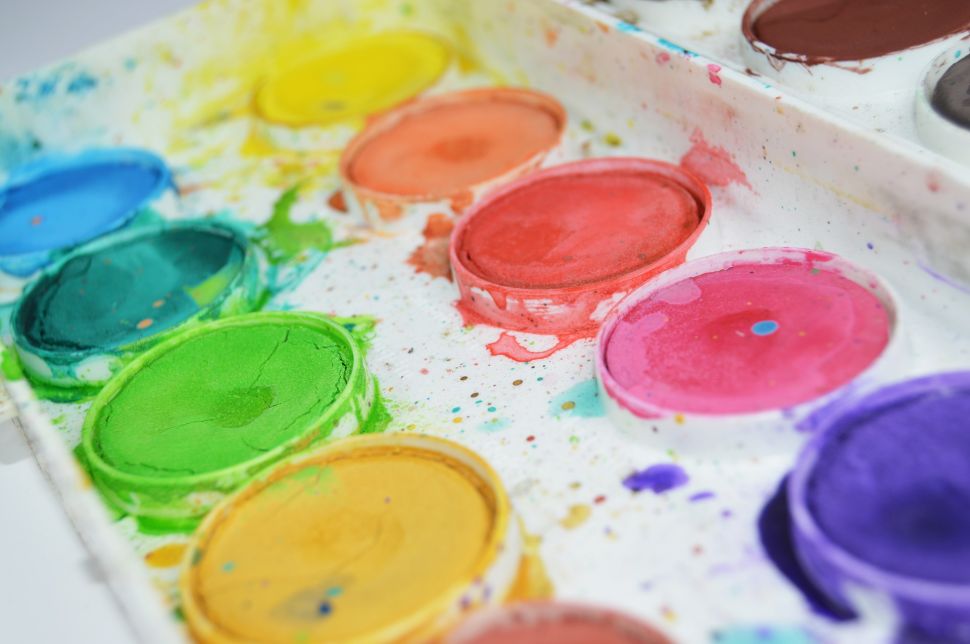