As I advise candidates throughout their interview process, there is one area where I consistently get pushback: “Do I really need to send a thank you note? Does it ever make a difference?”

I understand the reluctance. In the vast majority of cases, your post-interview thank you note is never acknowledged and most candidates only get an offer in a small percentage of the positions that they interview for. It can seem like the effort to write a note is wasted or that all of those notes are swept into some recruiting black hole where they slip away into eternal irrelevance.

Writing a note of any kind seems superfluous in our fast paced contemporary era. It evokes images of embossed stationery and wax seals or the nagging you got from your mom after Christmas to thank your Aunt Marge for the scarf she knitted you. Who needs any of that?

A well written post-interview thank you note, however, can be an impactful piece of business communication that can help seal the deal. I’ve seen many cases where the thank you note cemented a hiring authority’s positive impression of a candidate or actually turned a negative impression into a positive one that ultimately resulted in an offer. I’ve also seen poorly written thank you notes result in a marginal candidate being quickly nixed.

Our latest example was with Maggie who interviewed with one of our clients for a mid-level marketing position. Upon my recommendation and after passing a telephone screen, this client scheduled a day of interviews with Human Resources, the hiring manager, peer-level employees, and the Vice President of Marketing, Ron. The final interview with Ron only happens if the preceding interviews go well. I have some clients where the interview with a VP is strictly a formality or a stamp of approval. That’s not the case here. At this company, the VP is the decider. He wants buy-in from the team, but he makes the final call.

When Maggie called us after her interview, she was kicking herself. The day had started off very well, well enough, in fact, that Ron was added to her schedule at the end. That’s where the wheels started to come off.

Somehow, she and Ron just didn’t click. The answers that seemed to impress the rest of the staff fell flat with him. At the end of the interview, he asked her what social media campaigns she liked. She just drew a blank. While social media had never been any part of her job responsibilities, it would be a small but important part of her role here. The client knew about her lack of experience in this area but was willing to let her learn on the job because of the strength of the rest of her background. By not being able to think of a single example, she was sure that she was hurting her chances.

Worse, after leaving the interview, she was able to think of dozens of great social media campaigns. In fact, her own company had just done a very successful one and even though it wasn’t an official part of Maggie’s job, she had helped coordinate it with her firm’s social media manager. She was completely dejected as she contemplated just how thoroughly she had booted that question.

While it clearly would have been better had Maggie impressed Ron with a great answer to his original question, we advised her that a well-written thank you note could get her candidacy back on track.

Like many other people (yours truly, for instance), Maggie was actually a much better communicator in print than in person. She thanked him for the chance to talk and then wrote, “Upon further reflection, I realized that I didn’t answer your question about social media campaigns as effectively as I would have liked.” She then went on to list three such campaigns, why she liked them, and explained how elements of each could prove effective to promoting Ron’s business. She outlined the small role she had played in helping her social media manager launch her company’s efforts and reiterated how eager she was to develop this skill while working with Ron and his team.

While a good thank you note can’t always turn things around, in this case it did. Ron invited Maggie back, things went much more smoothly, and she was eventually extended an offer. I’ve also seen many cases where a client commented on how well-written a given candidate’s note was and cases where a client pointedly wondered why one candidate in a given slate didn’t write a note. The bottom line is that writing thank you notes—or failing to do so—can definitely influence hiring decisions.

Here are 9 guidelines for writing effective thank you notes:

A well-written thank you note won’t guarantee that you’ll get the job, but it can keep you in the hunt or help turn around negative perceptions. Importantly, a poorly written note or failure to write one at all can negatively influence hiring authorities. Make sure to write a note after every interview—and thank you for reading this article. I appreciate your continued support.

Keith Liscio is the president of Patrickson-Hirsch Associates, an Executive Search firm specializing in the placement of marketing professionals at consumer-focused organizations. If you have job search or hiring related questions, contact him at keith@patrickson-hirsch.com. 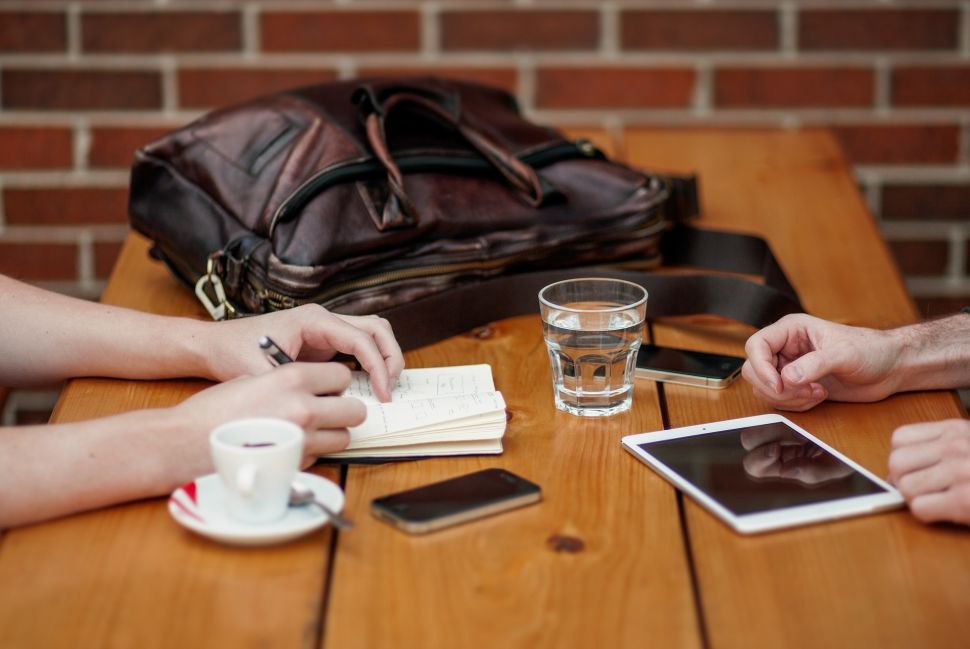