In 1951, a vibrant 31-year-old African-American mother of five was dying of cervical cancer. In an operating room, without her consent, surgeons harvested cells from her tumor. Those cells, which they named HeLa cells, proved to be astonishingly immortal, replicating themselves in a way that no other cells had. HeLa cells became the foundation for astonishing scientific advances in nearly every area of medicine. And yet, Henrietta never received any recognition for her involuntary donation and would long remain largely unknown.

HBO Films’ The Immortal Life of Henrietta Lacks is her story, as told through the eyes of her daughter, Deborah Lacks (Oprah Winfrey). Aided by journalist Rebecca Skloot (Rose Byrne), Deborah sets out to learn about the mother she never knew and to understand how the unauthorized harvesting of Henrietta’s (Renée Elise Goldsberry) cancerous cells led to unprecedented breakthroughs, creating a medical revolution that changed countless lives.

This is the true story of medical arrogance and triumph, race, poverty and a deep friendship forged between the unlikeliest of people.

Turning the best-selling book into a film wasn’t without its challenges, says the real Skloot, who serves as a Co-Executive Producer on the film. “I didn’t have a full appreciation of how difficult the process would be. I had 400 pages to write about all of the aspects that I felt were imperative to this story and that had to be whittled down to something that would come in less at about two hours.”

While Skloot wasn’t the main scriptwriter on the project, she did fight for the film to contain the right balance. “Just like the book, it was important to me to capture the science,” she said, “but I felt it just as important to show as much of Deborah and Henrietta’s journeys as possible.”

Tony winner George C. Wolfe, who wrote the screenplay and directed the film, added, “The thing that struck me about the book was Deborah’s strong desire to know her story. She was not cerebral, not cultural or political about it, she just had this very strong primal need to know about her mother; to feel that parent/child connection by filling the emptiness that was left behind when her mother died. That had such an emotional musicality to it that I knew it was the line we needed to follow.”

Speaking on watching Rose Byrne portray her, Skloot said, “To have a movie star playing you is surreal. It was one of the strangest experiences of my life because she really captured me. Real moments from my life were brought to life by someone who was playing me very convincingly.”

To get there, Skloot explained that she and Byrne spent a lot of time working together. “We locked ourselves in a hotel room for a few days and went line by line through the script. We talked a lot about how I felt in certain moments. She really captured things that weren’t on the page but were what I really went through.”

Skloot laughed a little as she said, “One of the really funny and kind of telling things that happened was the day I walked in wearing the exact same thing Rose was wearing. It was identical. It was like, ‘oh my god I’m still wearing the same clothes!’ She was wearing it as a costume so it was pretty clear that the wardrobe people totally got me, too.”

Collaborating with the legendary Oprah Winfrey was a slighting unnerving at first, admitted Skloot, but soon become comfortable. “I got to see Oprah as Oprah – very nurturing and funny – all the things you think she is, she is. But then, I got to see Oprah vanish into every scene and really become Deborah. It was amazing.”

Watching ‘Oprah the Actor’s’ methodology was intense, said Skloot. “She really worked to understand Deborah’s motivation. It was a daunting task for her and she admitted that. She said that she knew this was a very complicated role to take on. But then she let herself be vulnerable.”

To get to that place, Skloot says that Oprah constantly listened to the tapes Skloot had made while talking to Deborah. Oprah also called Skloot with many questions. “She was truly figuring out the heart of each scene. She really put in the work and I think it shows every second on screen.”

Wolfe agreed with Skloot’s assessment and added, “Oprah was fearless – that’s the word. Her determination was amazing. She and Rose were very generous with each other. They came without boundaries. Anytime an artist comes in that way, it’s just thrilling. Oprah brought her intelligence, her virtuosity, and purity of commitment to telling this story. Any apprehension, dread or fear she may have felt was non-existent once we started working.”

Some moments on set were both exhilarating and bittersweet for Skloot, she admits. “Oprah and Deborah don’t resemble each other physically, but there were times when I looked at Oprah and she was wearing Deborah’s clothes and moving like Deborah and I was stunned. It really took my breath away because it was like Deborah was there, and in those moments I really wished she could have been with us.” (Deborah passed away before the book was published.)

Thinking about how Deborah would feel about her story being made into a movie, Skloot again laughed a bit as she said, “I think right out she would say, very empathically, ‘I told you so!’ She always said, ‘this book will be a best-seller, lots of people will read it, Oprah will make a movie and she’s going to star in it as me.’ At the time, I didn’t even have a publisher for the book so what she was saying was really out there. But, she was a huge Oprah fan and she talked about Oprah a lot so Oprah was really a part of the story all along really. The hilarious thing is that everything Deborah said has come true.”

After devoting a large portion of her life to tell this story, Skloot admits she’s not terribly sad her part of the journey is coming to an end. “This has been a part of my life for 18 years, and that’s a long time. My life will never not be connected to this story and this family, but right now, I’m just very excited that this is going out in this form to a large audience.”

She says that where the story goes from here is in the hands of the Lacks family. “One of the things that made me the happiest about this is that the family has taken everything that’s happened and moved forward with it. Now Henrietta’s descendants are doing speaking engagements and helping others in unique ways. They’re changing the world. I’m happy to move on and root for them from the sidelines now.”

Wolfe says that while his work is also complete, he’s still haunted by some aspects of the story. “HeLa cells to this day have had an impact on just about every person on the planet, but it’s emotionally and spiritually upsetting to me that this family has not received any financial benefit from their mother’s cells. I understand all the factors involved — that the cells were used for good of humanity and that that was the intention by the scientists and all — but it’s still profoundly unsettling to me.”

To that end, Skloot and members of the Lacks family have set up the Henrietta Lacks Foundation. “I had promised Deborah from the beginning that I would do that. The original idea was for the foundation was to provide educational grants for the Lacks family. Deborah really believed that had she and her family had access to education a lot of the story would have been different for them. They would have been empowered to ask questions and wouldn’t have been so afraid of the science.”

Since its inception, the foundation has shifted to a broader focus, says Skloot. “Now it’s for people who’ve made contributions to science without their consent and their descendants. It’s sort of horrifying how many people qualify under those guidelines. For the Lacks family, I think we’ve given out 56 grants — some for school and others for medical bills and things like that.”

As the true story of Henrietta Lacks, the woman who unknowingly enabled medical miracles, hits the airwaves, Skloot, the woman who spent nearly two decades of her life pushing the story out into the public, hopes that none of this is ever forgotten. “I want this story to live on. And, I want people to donate to the foundation. We need to remember what Henrietta and this family went through, learn from it, and move forward. That’s what Henrietta and Debra would have wanted. Let’s make their pain and suffering worth it.”

‘The Immortal Life of Henrietta Lacks’ premieres on HBO April 22 at 8 pm EST.

To donate to the Henrietta Lacks Foundation, please visit www.henriettalacksfoundation.org 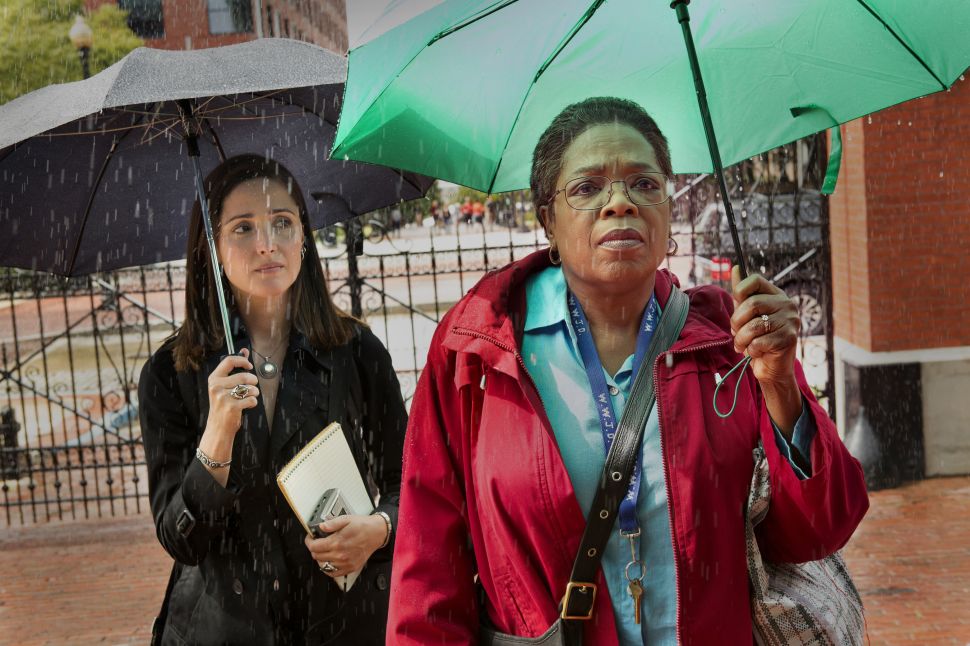