If you enjoyed Netflix’s 13 Reasons Why but thought it needed a dozen or so more alien invasions, or simply miss Buffy the Vampire Slayer‘s classic conceit of “what if break-ups really WERE the end of the world,” BBC America’s Class is going to blow your mind. Only the second* Doctor Who spin-off in the series’ 40-plus-year existence, Class follows the students of Coal Hill Academy (a Who staple), as they juggle the pressures of homework, young love and the occasional appearance of a certain Time Lord. Oh, and if they happen to save all of time and space before fifth period that’s just a plus.

“I especially love the honesty of it,” says Vivian Oparah, who stars as the brilliant Tanya, backstage at last year’s New York Comic-Con. “Sometimes you watch stuff and you’re like, ‘This would never happen.’ And I know you must be thinking, ‘but there are aliens!’ But it remains grounded so much in reality. People make stuff for young people and you think ‘this is so off.’ But this is so on.”

Class‘s teenage credentials come courtesy of its creator and writer, Patrick Ness, the young-adult author behind the award-winning “Chaos Trilogy” and 2011’s A Monster Calls. “I think [what you do in high-school] is only irrational when you grow out of them,” Ness told us. “When you’re there, it all makes perfect sense. That’s always been a real focus of my writing.”

“One of the most damaging things you can say to anybody is, ‘You’ll grow out of it,'” he continued. “You might, that might be accurate, but you don’t live in a theoretical future, you live in right now. Life is happening right now. So the blessing and curse of being young is that what you feel fills up the entire room. When you’re feeling great, you’re indestructible. When something bad happens, it feels like the world is ending. That is sci-fi rooted. The world is always on the verge of ending. That is what it feels like to be a teenager. I think that’s why adults respond so hugely to Y.A. We all remember. We all just pretend, ‘No, I’m an adult now. I can’t care about that even though I’m secretly thinking about it all the time.’ If you take a teenage series seriously, and truthfully, and really respect the things they’re going through, really interesting stuff comes up.”

Greg Austin–who plays Charlie, a Coal Hill pupil that just happens to also be a Rhodian prince–offered some advice to his on-screen counterpart. “I’d say to Charlie that there is life beyond what you see in front of you…beyond the choices you have to make right now,” the actor says. “Charlie puts a lot of pressure on himself. He’s very passionate and disciplined to become the best at everything that he does. He kind of puts even more pressure on himself if he’s not the best.”

“If you want goo,” chimed in Austin, “there is definitely goo.”

[*Note: We originally stated that Class was the first Doctor Who spin-off, forgetting completely about Torchwood. Apologies, Torchwood] 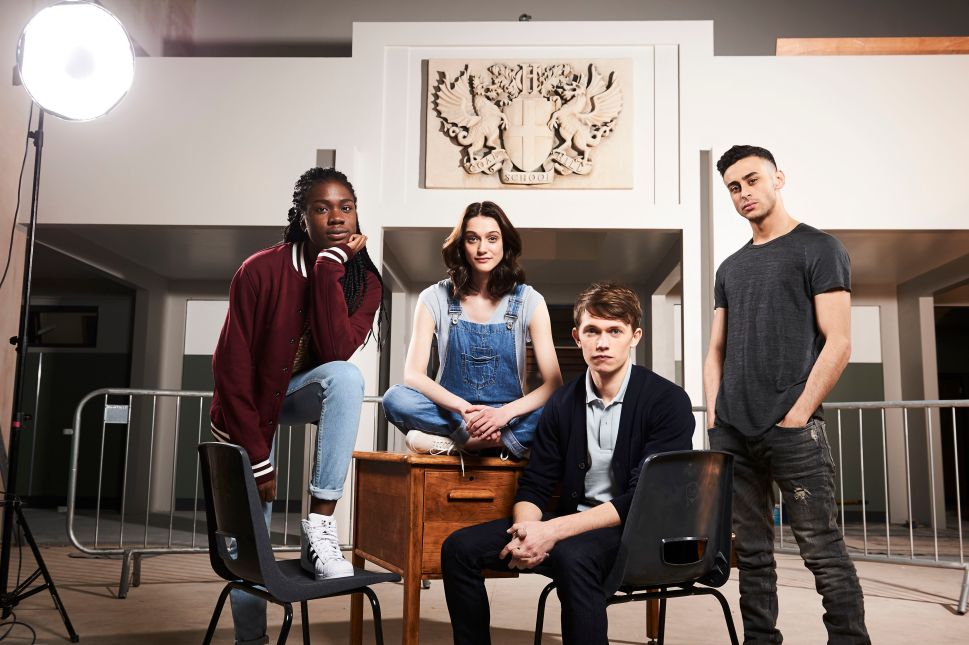