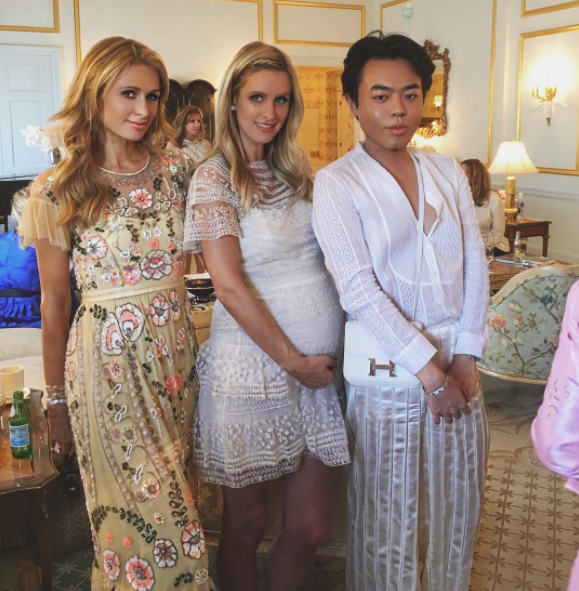 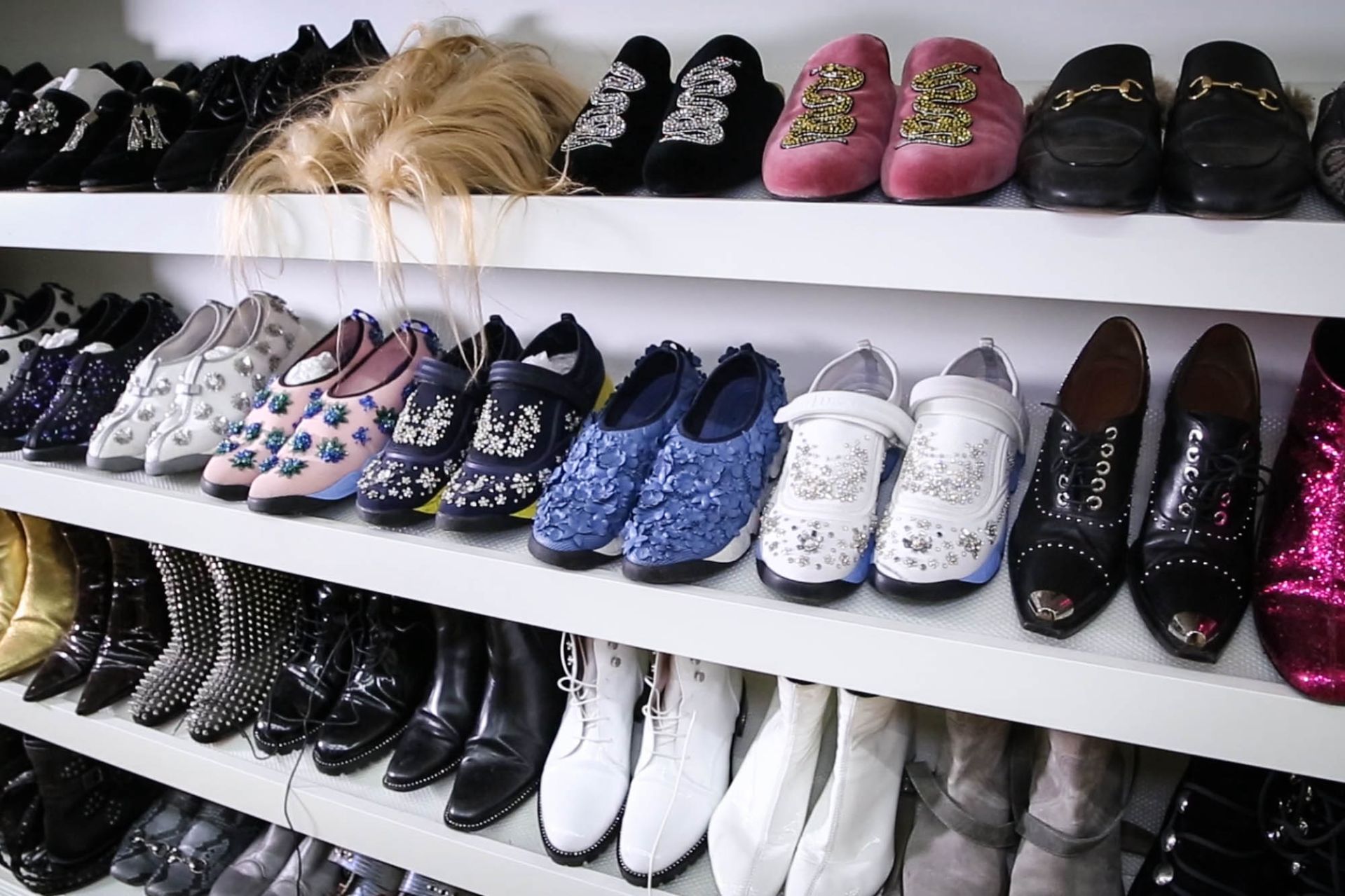 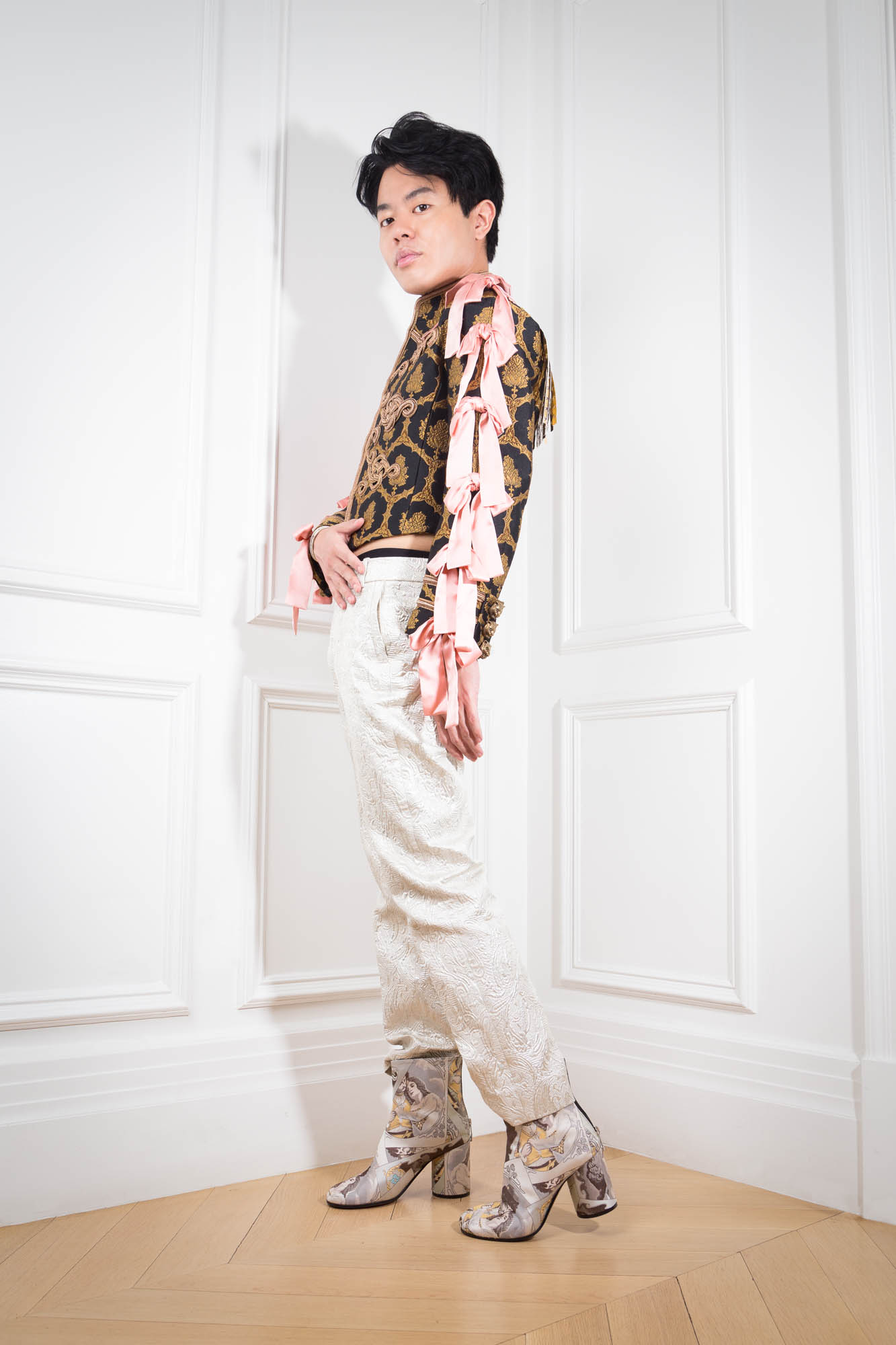 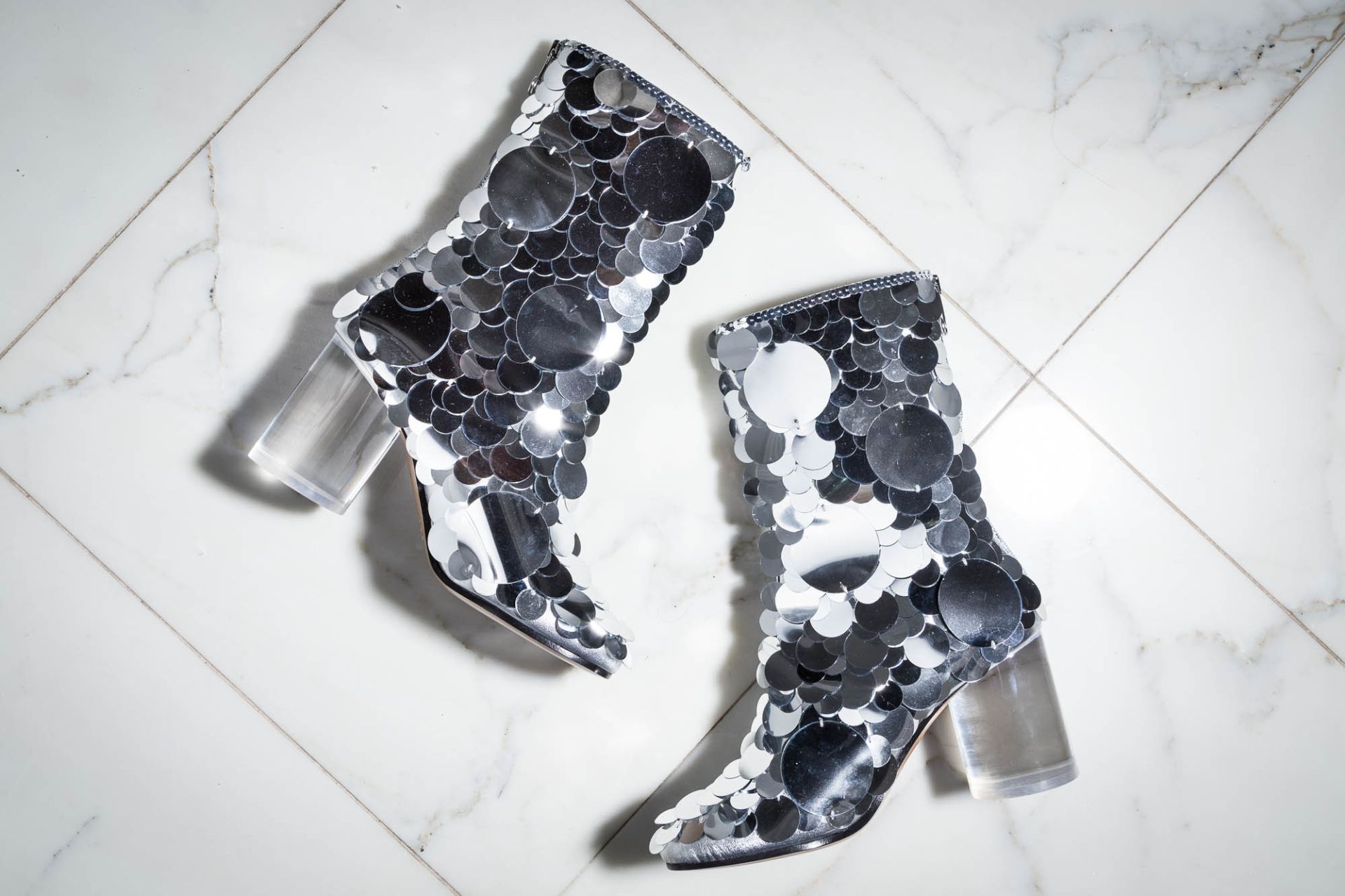 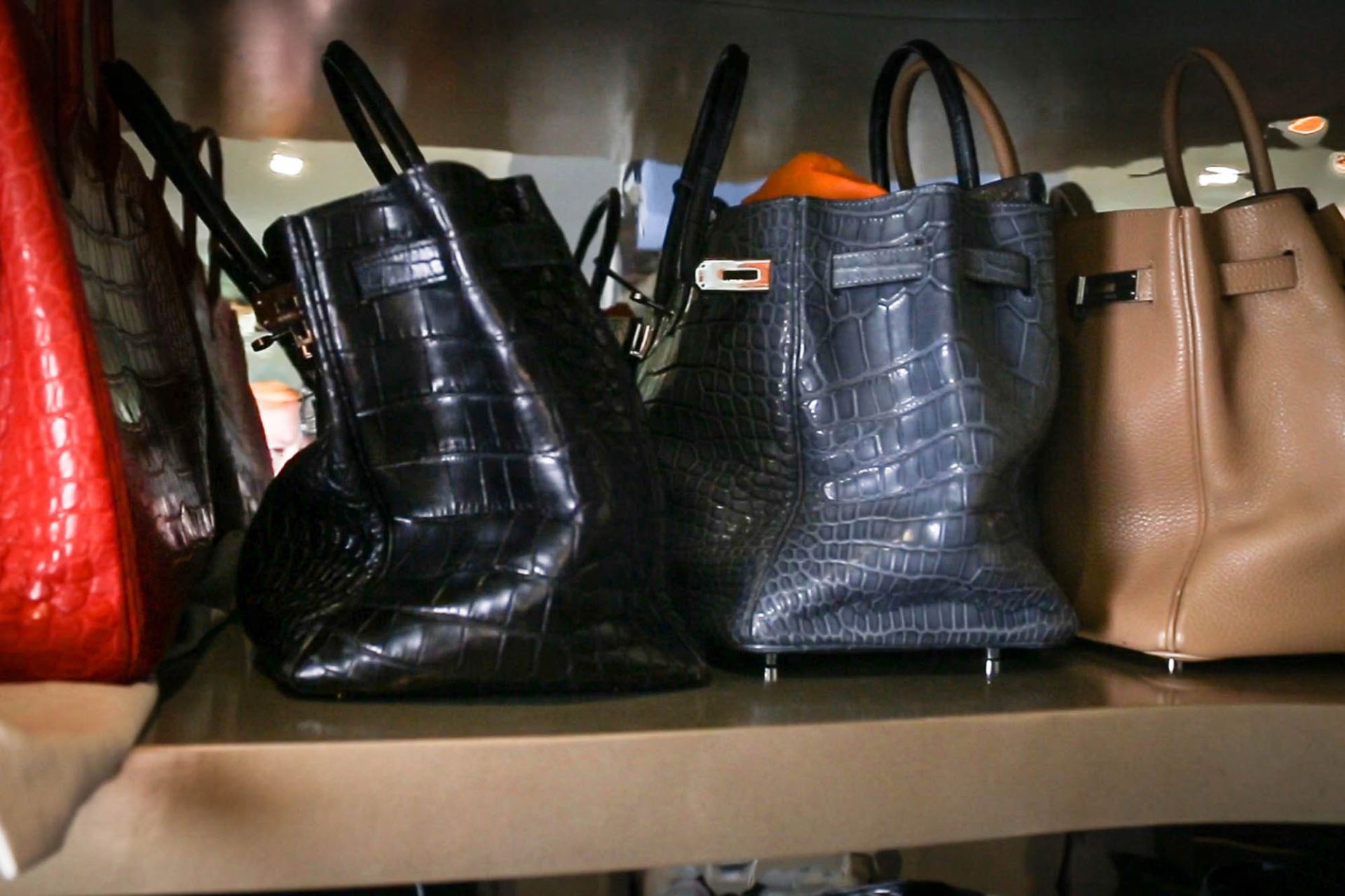 A peek at his Hermès collection.
Observer Video Still 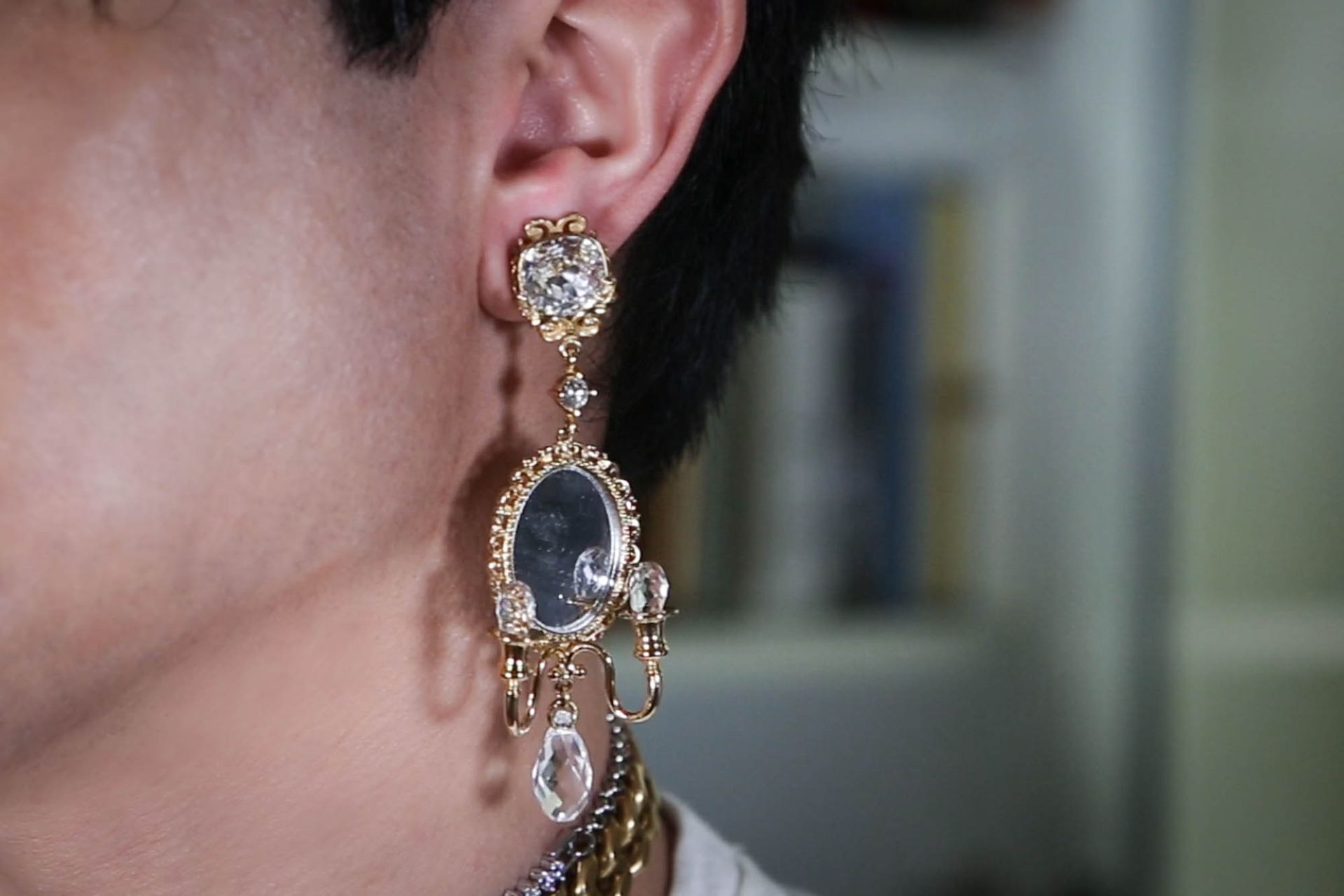 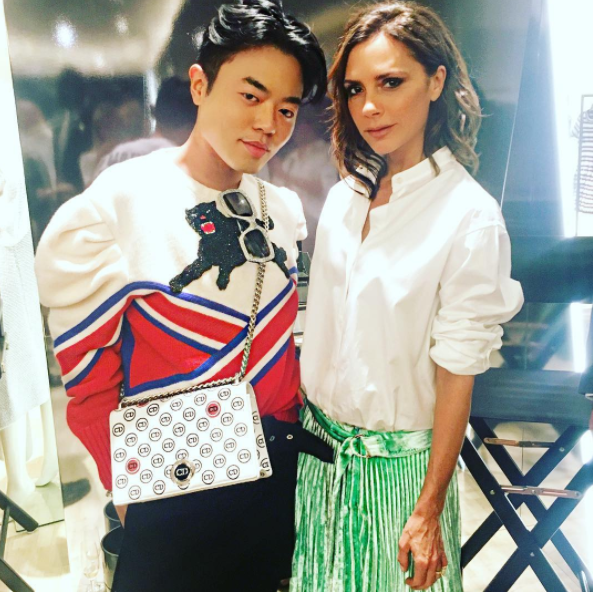 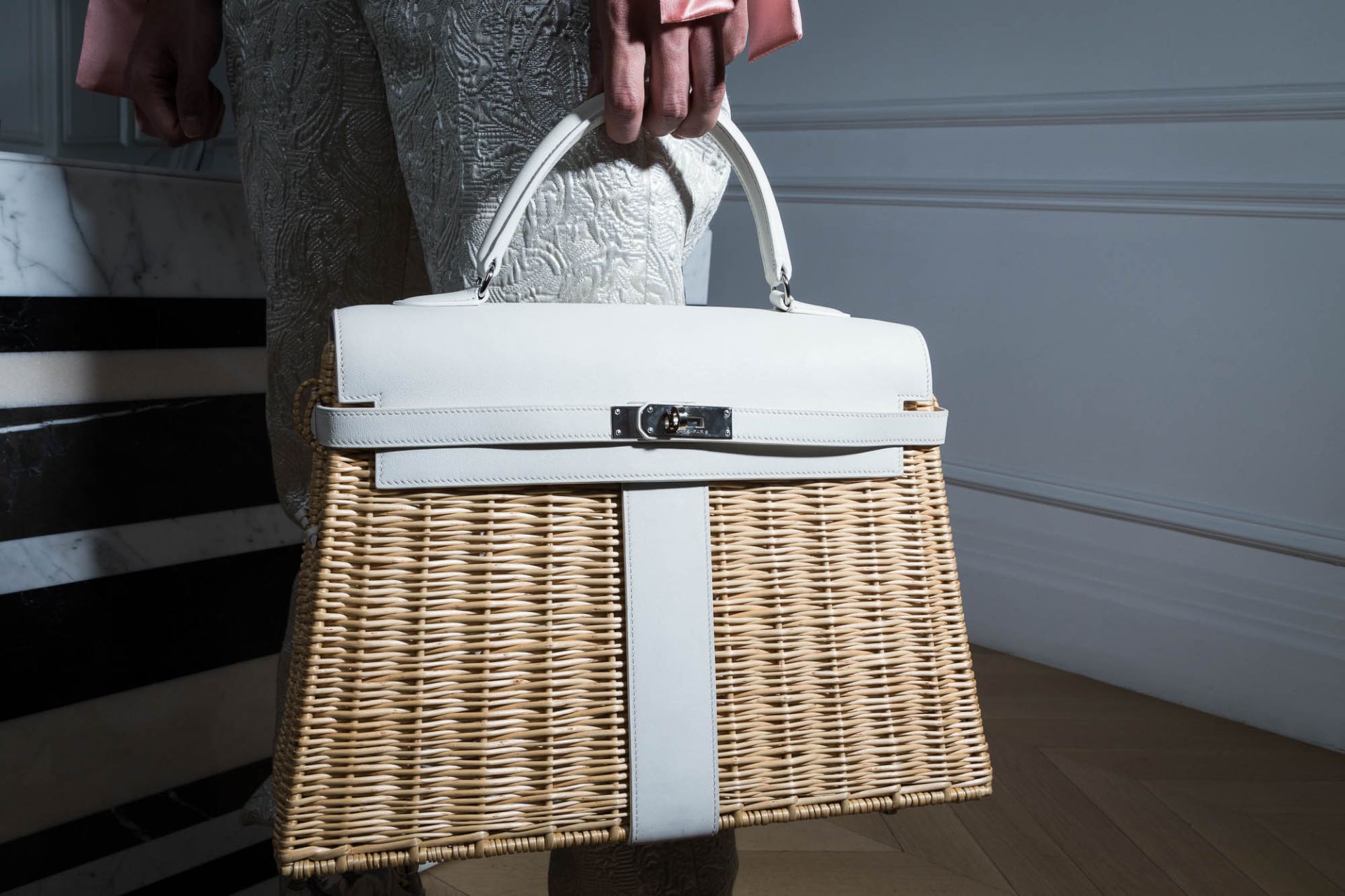 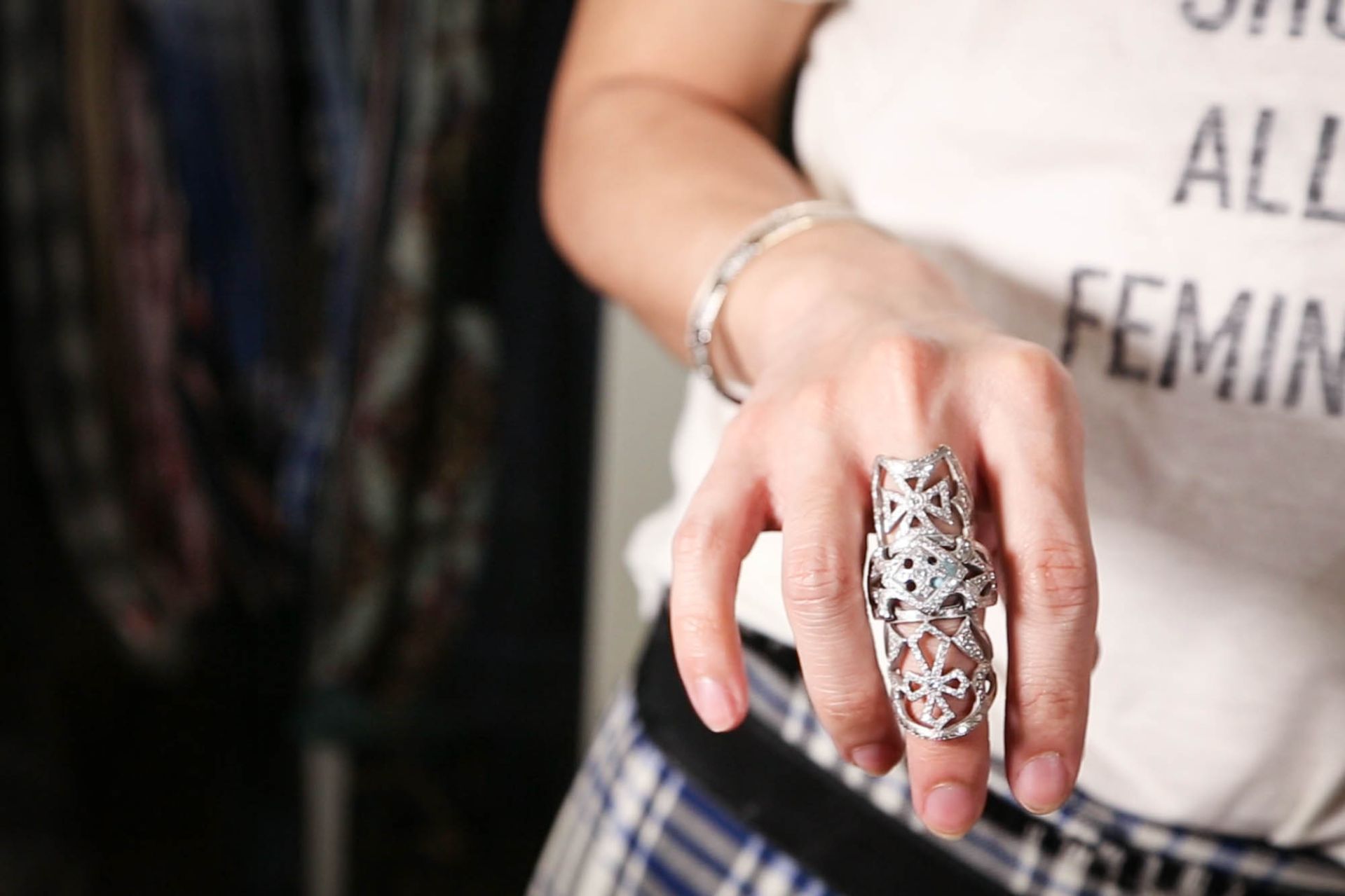 One of his favorite jewelry pieces. William also loves chokers, and had one made by his friend Dana Lorenz, the designer of Fallon.
Observer Video Still 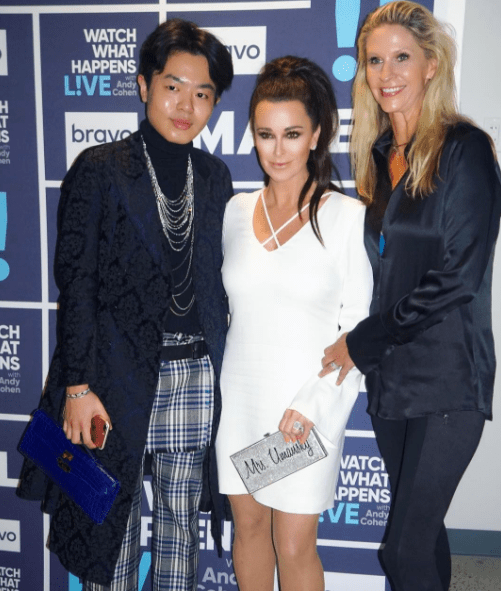 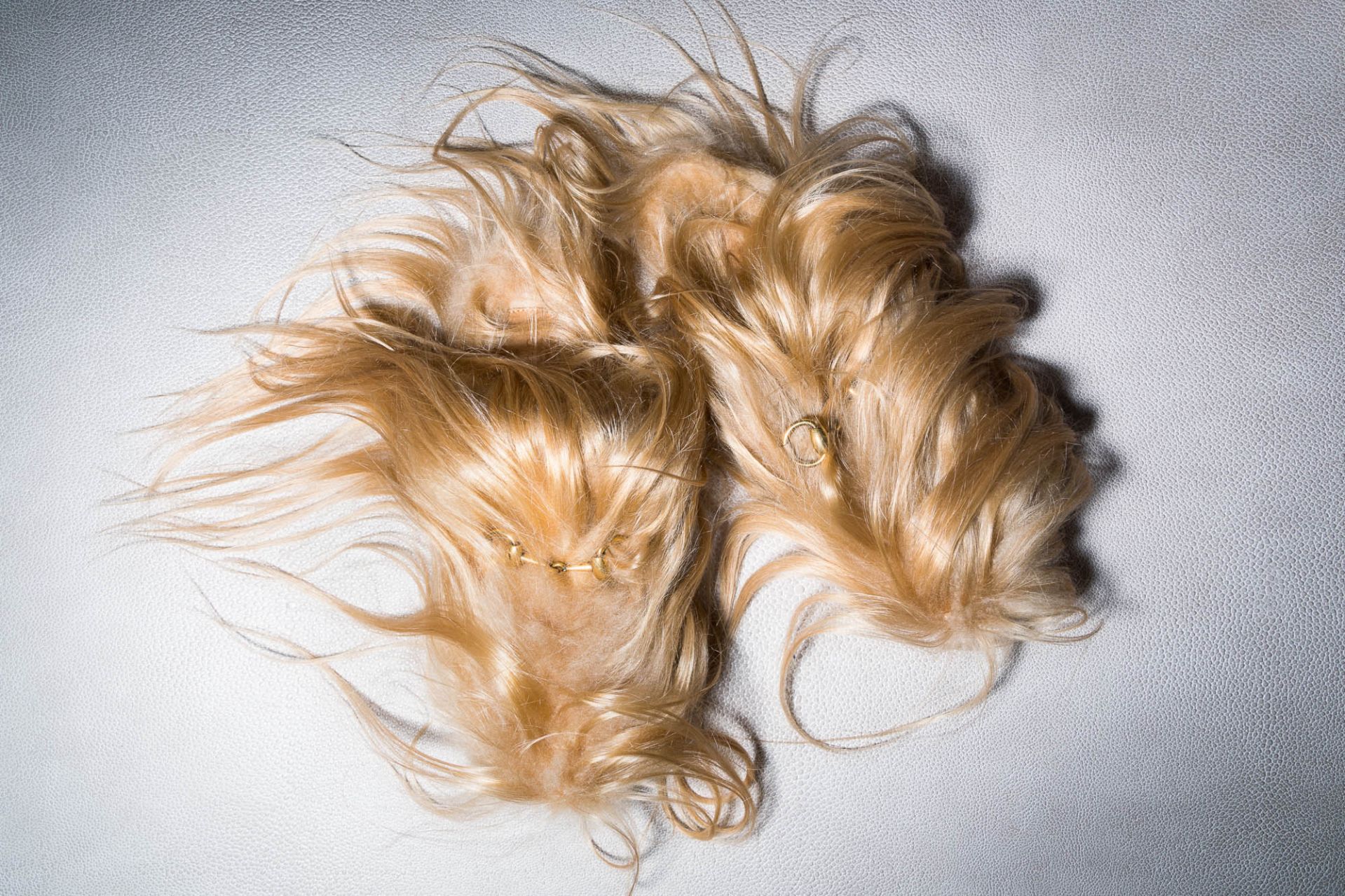 When he saw these Gucci shoes on the runway, he had to have them.
Kaitlyn Flannagan for Observer 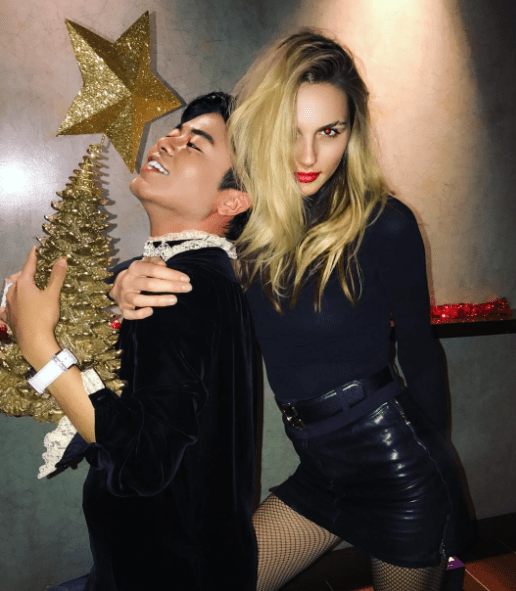 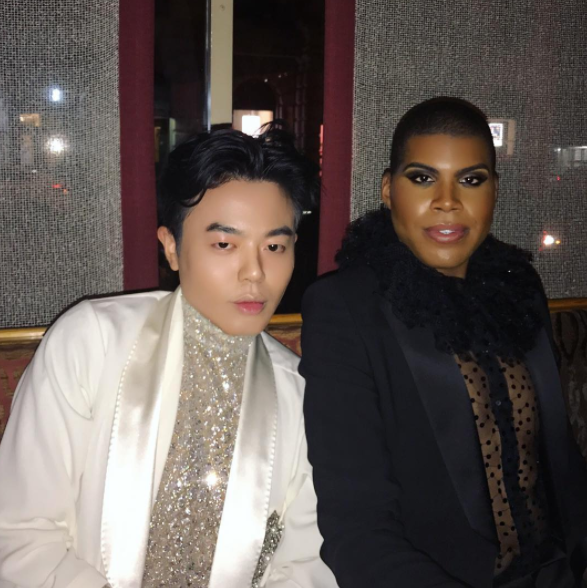 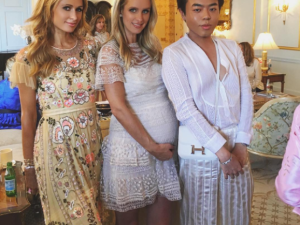 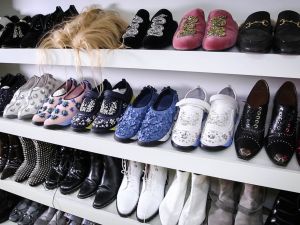 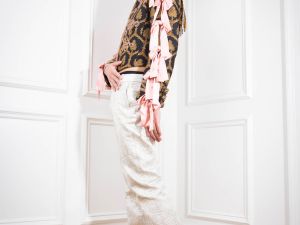 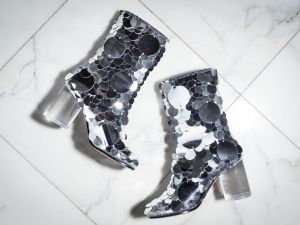 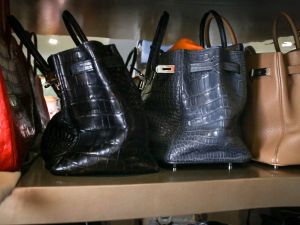 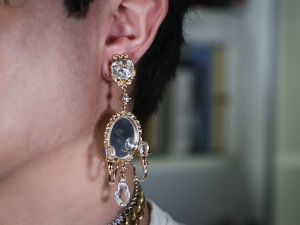 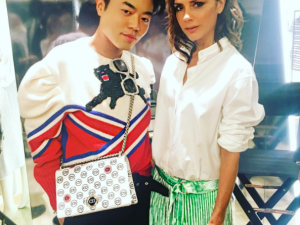 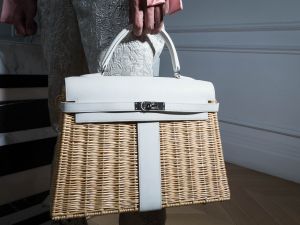 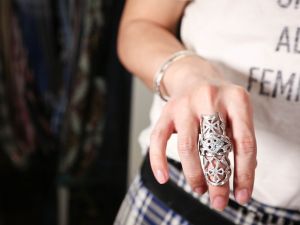 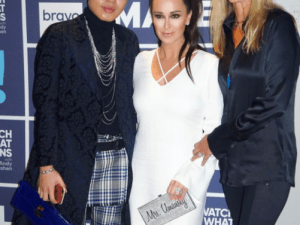 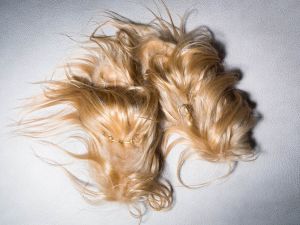 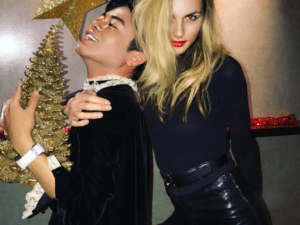 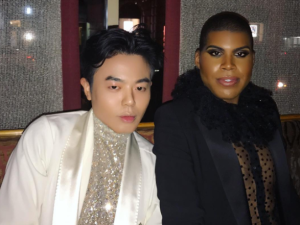 Ezra William is the Instagram star-slash-budding restaurateur with a closet rivaling Carrie Bradshaw’s. He’s focused on opening a restaurant this fall, with a concept similar to Indochine, but with an updated, Instagram friendly vibe. Those aesthetic preferences make sense, as William spends plenty of time documenting his evenings out with the Snap Pack, in addition to his runway ready style .

William amassed quite the bi-coastal squad while living between New York and Los Angeles. He counts Paris and Nicky Hilton as friends (a photograph of Nicky’s wedding day sits on his mantel, in a mirrored, Fendi decorated living room). He can often be found posing alongside the Bravo roster, including Rich Kids of Beverly Hills star Dorothy Wang and Housewife Kyle Richards. Oh, and he’s friends with Pretty Little Liar’s Ashley Benson.

The NYU grad took the Observer inside his closet to show off his decidedly ’90s-inspired style. He walked (and spun) us through his bedazzled jackets; one major influence for William is Britney Spears, during her Justin Timberlake denim days. He also shared about his obsession with all things Gucci, including Chewbacca-esque slippers he vows he’ll never wear, and gave us a peek at his enviable Birkin collection, although he wouldn’t reveal exactly how many he owns.