Getting a new place to live is a big deal, especially for residents of super tight rental markets. We get it. In NYC, people who don’t make Wall Street money are made to feel like they might be on the brink of homelessness every time they have to move. What’s the new rule of thumb here? Your annual income should be 666 times your monthly rent? That sounds right.

So when that the new landlord (or the bank) completes their last piece of paperwork and hands over the keys to someone’s new digs, it feels like a real victory. Those crude pieces of metal feel better than that moment in the original Legend of Zelda game when the old man in the cave handed over a sword, saying, “It’s dangerous to go alone! Take this!” So what better way to mark that moment of victorious non-homelessness than by posting a photo of your new keys on Instagram.

But seriously: stop doing that.

Just about one year ago, we wrote that reporters need to stop posting photos of actual keys in news stories that feature important keys. It started with TSA master luggage keys, but then we found keys for gas pumps and elevator access panels.

The reason it’s a bad idea is simple: it’s easy to make copies of most keys from a photo, at least for people who know what they are doing. Ten years ago, UC San Diego researchers duplicated keys from a photo taken with a telephoto lens. It didn’t matter that the photo wasn’t straight on. That was a simple fix with computer vision.

Regular people, it turns out, also love posting photos of keys to their homes on the current dominant place for photo sharing: Instagram. This is also a bad idea for the same reason.

We did a quick scan with the hashtag #keys and just started scrolling backward to see what we found. We only had to go six hours back in time to find 15 photos that included shots where someone could make out the teeth on at least one key, but most of the shots showed more than one key’s teeth clearly.

#NewApartment, #Apartment, #NewHome and #NewHouse were also fonts of such photos.

We are intentionally not linking to any of these shots. I did not do any analysis of which filter folks preferred for their online home invasion invitations.

You may be thinking: what good is a key, of course, if you don’t know where the lock is?

This is a good opportunity to talk about threat models, which is a way of asking: what are you worried about?

It would be fairly trivial for a burglar to scroll through Instagram, find someone who looked like they had money and make a copy of their key. It wouldn’t take James Bond to work out where someone lived from other information most people share on the site. And, by the way, one of the photos we found actually did show the street address for the new place.

But that seems like the less compelling danger. The more likely threat would come from ex-partners, snoops and stalkers. If you’ve ever had a problem with people who didn’t know how to take a hint, please don’t make it easy for them to get a key to your home. Don’t post photos of your new keys online.

Once homes flip over to regulating entrances with electronics, photos of plastic fobs and such shouldn’t present much of a security problem. As long as we’re still using standardized filed pieces of metal that can be bought in any hardware store in the country, don’t post photos of your new keys, though.

You’ve got a nice smile. A selfie will get more likes anyway. 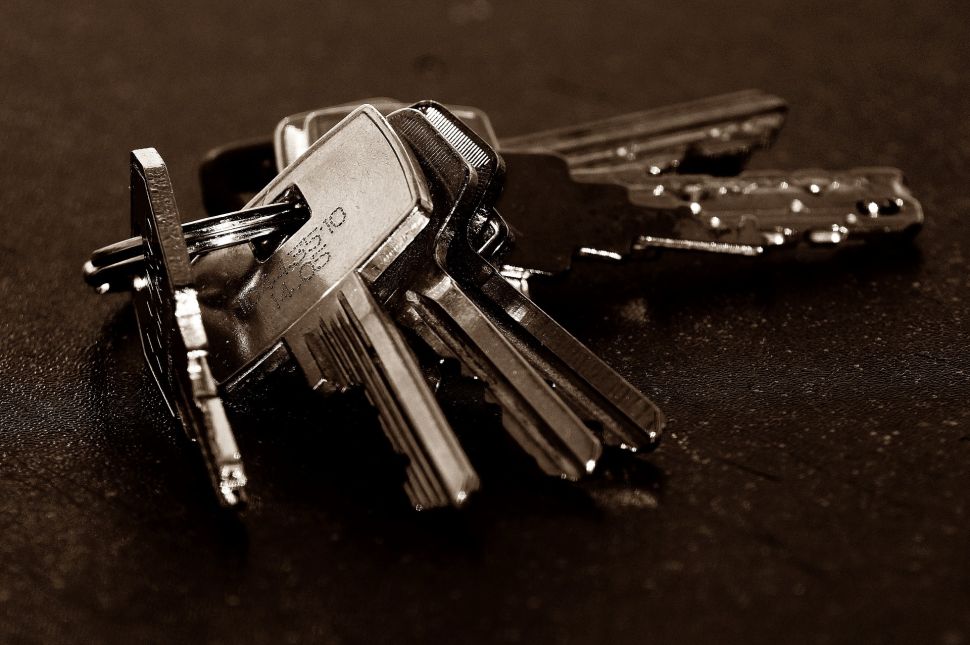