Louis C.K. has a new Netflix special, and the comedian remains his old angry-funny self. Here are some quotable moments.

The whole world is just made of people who didn't kill themselves today. #LouisCK

"All religions are equal, but the Christians won. Act accordingly. " #LouisCK

#LouisCK on #LSSC is KILLING it! Best part: "You don't vote because you WANT to…You vote because it's what you do when you're an adult"

"You're either alone, or you're in a shitty thing. That covers 100% of human beings." #louisck

Anyone watch that new #louisck special yet? "I'm pretty sure the end of Magic Mike is that I'm gay." I love that guy lol. 😂😂😂😂

"Not having an abortion that you need is like not taking a sh*t. – Louis CK

The clown skit on #SNL with Louis CK was one of the funniest things I've seen on that show in years. Possibly ever pic.twitter.com/GX3QjnaSzc

Just now watching SNL and Louis CK is my new TV boo. He is such a sexy daddy! His tenement building skit with Kate McKennon was so funny. That man is a husband. Bitto, remember when we did the tenement museum tour? Ours was little more tame than SNL's. #louisck #snl #katemckennon #tenementmuseum #funny #sexy #boo

Louis CK's chicken joke on #snl was the best..

Alec Baldwin returned as Trump after a month-long hiatus. He also played Bill O’Reilly interviewing himself as Trump. Whew!

We're on tonight people… get your popcorn and tell a friend.

It's like U found a finger in your chilli but you still eat it cuz you told everyone how much U LUV chilli #fingerchili #SNL pic.twitter.com/uMWMdP62XW

I never knew I needed Cecily Strong as Kendall Jenner in my life pic.twitter.com/aHg5Hn62lg

Cecily Strong as Kendall Jenner on #SNL was the best thing I've ever seen.

Meanwhile, there’s only one episode of Girls remaining, and people are gearing up to say goodbye.

I can't get over it. I just can't. #girlshbo #hannahandadam #girls 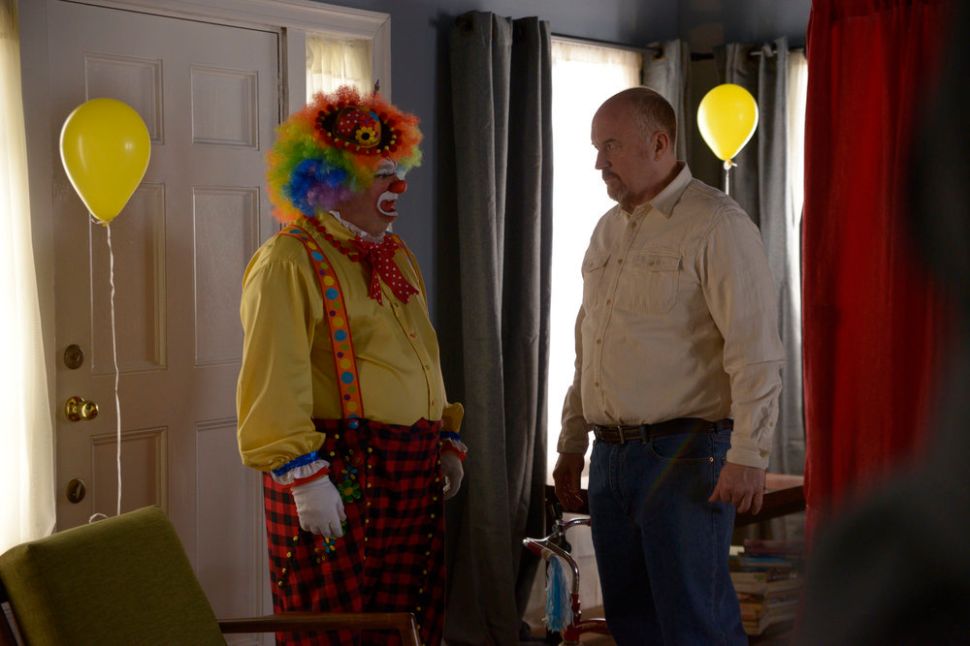