I’m not trying to be ageist or anything—he looks fantastic, really. Aside from his hairline going a little Florida peninsula, his eyes are as blue and piercing as ever, and since he’s not a woman, Hollywood has no official rule against forcing him to play only widowers and astringent public servants now that he’s on the other side of the big 4-0. Jude Law really shouldn’t be worried about his age, and yet, looking at his recent career choices, I am almost certain he is going through a midlife crisis.

Exhibit A? The Young Pope. If you haven’t experienced the divine extasy of The Young Pope, I recommend you stock up on communion wafers and red wine and take the next three days staring into Jude Law’s beautiful face as he screams at Catholic people and drops babies. It’s a strange and surreal drama—its opening scene is Jude Law crawling from beneath a mountain of babies, and if Jude Law had even the first line of the script there’s no way he would have agreed to this show. But he didn’t read the first line of the script. He read the title, or more specifically, the first two words of the title. Because once he got to the word “young,” he stopped. Young? Jude Law thought. I’m in.

And now, on to exhibit B: it was just announced that Jude Law will be playing the Young Dumbledore (or, Youngledore, as I’ve decided he will be known) in the sequel to Fantastic Beasts and Where to Find Them. In some ways, the casting makes sense—he has the sparkling blue eyes, by law you’re not allowed to be a British actor who doesn’t appear in the Harry Potter franchise—but in other ways, it’s a little nonsensical: Eddie Redmayne, who plays the Fantastic Beasts-lead Newt Scamander, is 35 years old, only 9 years younger than Law, whose character was a professor at Hogwarts while Scamander was a student.

Of course, you can argue that the prodigious Dumbledore could have become a professor almost immediately after graduating school, and so would have been 20 when Scamander was a first year. But Dumbledore is also supposed to be contemporaries with Gellert Grindlewald, played by Johnny Depp, who’s 9 years Law’s senior, which means this version of Dumbledore was in love with an older man. Bom-chicka wah wah.

Still, the important thing is that Jude Law is getting work that lets him feel good about himself. Who cares if his next birthday cake says he’s turning 39 for the sixth time: you’re only as young as you feel—or, in Law’s case, as young as the characters you play. We can only imagine his disappointment in getting edged out of the coveted role of Boss Baby. 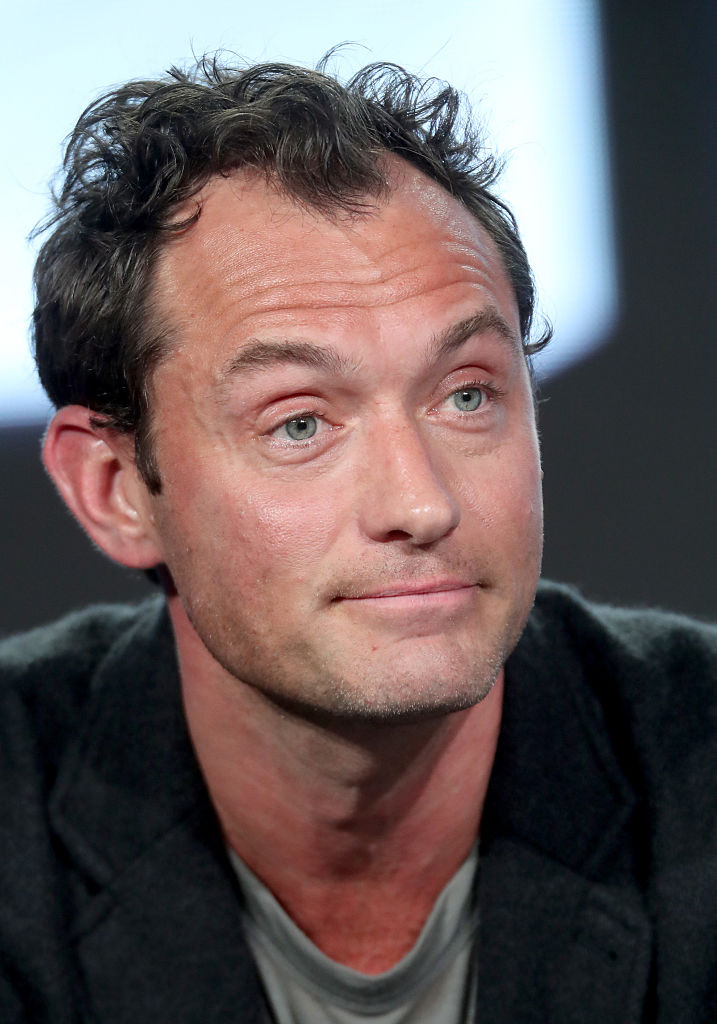