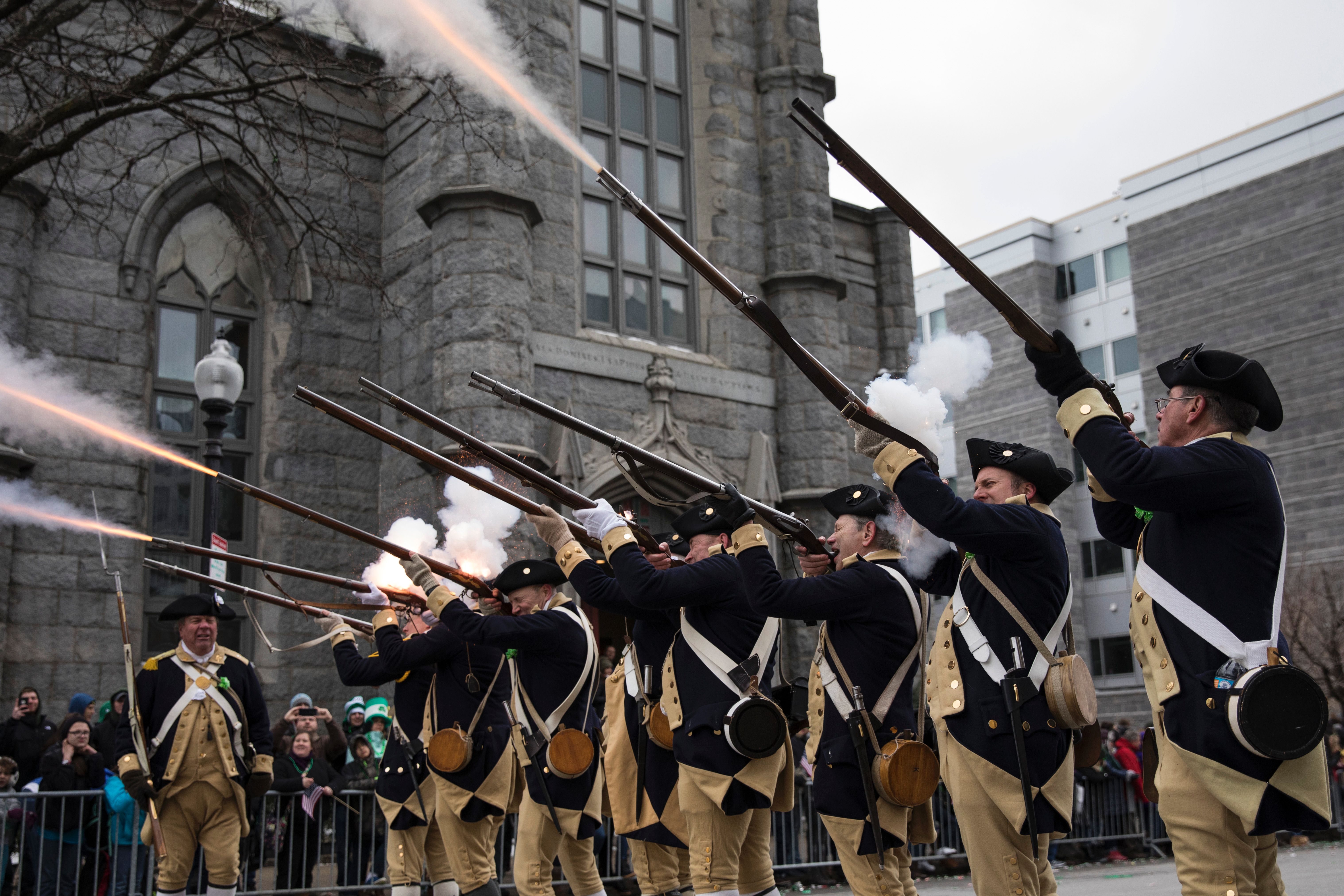 This article originally appeared on Quora: Is the United States on the brink of a political revolution?

Is the United States on the Brink of a Political Revolution?

No. We don’t have enough teenagers.

When I was an officer in the Air Force, I was a data scientist and at one point we were tasked with determining what level of violence in Iraq could be considered “normal” so that we could declare victory and leave with dignity. Obviously, the base level of violence in Iraq would be higher than in Sweden, but precisely how much higher and why? These were the questions.

We did analysis on hundreds of factors across centuries worth of data from hundreds of countries to determine what drove the levels of violence in a society. The worst violence levels are obviously during civil wars and government collapse. We looked at wealth inequality, famine, disease, number of children per woman, infant mortality, median GDP, average GDP… literally hundreds of factors and their cross-dependencies that numbered in the quadrillions—think average GDP combined with median life expectancy combined with infant mortality combined with…you get the idea.

What we found was that the most significant factor was the number of individuals aged 13–19 relative to the number of individuals aged over 35. If the teenage group ever exceeded the over 35 group, violence increased to the point there was a very high chance of civil war. Furthermore, the opposite was true. If the 35+ yr olds outnumbered the teenagers, there was no chance of civil war.

Look at Democratic Republic of the Congo: 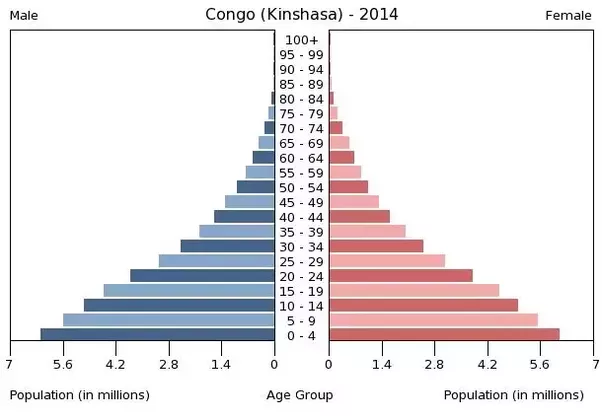 They have LOTS of teenagers relative to 35+ yr olds.

Now look at the United States: 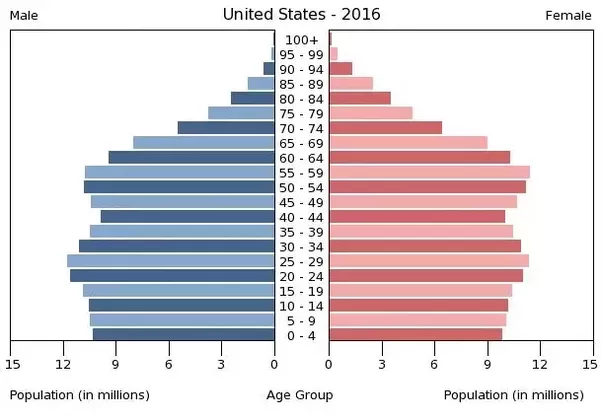 Teenagers are drastically outnumbered by the 35+ yr olds in 2016. This was not the case in 1860, by the way. The US population pyramid looked a lot more like DRC at the start of our civil war.

These steep pyramids are caused by a combination of factors: high infant mortality, low life expectancy, and low female education. These factors combine to prevent women from using birth control and they “hedge” their losses of children by having a lot of them (too many actually even accounting for early deaths). These numerous children then receive less attention, less affection, and less education. They don’t have productive means of employment, and when they get hit with the wave of hormones we all experienced during our teenage years, they aren’t in school, don’t have a job, and don’t have a mother to give them the love they need. All it takes is some charismatic leader to rally them behind a populist cause and boom the powder keg explodes.

The craziest part of my story was that we did this research in 2007. At the time, there were several countries that had the same population pyramid with tons of teenagers but low violence and no civil war: Egypt, Syria, Libya, Yemen, and Iran (Tunisia wasn’t as bad, actually). The “bosses” said this was a real problem with our theory, and we tried to explain it away by saying maybe in the 21st century where dictators have access to fighter jets and tanks that they can hold the teenagers back from starting a civil war. Little did we know we had accidentally predicted the Arab Spring by nearly three years!

I love data. It lends measurability to beliefs. And the data says there is no way we are overthrowing our government in the United States through violence. There just aren’t enough teenagers.

A few things to note:

(1) Things really aren’t that bad in the US.

I would like to add an anecdote about how we tend to respond to people we disagree with: Right now, most people say nothing and just go about their day. A large minority go to the trouble of writing things on Facebook or Twitter in ALL CAPS. Still fewer actually go to the trouble of standing outside and holding a sign. And fewer still get into screaming matches. Even less than that will go so far as to physically hit someone they disagree with, and even less than that will actually kill those they disagree with.

(2) I didn’t really answer the question.

(3) Knowing what you don’t know is knowledge.

The question I actually answered was: What causes huge levels of violence? My answer was: Having too many teenagers.

People have been asking me all manner of related questions such as:

“So since you didn’t answer the original question, what are the causes of political revolutions?”

“X country has a lot of violence, why is there no revolution?”

“What can we do to fix this in the countries that are suffering or at risk?”

“Do high levels of teenagers lead to terrorism?”

“What are the trends for age of population in more peaceful revolutions?”

My answer to these and dozens of others is: I don’t know.

Knowing what you don’t know is knowledge. One of the things you learn as a data scientist is that most of the things we think we know are actually illusions. You start with a hypothesis—a gut instinct about what you think is happening in the data—but then you try your hardest to prove that your gut instinct is wrong. If you “fail to reject” that hypothesis with more than 95% confidence, then you can feel confident that know something about that one specific question. The second someone asks you a related but not identical question, you have to start over from scratch and do it all again.

These answers are very expensive.

Is space exploration a waste of money?
What should governments do to prepare for the technological automation of human jobs?
Is there any evidence that term limits for elected officials help improve the government? 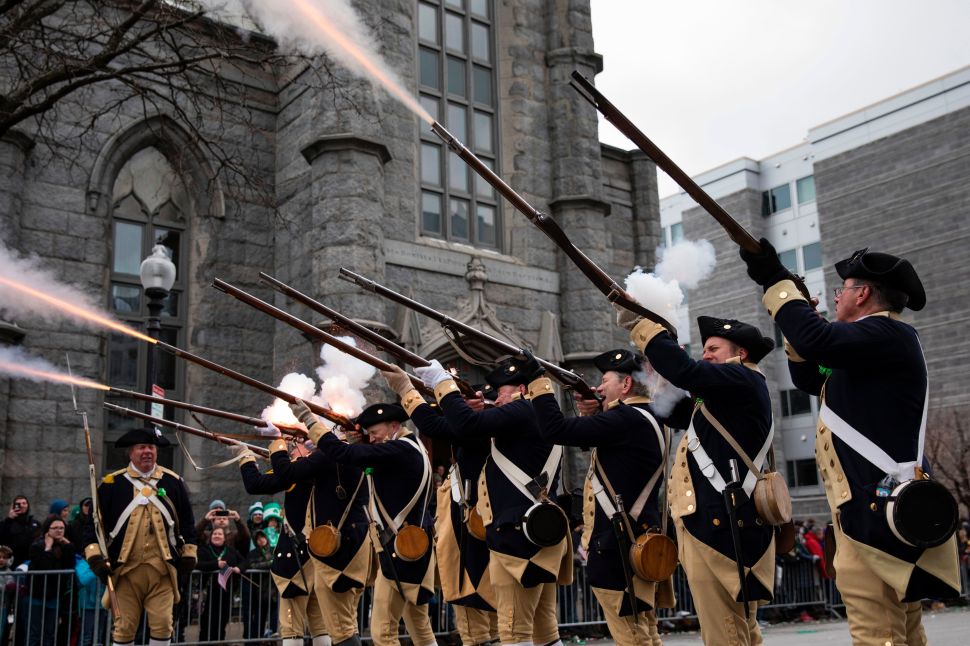